Milwaukee joined a national movement to care for Civil War veterans, and this event helped raise money for the cause. 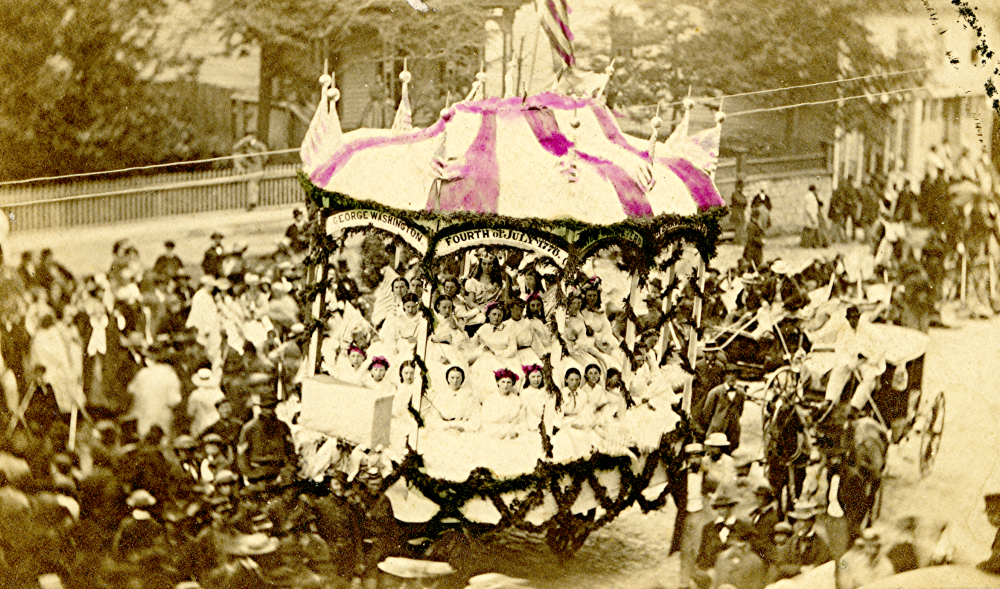 In the summer of 1865 the Civil War had just ended, leaving behind a legacy of many wounded soldiers. As health care facilities were very lacking at that time, the larger cities in the north held “Sanitary Fairs” to raise funds for the veterans’ care. The first was held in Chicago in 1863. This would inspire a group of Milwaukee women to stage their own event here in 1865.

Milwaukee’s event would be named the “Soldiers Home Fair” and would raise funds for the purpose of building one here. Among the organizers were Lydia Ely Hewitt, Mrs. Alexander Mitchell, Mrs. D.A. Olin, Mrs. John Nazro and Fanny Buttrick. A special building was constructed for the event. It was sited along the west side of Main St. (now N. Broadway) and stretched for about a block, actually crossing Huron St. (now E. Clybourn St.).

The illustration reproduced below is a woodcut of the pavilion that appeared in the Milwaukee Sentinel on May 26, 1965. The building was designed by architect Edward Townsend Mix and when the fair was over the structure would be dismantled and the timber resold to generate more funds for this benefit. The fair ran from June 28 to July 12. To kick off the festivities a parade was staged where war veterans would march to the pavilion. 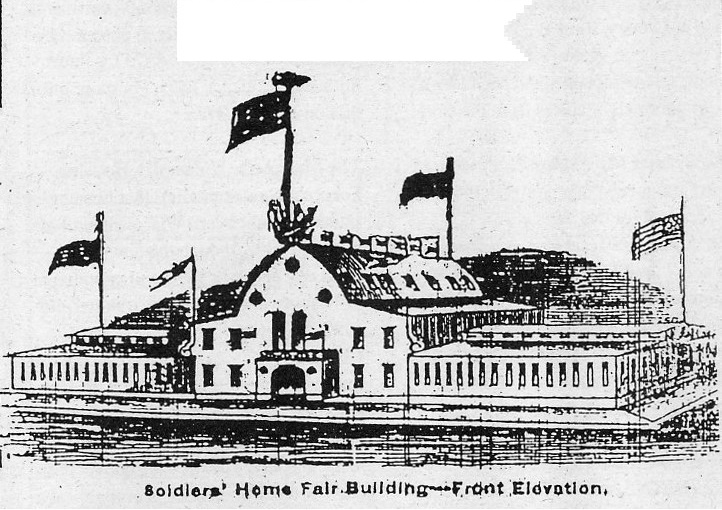 The photograph above (top of story) is a very rare view of one of the parade floats, with a few added hints of hand coloring. This is probably taken on Main Street. Downtown east of Water St. was still very residential at this time, a fact that would quickly change in the coming years. The photographer was William H. Sherman whose studio had recently been relocated to Main St., just north of the Newhall House Hotel. Rare interior photographs of the fair will be featured in the next few weeks.