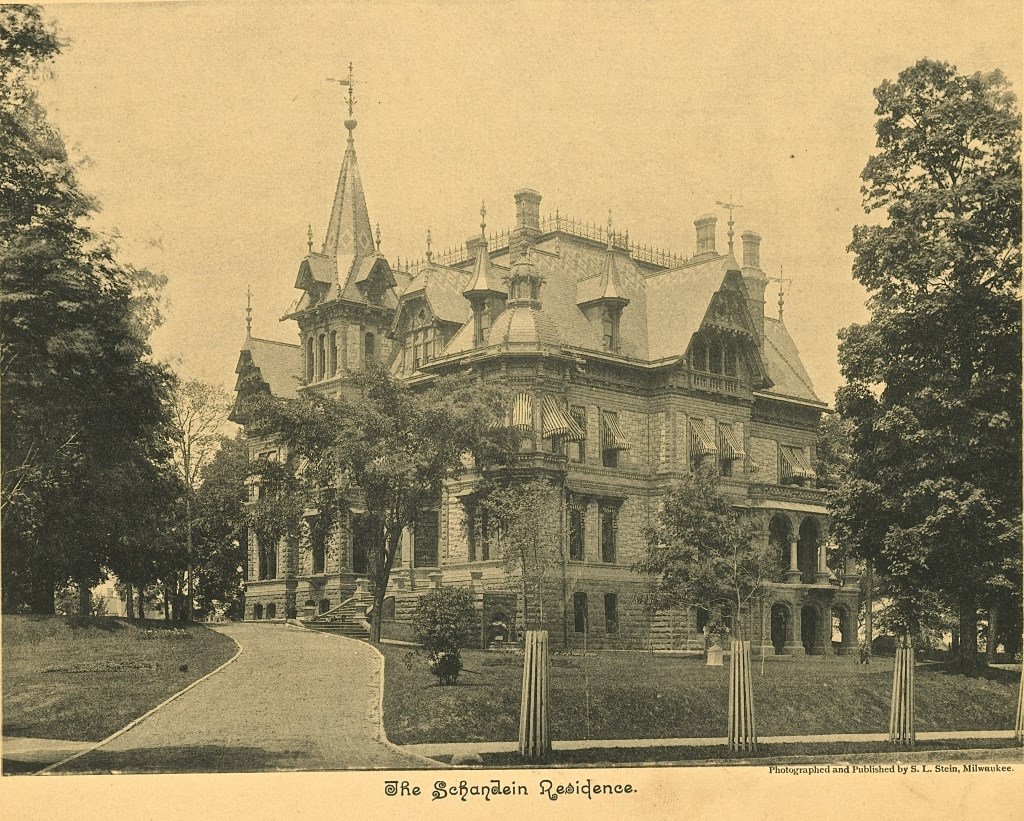 Lisette Best, the granddaughter of Milwaukee brewery pioneer Jacob Best, was born in this city in 1848. At that time it was a tiny brewery with no hints that by the end of the 19th century it would become the nations largest. In 1859 her father Phillip would assume full ownership of the brewery and then name it after himself. In 1864 his daughter Maria’s husband Frederick Pabst would purchase a half interest in the brewery. In 1866 Lisette would marry Emil Schandein who would acquire the remaining half. Around 1869 the brewery would purchase the Melms Brewery, then the city’s biggest, from the widow of Charles Melms after his sudden death that year. This would be renamed the Phillip Best South Side Brewery.

Lisette, then in her early twenties, and her husband Emil Schandein then moved into the Melms mansion. In 1874 Lisette would travel to Germany and return with a 10-year-old boy named Jacob Heyl who would move in with the family and while still a teen, commence an affair with Lisette. Heyl later married her daughter Louise in 1886, but this was a sham marriage as his true love interest was Lisette herself. In 1888 Louise would die unexpectedly and a few months later her grieving father would also pass away while traveling in Germany. By now the brewery was thriving, growing by leaps and bounds, and Emil Schandein was in the process of building a new dream home at what now is 24th and Wisconsin. It would occupy an entire city lot and by comparison was at least double the size of the Frederick Pabst mansion just a few blocks to the east.

In 1889, one year after her husband’s death, Lisette would move into the dream home he had been building, along with Mr. Heyl and her other daughter Clara. That same year the brewery would be renamed Pabst and she would fill her late husband’s position as vice-president. Lisette was now officially a beer baroness. What better way to celebrate her new home (and new position) than by throwing a big party! And so Lisette planned a gala wedding, as her daughter Clara was now married to Jacob Heyl. He had now married both daughters while continuing the affair with momma.

Lisette, Clara and Jacob lived together in this spectacular mansion for about 16 years. This is an 1889 photogravure of the newly-completed home. It is from a book published by Simon Stein. Though Stein is credited for its photos, they are widely presumed to be by H.H. Bennett, including this one.

The real fireworks would start after Lisette Schandhein’s death in 1905. As the will left the bulk of the estate to Clara and Jacob Heyl it was immediately contested by Clara’s siblings (a son and third daughter) in a trial in which the secrets of the sham marriage were exposed to the general public. It would make national news. Clara sided with her siblings and they were victorious in court. Clara would now be the executor and she would promptly divorce her husband. Not a fairytale ending at all but great fodder for newspapers of the day.

6 thoughts on “Yesterday’s Milwaukee: Love Nest of A Beer Baroness”