The 12-year-old rapper's message to his city is beyond his years. “Milwaukee should be a positive place, not all these shootings,” he said. 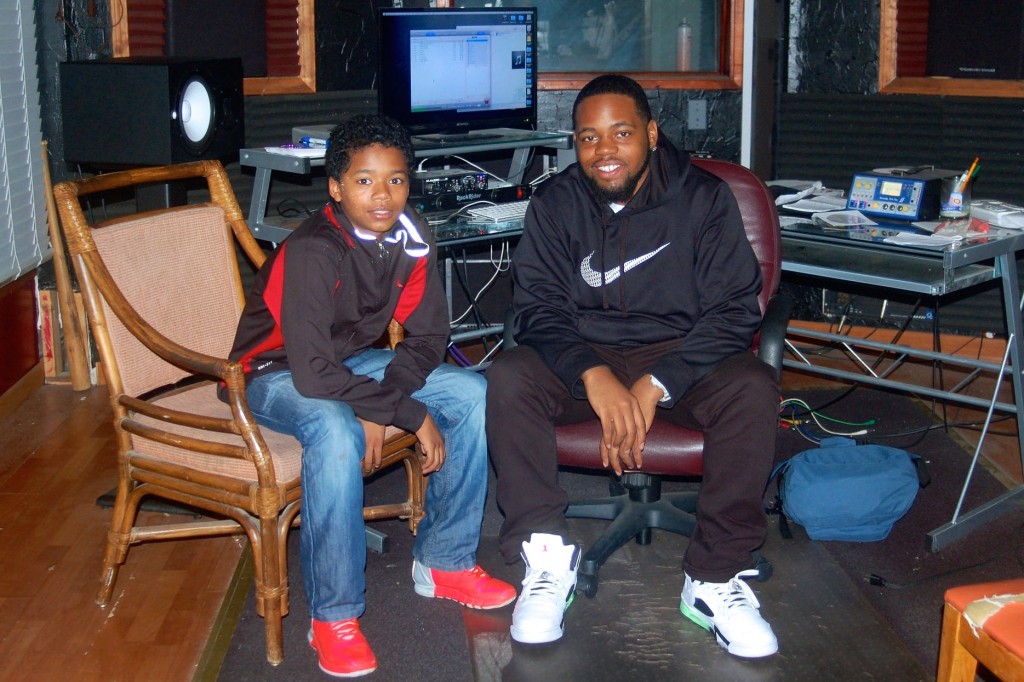 Victor Barnett Jr. and his mentor Dae Hill produce their rap music in the studio at Running Rebels. Photo by Allison Dikanovic.

The chaotic pounding of drums, the steady pulsing of bass-heavy beats and the beeping and blasting of a high-intensity video game leads anyone looking for the Running Rebels after-school program to the second floor. The open rooms of comfy couches, pool tables and Flaming Hot Cheetos are the breeding ground for a young artist with a vision for his city.

Victor Barnett, Jr. is a seventh-grader at Brown Deer Middle School. He can beat most of his friends at 2K NBA for Xbox and claims to be one of the best at math in his whole grade. Victor is also a rapper. His stage name is Lil Vic.

The 12-year-old has a message for his community beyond his years. “Milwaukee should be a positive place, not all these shootings,” Victor said. “We should come together and work together as a whole.” All of his lyrics are positive and encouraging. He says the people he’s met have inspired his songs.

“I’ve heard people’s experiences,” Victor said. “I know people who either have been in jail or got in trouble or have lost somebody because of that and I’ve heard their stories, and it’s not a good, happy life… I also see all these people coming together knowing that most of these people aren’t as bad as people say they are.”

After losing his grandmother to cancer, Victor wrote the song “Everything is Gonna Be Alright,” which he described as “a song about how everyone has problems and struggles, and everything is going to have a good thing come out of it.”

Other songs such as “No More” and “Sunrise” are about the violence that Victor sees and hears about in his community, and the peace that he hopes for. The song “Bout None” is about staying true to yourself. Victor also performed in a five-minute video called “Be the Bridge” that he created with other members of Running Rebels.

Victor’s mentor, Dae Hill, works with him to help write lyrics and produce his songs and music videos. Hill is an alumni of Running Rebels and is now a staff member. He said he’s watched Victor grow up and considers him a brother.

“Working together is easy and natural,” Hill said. “We make it fun. It’s gotta be fun.”

On a recent evening, their studio space in the back room of the third floor of Running Rebels provided a view of a skyline just beginning to light up as the sun went down. The room was dark other than the bluish glow of the computer screen. Hill played several Lil Vic songs, and he and Victor each began to rap the lyrics under their breath and make small-scale hand gestures to the beat. When they realized what they both were doing, they couldn’t stop laughing at each other. 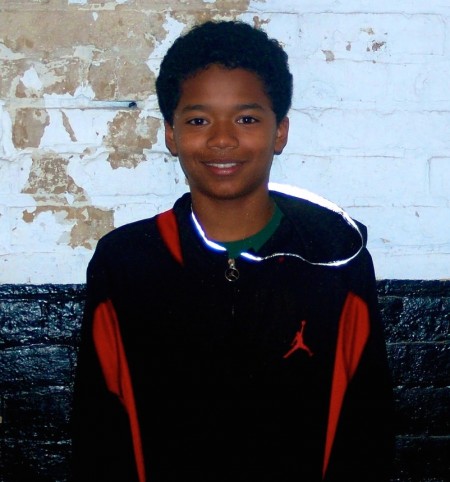 Lil Vic is a hopeful voice for the youth of Milwaukee. Photo by Allison Dikanovic.

“He’s the cool kid… he’s got that cool kid sound that people respect and want to listen to,” Hill said, describing Victor’s voice and performance. Victor turned away, looked down and laughed bashfully to himself, neither confirming nor denying the claim.

Hill said Victor seems humble but flips a switch while performing. “When you see him on stage, you see another side of him. He radiates confidence,” Hill said.

Victor has been rapping for nearly four years, since he was 8 years old. When asked about the early stages of his rap career, he giggled. “We were playing a game. It all started out as a game!” he said, as if divulging a secret. Victor said he used words starting with each letter of the alphabet and put them in a song on a bus ride home from a service trip in New Orleans with Running Rebels. His sister and friends told him he had a good rapping voice.

“I was like, ‘I guess,’ and that’s when I decided to start rapping,” Victor said.

According to Victor, family and friends have served as mentors, pushing him to pursue his music and become the best person he can be. He said that Running Rebels has introduced him to role models that he looks up to, and he hopes that his music can encourage others.

“I’m just up there and I’m feeling it. I’m saying what I really feel, and I just hope that they enjoy it as much as I do on stage,” Victor says of his audience.

Lil Vic is making his way into local circles of community activists and people in his neighborhood with his performances at Juneteenth, African World Festival and the 300 Strong event, among other community gatherings. He has released a full-length album and several music videos and is hoping to soon reach everyone in Milwaukee and beyond with his positive rapping.

Victor Barnett, Sr, the founder and executive director of Running Rebels, said he believes in what his son is doing and thinks it has the potential to greatly affect local youth. “The hope is that music will spread among young people that they actually like, but with totally different words than they’re walking around singing now,” the elder Barnett said.

Running Rebels facilitates a rapping, music and entertainment group on Wednesday evenings that allows students to use the recording studio space and bounce ideas off of each other.

“Sometimes we even have competitions, like who can come up with the best lines,” Victor said.

Victor said he has big dreams for his future. When asked what he wants to be when he grows up, he shrugged nonchalantly and said, “actor, rapper and hopefully basketball player.”

He said he plans on staying in the community. “This is where I started, and this is where I want to stay. I would want to help where I grew up first. I want to spread a positive message in Milwaukee,” he said, with his bright red Nikes firmly planted on the ground and a smile on his face.