Finney Library Will Be Turned Into Arts Incubator 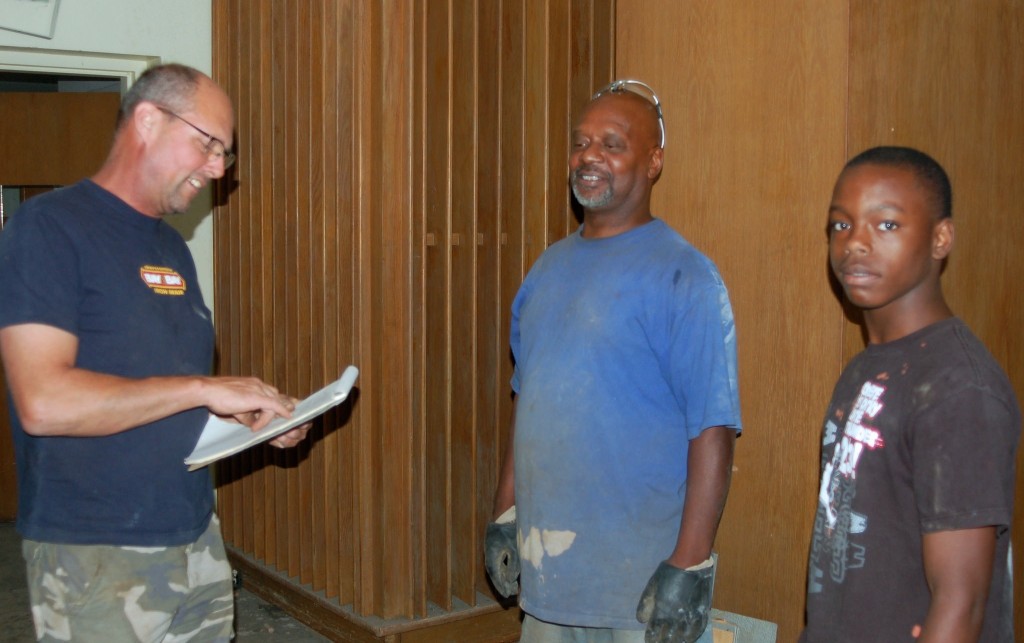 Matt Bohlmann (left), the new owner of the former Finney Library building, consults with Ken Maclin (center) and Dontrell Jackson about demolition work they are doing at the site. Photo by Andrea Waxman.

Furniture maker Matt Bohlmann, who bought the long-vacant Finney Library in the Sherman Park historic district last March, has made progress renovating the building that will become his studio and an arts incubator. In addition, Bohlmann has recruited prominent local artist Reginald Baylor to become his first tenant.

So far, Bohlmann has removed a wall separating the building and the parking lot behind it, restored architecturally significant planters and installed a new underground electrical system. Without heat for more than a decade, the interior grew musty and the floors buckled. Bohlmann hopes to turn the electricity and heat on this week, after which he expects improvements to move quickly inside the building. However he has no specific timeline to complete the renovations.

“Aesthetically, it’s a great building,” Bohlmann said. The Milwaukee-based architecture firm Grassold & Johnson was the 19th largest architecture firm in the country when it designed the building, which was completed in 1953. The firm designed many notable buildings, including Milwaukee County Stadium and Mayfair Mall, he added.

Until 2009, Bohlmann owned a building in Wauwatosa that was larger than he needed for his own business and he fell into creating a business incubator. He discovered personal satisfaction in helping entrepreneurs take fledgling operations from basements and garages to commercial space and then supporting their efforts to grow, he said. He would like to do the same with artists at the Finney building, 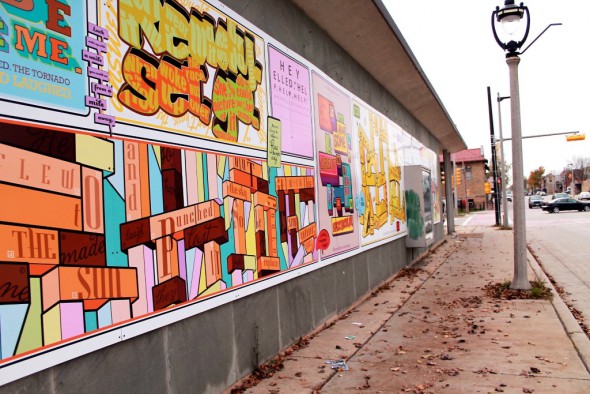 From 2013 to 2015, artwork from Reginald Baylor’s TypeFace project covered all the boarded windows of the former Finney Library, including the north-facing windows on North Avenue seen here. Photo courtesy of Newaukee.

Baylor, who visited the library as a child also has a long-standing interest in the building. He mounted colorful murals on its façade in 2013 as part of “Typeface,” a public art collaboration centered around foreclosed, vacant and underused spaces in four central city neighborhoods.

“I’ve always been fascinated with the building and its location,” he said.

When the Finney Library building was sold, Baylor expected his connection to it to end. But his murals were still attached to the building and negotiating their removal brought Bohlmann and Baylor together. They began to talk about their mutual admiration for the building and Bohlmann’s incubator concept and soon the discussion expanded to include the surrounding community.

At the same time, Baylor said, he had been discussing issues surrounding economic development and employment in the North Side community with a group of interested professionals

As artists supporting families, both Baylor and Bohlmann have long been concerned with the challenges of earning a living while pursuing their art. The Finney project has given both a focal point for developing their common interest in building a sustainable community of artists and pursuing economic and community development in the neighborhood.

They are also discussing ways to invite the community into the building, including developing a café or performance space. 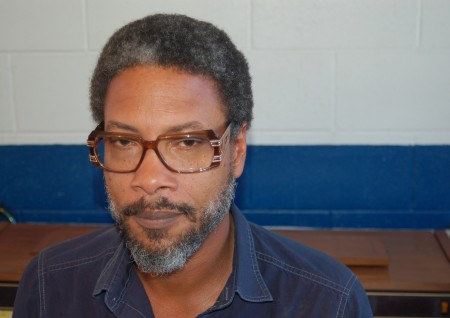 Baylor, who Bohlmann describes as “a man of grand ideas,” said he is also interested in establishing opportunities for community members to learn skills that can result in life-sustaining jobs. His artistic process involves contracting with assistants to help produce his pieces, and he hopes to expand the number of people he can train beyond the half dozen he worked with at his former studio in the Third Ward.

“Some of my favorite contemporary artists these days probably employ 60 to (more than) 100 people in their art studios,” Baylor said.

With Bohlmann’s help, Baylor is designing new studio space for himself at Finney. He also is considering a change in his artistic direction, toward a more community-focused approach.

“If you look at my earlier work, or a lot of my work, I do focus on doing paintings of neighborhoods. It’s a beautiful neighborhood and I could see my work turning back to observing the neighborhood and doing interpretations of it,” Baylor said.

Excited about the increasing creative energy he feels in Milwaukee, Baylor said that branding and marketing art to an international clientele is another goal.

“While local branding is important, to build the world-class city that Milwaukee is talking about, its creatives should be selling internationally. Imagine if Harley and Miller weren’t international,” he said.

Alderman Russell Stamper, who represents the district and lives a block away, is enthusiastic about the project.

“Bohlmann has a vision and it’s a positive change for our community,” he said. Stamper said he introduced Bohlmann to the Community Baptist Church community, which owns buildings, including a large church, on the other three corners of the intersection. He said he is pleased that Bohlmann has developed a good relationship with the church.

Bohlmann has been “the perfect neighbor,” said Michael Staples, the church engineer, citing Bohlmann’s donation of time and materials to an elevator construction project at the church.

One thought on “Finney Library Will Be Turned Into Arts Incubator”