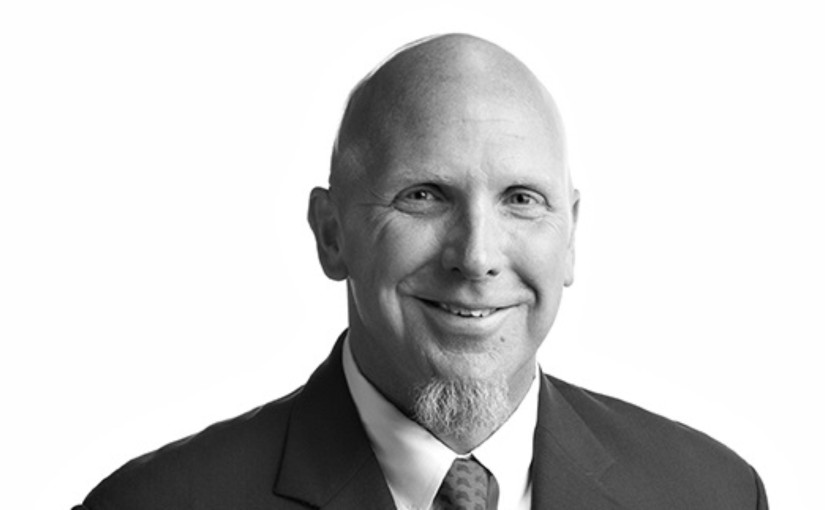 No sooner had Scott Walker shut down his presidential campaign than Republican media strategist Liz Mair, who briefly worked for Walker’s campaign before being dumped, wrote this on Twitter: “Walker’s timing is good. Word is he just avoided getting tied to a very bad story that could well have been coming.”

So what is that very bad story?

The initial explanation for Walker’s withdrawal, announced on September 21, was the campaign had simply run out of money. But by day two, the finger of blame was being pointed at Walker’s campaign manager Rick Wiley. As the Milwaukee Journal Sentinel reported, Walker had met with his wife Tonette Walker, campaign chairman and longtime backer Mike Grebe, pollster Ed Goeas; adman Bill Eisner; and Jim Villa, Walker’s former chief of staff when he served as Milwaukee County executive, to discuss the state of the campaign.

“The advisers detailed how Walker’s campaign had blown through cash with a staff of about 90 people and payroll in the hundreds of thousands of dollars a month,” the story noted. “Rick Wiley, the campaign manager who had presided over the rapid spending rise, was not present.” Leaving us to assume Wiley was at fault for overspending.

Jumping on the issue, Politico soon ran a story raising questions about his decisions, but also got comments from Wiley, who unloaded on Walker, saying “We built the machine that we needed to get a governor in just phenomenal shape to take a stage in a presidential debate. I think sometimes it’s lost on people the largeness of the job. I think people just look at it and say, ‘Wow! Yeah, you know, it’s like he’s a governor and he was in a recall’ and blah, blah, blah — he’s ready.”

But Walker wasn’t always ready, said Wiley, who noted how the campaign lost momentum as Walker faltered on the campaign trail.

Which soon brought forth a hailstorm of outrage directed at Wiley, who met with “withering criticism from conservative bloggers, talk show hosts and publications,” wrote Journal Sentinel columnist Dan Bice.

Such as this from Matthew Continetti in the National Review: “One reason Republicans hate political consultants is that so many of them seem to have absolutely no conception of loyalty or reticence or even self-awareness. Like a true Washingtonian, (Wiley) absolves himself of responsibility for the [Walker] collapse while explaining to the press — and to his future clients — that it was entirely the governor’s fault.”

Conservative radio talker and Walker cheerleader-in-chief Charlie Sykes piled on, in a column suggesting Wiley was trying to excuse his “own flaming disaster,” and “the free-spending, over-grown frat boy at the controls…”

With his bald head and bizarre little fuzz of white beard, Wiley looks more like a Wyoming survivalist than a frat boy, but Sykes means to let us know Wiley was over-indulging in personal recreation of some kind: “Never one to let a good time get in the way of a presidential campaign, Wiley became a legend on the campaign trail,” Sykes writes. “Even if many of the tales turned out to be exaggerated, he became a walking distraction… At the key moments when the campaign and his candidate most needed some direction, Wiley was, well, apparently otherwise occupied.”

A “whisper campaign” had been launched against Good Time Wiley a few days before Walker shut down the campaign, “apparently aimed at discrediting him and bringing about a shakeup in the organization, according to two Republican sources,” Buzzfeed reported.

The story went on to note that “The influential conservative talk radio host and blogger Erick Erickson appeared to allude to the whisper campaign… on Twitter: “Lots of different people all sending me the same rumor about a particular campaign manager caught indecently at the Ohio debate.”

Gotnews.com decided to lay bare the story: “Several GOP operatives within the Walker campaign and in Republican establishment circles have been spreading a rumor that Scott Walker’s campaign manager was receiving post-GOP debate oral sex in the lady’s bathroom of a downtown Cleveland bar…The rumor is that Katie Packer Gage, a former Romney campaign consultant, walked in on Wiley and a woman not his wife…Wiley is married with children.”

But the article noted that Gage, when contacted, repeatedly denied this tale. It also noted the rumor “has been pushed by none other than Brad Dayspring, a controversial GOP operative with a history of fabrications.”

Certainly, there’s been a ton of discussion about Wiley among Republican politicos, all of it way off the record, much of it shared with various media outlets. I’ve been told by one Republican that the campaign staff working for Wiley was in turmoil over his handling of employees. Politico referred to “warring staff” working on the campaign.

But whatever turmoil there was among the campaign staff, and whatever the reason, the fact is that Walker’s campaign had run out of money and was going to get shut down either way. As for heaping blame on Wiley and his alleged lack of party loyalty, isn’t it a bit late in the game to be making this discovery? Wiley worked on two other presidential campaigns, George W. Bush’s 2004 presidential re-election and Rudy Giuliani‘s 2008 presidential bid. He also worked as the executive director of the Wisconsin Republican Party and as political director of the Republican National Committee. The idea that Wiley is some sort of craven careerist who doesn’t care about the party — if true — raises more questions about the Republicans who keep hiring him.

That includes Walker. Ultimately, all those scurrilous stories about Wiley raise questions about Walker’s judgement in hiring people. And not for the first time.

Three key aides of County Executive Walker were accused of campaigning on government time and all were convicted. One was Tim Russell, who pleaded guilty to stealing $21,000 from a veterans fund, and was long viewed by some Republicans as ethically challenged and someone to avoid. Russell, had been fired in 1993 from a job with the Wisconsin Housing and Economic Development Authority for improperly charging the agency for his stay at a hotel, yet he was a longtime Walker confidante, serving as his deputy chief of staff at the county.

Another was Kelly Rindfleisch, who was threatened with prosecution and granted immunity in the legislative caucus scandal back in 2003 or so. She had long experience illegally working on political campaigns while being paid by government and did exactly that for the Walker Administration.

Then there was Darlene Wink, who worked for Walker as his constituent services coordinator, but was working illegally on his gubernatorial campaign.

Then there was Taylor Palmisano, Walker’s deputy campaign finance director, who tweeted virulent anti-Latino comments on twitter, and Steven Krieser, assistant deputy secretary of the Wisconsin department of transportation, who shared an anti-Latino screen on Facebook. Both were fired for this.

Emails released from Walker’s time as county executive shows his staff often shared and exulted in racist jokes. Walker has a history of hiring uber-loyalists whose judgment and ethics have raised questions.

Wiley, by contrast, was not a Walker loyalist. I’m told that it was Mike Grebe, Walker’s campaign chairman, who insisted that Wiley be hired to run the campaign. Grebe has kept his head down through this entire controversy over Wiley. It’s interesting that no one has pointed the finger at him for wanting to hire Wiley rather than Walker’s longtime campaign guru R.J. Johnson (who has also dumped on Wiley).

There seems little doubt Wiley unwisely spent too freely on Walker’s campaign, but he was doing this in full view of Walker (who at least has the valid excuse of being busy campaigning) and Grebe, who doesn’t seem to have been monitoring his chosen campaign director. There is plenty of blame to go around in this seedy controversy, but the reality is that Walker turned out to be a weak candidate who wasn’t ready for prime time. All the outrage over Wiley, all the pontificating about bad versus good Republicans, won’t help Walker and simply makes the entire party look bad.