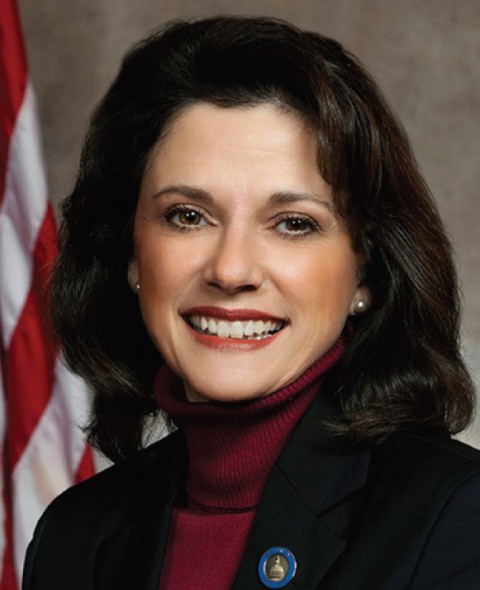 The Government Accountability Board (GAB), which has overseen campaign-finance, elections and ethics laws since 2008, will be radically changed, to judge by details of the proposal from key Republicans. Rep. Dean Knudson (R-Hudson) gave Wispolitics a preview of the tentative plan he and Sen. Leah Vukmir (R-Wauwatosa) hope to announce this week to replace the GAB with two different bodies, a six-member Elections commission and six member Ethics commission.

GOP Gov. Scott Walker and Republican legislative leaders want to abolish GAB and go back to what they consider a more accountable and “balanced” oversight system, as Senate Majority Leader Scott Fitzgerald  describes it.

Republicans have denounced the retired judges on the GAB board and the agency’s executive director, Kevin Kennedy, for joining John Doe criminal investigations that Republicans call “witch hunts” of Walker and his supporters – investigations federal and state judges stopped.

Although Republicans say they want to go back to something close to the Elections Board that refereed partisan disputes between 1973 and 2007, their tentative plan differs in major ways from the old model. First, the old Elections Board had eight members – and a ninth if any third-party candidate got more than 10 percent of the last statewide vote for governor. That added a  Libertarian Party designee to the board after the 2002 election, when Libertarian candidate Ed Thompson got 10.4 percent of the vote.

The eight members of the old Elections Board were appointed by:  the governor, chief justice of the state Supreme Court, Assembly speaker, Senate majority leader, minority-party leaders in Assembly and Senate, and chairs of both state Republican and Democrat parties.

Instead of the old model, the tentative Knudson-Vukmir proposal would give legislative leaders control over the six members of both new elections and ethics commissions: The four legislative leaders would each name one member, for example, and the governor would select the final two – one Republican and one Democrat – from names given him by legislative leaders.

The result would be two new commissions with three Republicans and three Democrats. And, although Wisconsin’s 272 judges are elected, the judicial branch would have no representative on the new elections panel.

Legislators would also control who gets the top staff job for the new elections and ethics panels, under details given Wispolitics. The six commissioners of each panel would nominate that staff member for a four-year term, but they would have to be confirmed by the state Senate.

Third, unlike the GAB, the new Elections Commission would have to get approval from the Legislature’s budget committee if it wanted to spend more than $25,000 on any investigation. This was a problem for the old elections and ethics boards: How vigorously they investigated state laws could depend on getting money to pay for those probes from the same legislators whose conduct is being reviewed.

Although 128 of 132 legislators voted to create GAB in 2007, Republican leaders say it became an unaccountable rogue agency. They want to go back to a system where, according to one former chairman of the old Elections Board, there was a honest, open exchange: “We know what you want to do, and you know what we want to do. Let’s work it out.”

But retired Judge Gerald Nichol, GAB board chairman, last week stood in front of the Republicans’ push to abolish the agency with this plea: Don’t.

Abolishing GAP and replacing it with separate elections and ethics boards “could have serious consequences” for the four statewide elections next year – the first year a photo ID will be required to vote, Nichol noted.

Instead, Nichol said, add two non-voting GAB members – one Republican and one Democrat – who would be part of all board discussions next year. They could then advise party leaders on whether to abolish GAB.

However, Knudson’s comment to Wispolitics on the GAB suggests compromise is not possible: “The very definition of tyranny is when you’ve got legislative, executive and judicial power all in one, and that’s exactly what happens with the GAB. They make their own rules, they enforce those rules and they serve as the judge.”

Steven Walters is a senior producer for the nonprofit public affairs channel WisconsinEye. Contact him a stevenscwalters@gmail.com

3 thoughts on “The State of Politics: How Republicans Plan to Kill GAB”