New vehicles feature many improvements to upgrade the ride and reduce gas use and emissions. 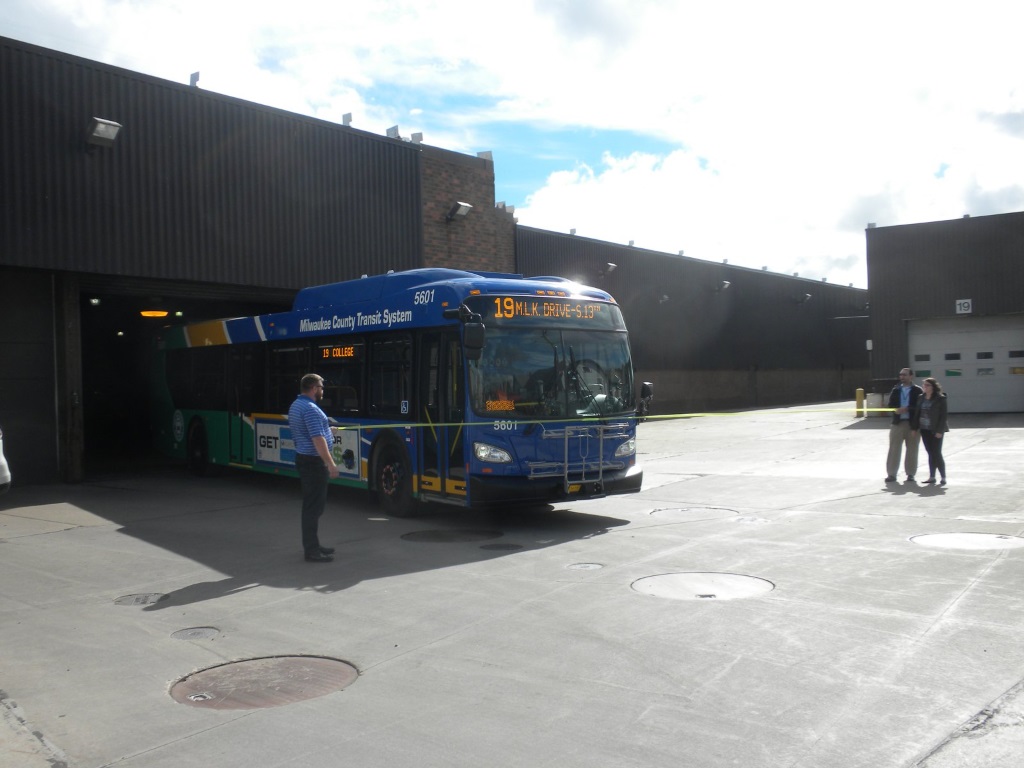 MCTS celebrates the first route of the new 5600 bus. Photo by Mike Holloway.

It’s an exciting day for Russell Schultz, a veteran driver for the Milwaukee County Transit System. He’s waiting for his bus route to begin, where he will be following his regular route, Route 19 towards Martin Luther King Dr. But for this route in particular, Schultz won’t be driving just any bus. October 2nd marks the first day that the Milwaukee County Transit System is using the first of its new line of buses, the 5600 series New Flyer Xcelsior.

The Milwaukee County Transit System offered New Flyer, a major manufacturer of transit buses, a contract for up to 75 Xcelsior buses. The contract included an order for 28 buses with an option for an additional 47 buses over the next three years. The buses cost $460,000 each. New Flyer is the manufacturer of all the current Milwaukee County Transit System buses.

While the new buses look cosmetically the same as the old ones, the interior has seen many upgrades. The doors have switched to an electronic smart door system that will open automatically. The rear door, which previously had to be pushed in order to be opened when the bus was stopped, now features a touch sensor.

“You can say ‘open sesame’ in front of the sensors and the door will open,” said Schultz.

While the doors are the change most passengers will notice right away, there are a few other improvements as well. The new buses are equipped with RELS technology, which stands for Reduced Engine Load at Stop. RELS allows the transmission to switch to a reduced load state while the vehicle is stopped, much like shifting a car into neutral. This change aims to reduce the amount of fuel consumed and pollution expelled by buses.

The new bus also has improved air disc brakes, air suspension, and electric fans. While the first of the 28 new buses hit the road yesterday, the rest will start running in the following weeks. On top of these new buses, the Milwaukee County Transit System has seen many improvements recently, including a new card reader system and Real-Time bus route information.

Schultz has been driving buses for 20 years and has been a part of public transportation history in the past. He was among the passengers of the last trackless trolley to run in Milwaukee.

“This is kind of a passion of mine. I’ve enjoyed the bus transportation for many years,” said Schultz. “When I was young lad I used to ride the transit company vehicles in the 1950’s and 1960’s.”

To celebrate the start of his route, Schultz drove the new bus through a stream of tape held by two Milwaukee County Transit employees. Schultz then completed his route three times, spending a total of eight and half hours with the new bus.

Although Schultz is satisfied doing what he loves, he’s looking forward to even more changes in public transportation.

“I’ve been following stories on the Milwaukee streetcar,” said Schultz. “If that happens, hopefully I can spend some time driving one of those too.” 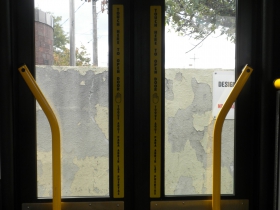 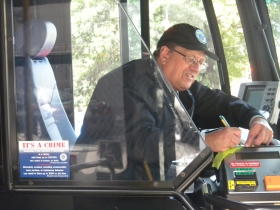 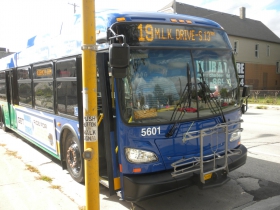