How a cover band became known for original songs. 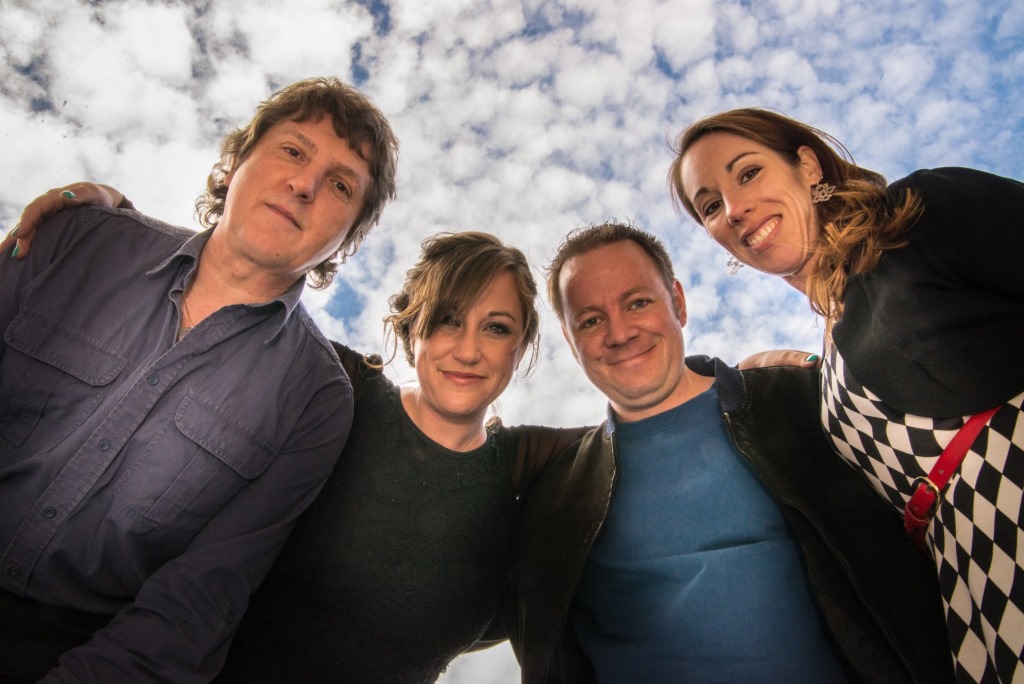 The Milwaukee band Parallel first garnered attention for the off-the-wall covers they played at local shows, but they found their true identity in writing original music. Finding inspiration in just about anything, Parallel has written songs about a range of subjects. The band’s four members include Meredith Ann Sipe on vocals/piano, Thea Morton Vorass, cello and vocals, Matt Bennett, bass/guitar, and Rick Hagopian on drums. Urban Milwaukee got in touch with Parallel to find out more about the people behind the music. Vorass answered our questions.

When did you get started as a band?

The band formed in spring of 2013, we played our first gig in July that year.

Is there a reason for the name Parallel? What does it mean?

Parallel was one of the first band names we discussed. At first, we set it aside, because we thought it was not unique enough and it would be hard to find in an Internet search. We thought about it way too hard and came up with some silly names like Shadow Slant only to be pulled back to the name Parallel. Our songs are often parallel versions of the songs we cover or parallel originals. They are like mirrored emotions described through music and lyrics.

We are definitely an eclectic group. We actually started out as mostly a cover band and quickly realized how much we loved and craved writing our own tunes.  The originals we write usually start with catchy melodies and emotive lyrics from singer and pianist Meredith. Then she brings them to the group for collaboration, to be worked through and turned upside down. The covers we do keep are very out of the box and off the beaten path. We do Volcano by Damien Rice and Hang with me by Robyn.

People care about relationships, spirituality, beliefs, convictions, personal challenges and community. So, many of our songs reflect emotions and real life events. Our pianist and vocalist Meredith Ann Sipe wrote a song called “Jonathon”, which is a song about the birth of her son whose name is the title of the song. We recently played our song “Paralyzed” at a show honoring a very progressive thinker, whom we heard speak at the Frank Zeidler Center for Public Discussion and fought for what he believed. We think the lyrics to that song perfectly mirror his challenges and perspective.

Is there any social or political commentary in your songs?

Not in an obvious, in-your-face manner. The original compositions are written in a journalistic fashion, like a memoir of life, and they inevitably are swayed by time, place, society, and personal battles or triumphs.

What is the age range of the members of your band?

Do any local musicians influence you?

Yes, all of them. We are inspired by anyone who gets on stage, shares their talents, and enjoys what they are doing.

What do you think of the Milwaukee music scene?

Amazing! Such a diverse group of styles and bands in one city makes for some great shows. When setting up shows, we typically like to pair ourselves with other groups not necessarily in our same vein. We think it makes for a unique live show experience!  Some of the bands we’ve played with over the past 2 years include, Myles Coyne, Lisa Ridgely & the Fainting Room, The Salt Shakers, Tritonics, Nineteen Thirteen, Micah Olsen & The Many, I’m Not A Pilot and Roxie Bean.

Where do you most often play?

We’ve returned to a few venues on a regular basis such as Linneman’s, Art Bar, Three Cellars, The Backyard, The Intercontinental Original Music Series and The Bay mostly due to the atmosphere.  Nothing beats an intimate and supportive crowd who is interested in listening to our music! We had the great pleasure of playing Bastille Days this past summer, and Summerfest in 2014 & 2015.

Linneman’s is always one of our go-to venues. Jim Linneman is one of the best local music supporters in town. The venue has a great sound and great attitude. We’d buy a beer and see a show at his venue anytime.

Have you released any albums?

We have some demos on soundcloud, which are also available on iTunes and Spotify. They were recorded within the first six months of our being together. We have been working really hard in the past year to save every dollar we earn to put towards a recording. We hope a full-length original album will be coming in 2016.