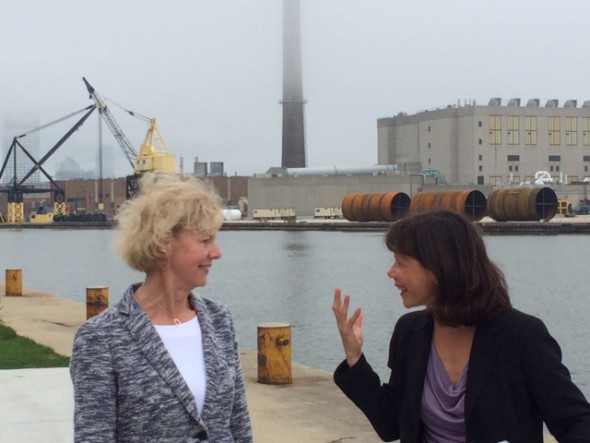 Senator Tammy Baldwin toured the Milwaukee Harbor Friday to look at areas that could receive support for development if her Waterfront Community Revitalization and Resiliency Act is passed.

Baldwin took a boat tour of the Milwaukee harbor from the southern end of the inner harbor and north up to the N. Broadway Bridge. A key site shown to Baldwin was the coal pile next to UW-Milwaukee’s School of Freshwater Sciences on the east end of E. Greenfield Ave.. The field is called the Solvay Coke and Gas Site, the investigation into it’s level of contamination is still underway and expected to be completed in 2016.

Baldwin spoke about the importance of developing a “master plan” for the revitalization of waterfront communities. She said very often, especially during fiscally constrained times such as these, communities are only able to take a piecemeal approach to revitalization projects. Her legislation is aimed at providing the “tools” for communities to develop plans for the entire revitalization of their waterfront, so that they can tackle all necessary projects as funding becomes available. The projects are often interconnected and are more effective long term with wide ranging planning. Preference for funds through the grant program will be given to communities that do comprehensive planning, said Baldwin.

The legislation includes the creation of a “resilient waterfront community designation,” said Baldwin. This will serve as what Baldwin referred to as a “good housekeeping seal of approval” to incentivize communities to work on holistic planning that considers the economy, the environment, access to waterways, and social and cultural issues. 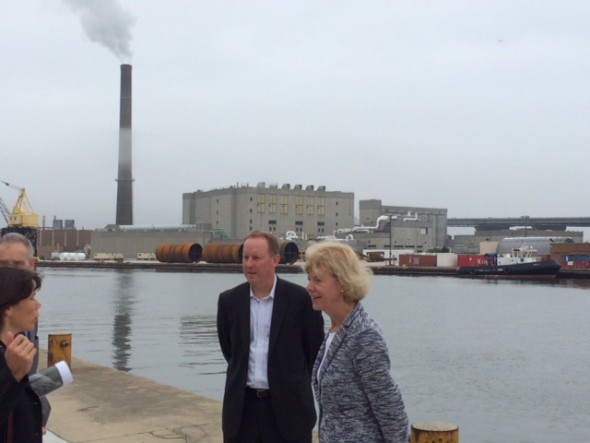 The last time there was broad planning for the Milwaukee harbor and port was in the 1920’s, said Lilith Fowler, the executive director of the newly-formed Harbor District, a non-profit aimed at revitalizing Milwaukee’s harbor area economically, environmentally and socially. Fowler and Baldwin spoke about how this is an opportunity to create a sweeping plan for turning this area of the city back into a centerpiece of the community.

“If you’re not thinking about the whole thing at once, you miss opportunities,” said Fowler of constructing a large plan for the harbor area.

Beginning to think about how to tackle waterfront issues such as decaying infrastructure and lack of access to the waterfront itself tend to be issues common to most of the waterfront communities Baldwin visited in Wisconsin. This creates the possibility for communities to network and share ideas for the most feasible and effective projects for waterfront revitalization.

Fowler said the Waterfront Revitalization and Resiliency Act represents phase one of the revitalization of the Milwaukee waterfront and harbor area, because it provides the support to look at changes for the community in a broader way.