From empty office building to apartment building, the conversion is nearly complete. 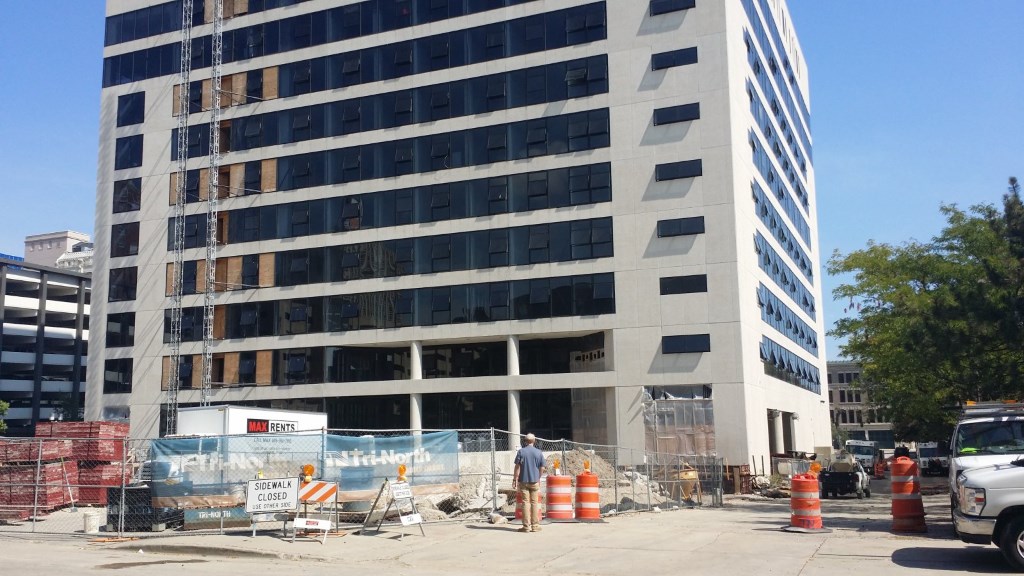 The Buckler. Photo by Jack Fennimore.

The 401, now known as The Buckler, is still under construction. The former office building at 401 W. Michigan St. is being converted into an apartment complex in the hope that it brings life to Downtown.

The 11-story, 236,218 square-foot building was the Wisconsin headquarters of Blue Cross Blue Shield insurance until 2006 when the company abandoned the building for Summit Place in West Allis. The building has been empty since.

In March of 2014, DJ Acquisitions LLC, an affiliate of Phoenix Development Partners, filed their plans for the apartment conversion project with the city Board of Zoning Appeals, as reported by Tom Daykin. They were granted a special use permit in April and started the project in November of 2014.

John Mangel, DJ Acquisitions’ managing partner, along with his partner Peter Jensen, told the Milwaukee Journal Sentinel that the demand for upscale apartments is growing on Downtown’s west side. They also said that the building is within walking distance of major employers such as We Energies and Assurant Health, the Milwaukee Intermodal Station, the proposed future Milwaukee Bucks arena and Marquette University.

At the time of writing, there are 19 studio, 102 one bedroom, and 85 two bedroom apartments available for reservation, a total of 206 apartments. The building will house around 300 residents. Move-in starts on Oct. 1st. 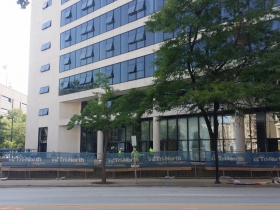 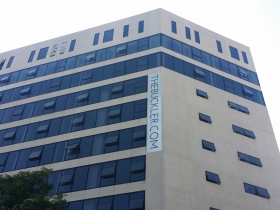 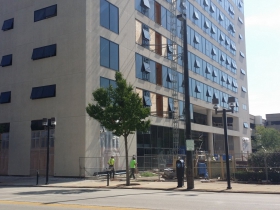 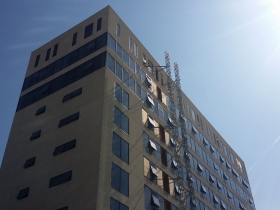 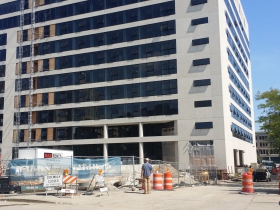 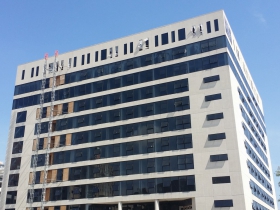 2 thoughts on “Friday Photos: The Buckler?”