Beer Bistro Cooks Everything With Beer

The Travel Channel will feature the place. So how’s the food? 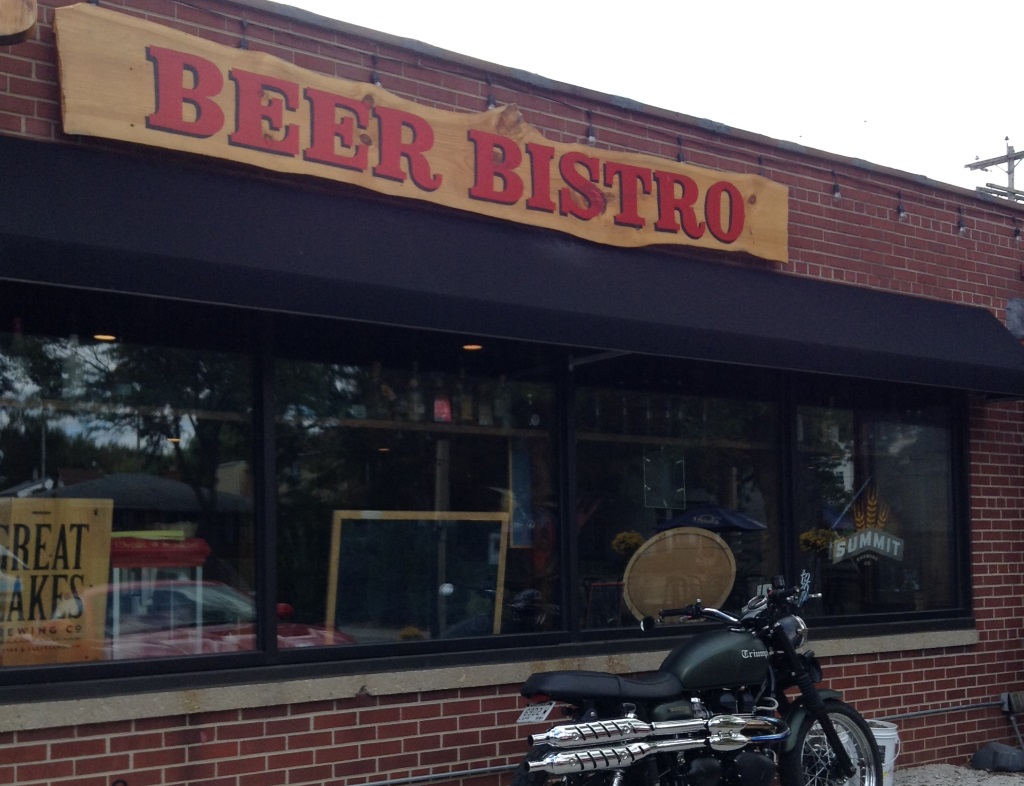 The Milwaukee Beer Bistro is throwing a Travel Channel Preview Party to celebrate its national TV debut on “Food Paradise.” The party is Sunday, Oct. 30 starting at 6:30 p.m. Tickets cost $15 for adults and $7.50 for children 12 and younger. Reservations are suggested 414-562-5540.

First we had the former World of Beer on Brady, now we have the Milwaukee Beer Bistro, another place with a seemingly endless beer selection. With approximately 80 choices from around the world and 12 rotating local/regional craft brews, no beer lover will leave unfulfilled. Add a beer-infused menu to the mix and the Beer Bistro lives up to its name, making a fine addition to Brew City.

Without changing the bones of the building that formerly housed Rio West Cantina, owner Russ Davis turned his Mexican restaurant into a bistro with tables made from thick slabs of wood, a mile-long bar, and for a touch of the homey, a potbelly stove.

Doing business as the Vecchio Entertainment Group, Davis also owns The Twisted Fork, Hubbard Park Lodge, and the Beer Garden at the Lodge. I encountered him first when he owned Cafe del Vecchio on Old World Third Street where I enjoyed many delicious meals.

This bistro is not your average intimate little bistro. Besides the bar, there are two rooms up and a game room down. That’s where we discovered a giant screen for private showings, a stage, a full bar, a ping pong table, a dart board, arcade games, and a change machine. “It’s popular for private parties,” our server told us. “It’s almost always occupied on Friday and Saturday nights.” He also mentioned that we were welcome to stay and play.

When we came for lunch, we planned to eat on the patio in front of the restaurant, but an August chill sent us indoors. We sat by one of the large windows facing Humboldt so we could still enjoy the flower-filled patio and the fork sculpture that livens the outdoor décor.

As for the interior, the potbelly stove and metal sculptures on the wall added visual interest and class (that is, if you’re inclined, as I was, to seek out art in a place devoted to beer).

Everything on the menu has beer as an ingredient, a challenge to a chef if you offer the vegan/gluten-free Lemongrass and Ginger Tofu Cakes. To make this dish, the chef combines tofu and lemongrass with wild rice and Sorghum Ale, sears it, and tops it with a roasted red pepper sauce, making it a standout in a restaurant that serves mostly bar food.

I started with something familiar: Bratwurst, Beer, and Cheddar Soup. It was a thick cheesy soup, stuffed with chunks of bratwurst, too many in my opinion, as the soup already had everything it needed, the meat a distraction. It came with a hunk of freshly baked beer roll, the same roll that housed my Stout Braised Barbeque Short Rib Sandwich topped with beer-cheese sauce.

When he delivered this sandwich, our server said, “Look out, it’s messy. Just warning you.” Since it called for a bib, I opened it up and ate the mess with a fork. The sauce was sweet and hinted of beer; the meat tender; the cheese sauce overkill but tasty.

I asked our server, “Which one of the ninety-two beers did I taste in the sauce?”

“For starters, there’s Point Special Lager in the Barbeque sauce, Big Sky Moose Drool in the chicken, gluten free Sprechter in the guacamole, and New Glarus Moon Man in the Mussels.”

The second time around, my companion ordered a Casper White Stout and said, “It would have been better with less chill,” but she had no complaints about her turkey sandwich. “The turkey is thick, not deli-sliced, and it’s really tender. The fig jam adds great flavor to the meat.”

After my Roasted Eggplant Cheese Soup, a clone or at least a close cousin to the Brat-Cheddar-Soup, only with tiny bits of eggplant floating in it, I ordered the Sensational Parmesan Meatballs. That proved to be an unfortunate choice. Perfectly uniform meatballs, perhaps too perfect to have been hand-shaped, came in a bowl with a puddle of grease at the bottom. The secret creamy parmesan sauce had broken; the remains were not pretty. On the plus side, I dipped those meatballs, fondue-style, in my cheesy eggplant soup.

We finished with a shared chocolate cupcake, moist of course from the addition of a light stout. We could have sampled house-made ice cream, perhaps Blackberry-Pear-Cider or Spiky-Mango-Lime with cayenne.

Since this is a bistro, they offer a more complete menu after 4:00. That’s when they serve full dinners including Baked Rushing Waters Trout, Barbeque Short Ribs, Grown Up Chicken Mac and Cheese, and the vegan/gluten-free Cashew Paella, sautéed veggies with rice and roasted cashews.

Weekends bring brunch from 10:00-4:00 and Monday-Friday weekly specials add to the fun. Look for half-price drinks on Mondays, fifty cent drinks on Tuesdays, trivia on Wednesdays (starting in the fall), game night on Thursdays, and Beer Battered Cod or Baked Trout on Fridays. Since Davis formerly did the food service, ie the Friday Fish Fry at the Lakefront Brewery Palm Garden, (now Lakefront Brewery Beer Hall), I can attest to the deliciousness of the Beer Battered Cod he serves now at the Beer Bistro.

The Beer Bistro will be featured on the Travel Channel’s “Food Paradise” show at a yet-to-be-announced date. The show’s producers were no doubt enticed by the beer and Milwaukee theme. Filming was done at dinner time on August 17 and the restaurant’s owners felt it went well.

My experience was uneven. Still, I’m thinking about that cod I didn’t try.  Maybe I should come back on a Friday, order the cod, try one of those odd sounding ales I’ve never heard of, and throw some darts. 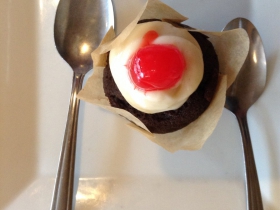 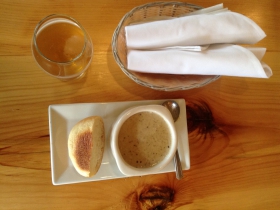 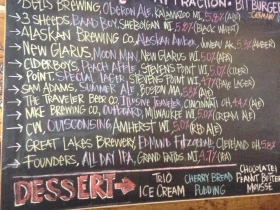 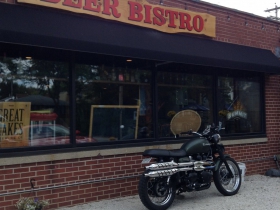 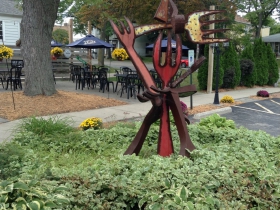 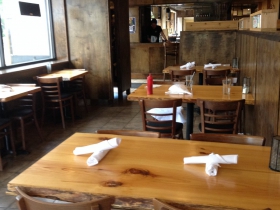 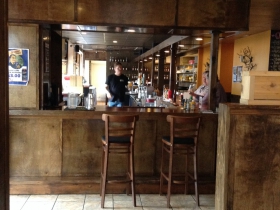 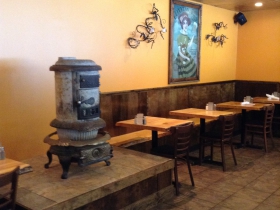 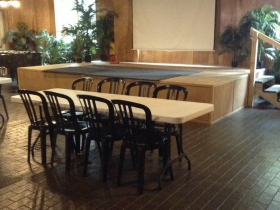 One thought on “Dining: Beer Bistro Cooks Everything With Beer”