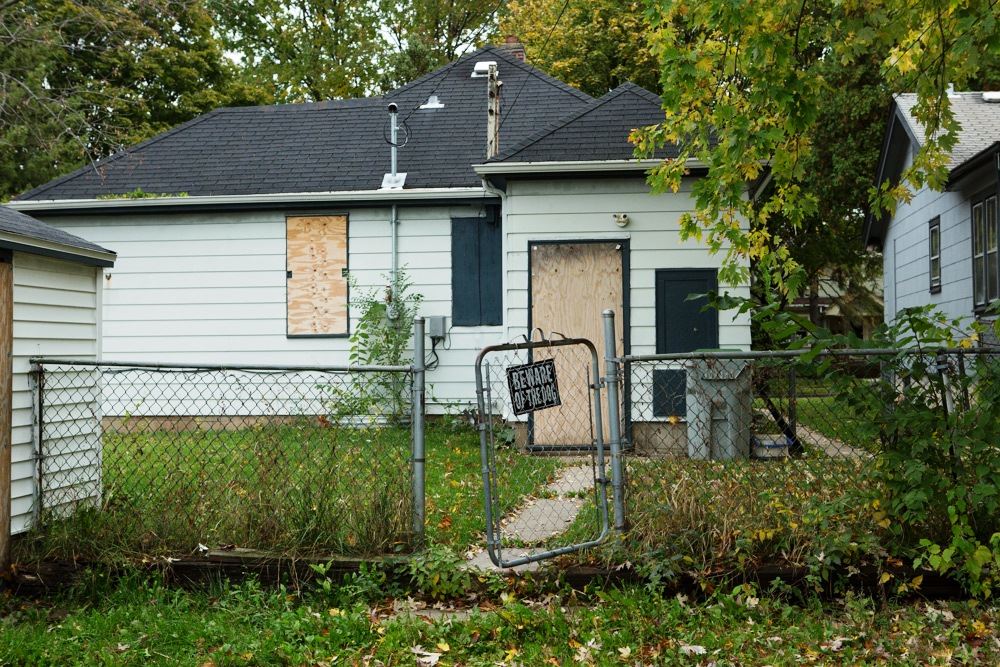 No one in the press called it this, but the announcement Friday that Nationstar Mortgage had pledged $30 million over three years to provide support for mortgage restructuring in Milwaukee was a huge victory for Common Ground, the activist coalition made up of religious and community groups.

Yes, the press conference was held by city officials, with Mayor Tom Barrett and Common Council President Michael Murphy announcing the Nationstar settlement. And yes it’s very good news for Milwaukee, which needs all the help it can get to fix the problem of home foreclosures, which can have ruinous effects on neighborhoods.

But it was really Common Ground that discovered and publicized the fact that Nationstar was owned by Fortress Investment Group, a company in turn owned by Milwaukee Bucks owner Wes Edens. Common Ground assailed Edens as a “slumlord” who was asking for government financing of a new Bucks arena even as Nationstar was responsible for foreclosed and distressed homes in Milwaukee. It was an ugly picture that made Edens look like a cold-hearted corporate villain, and made it far tougher to sell the Bucks bailout.

And here was the Common Council, facing a vote on the city subsidy for the Bucks. The announcement of Nationstar’s $30 million commitment was perfectly timed as a way to replace the image of an uncaring Edens with that of a business leader who wants to help Milwaukee.

At the press conference, covered by Fox 6,  Nationstar officials and Barrett denied that the company’s ties to Edens spurred this agreement. “I’ve had no conversations with him about this. This is all between the city and Nationstar,” Barrett said in response to question from FOX6’s A.J. Bayatpour.

Murphy was a bit more forthcoming, answering that “it would be naïve to think that didn’t have a role… although I never brought it up and never mentioned it, I think it certainly was in the back of their minds.”

I think it’s safe to say the issue was at the very front of their minds. The reality is that Edens and Nationstar have been getting chased by Common Ground since October, which all but forced the company to make a settlement that city officials have gladly embraced.

It was more than two years ago that Common Ground did a study which found that two-thirds of the outdoor athletic and recreational facilities at public schools throughout the county are in poor condition. The group demanded that if public funds were to be used for a new arena, at least $150 million of the money should be used to improve Milwaukee County public schools’ athletic facilities and recreational spaces.

This was no fly-by-night demand, but a well-though-out and researched plan by a group that back in 2011 was able to negotiate $33.8 million from the world’s largest banks to rehabilitate and resell over 55 homes in Milwaukee’s Sherman Park Neighborhood.

Common Ground was able to get attention from the New York Times, which offered a withering critique of the Bucks ownership for their unwillingness to consider Common Ground’s proposal or even meet with its members. But back in Milwaukee the idea didn’t seem to be going anywhere.

But the group persevered, and in October 2014 announced its discovery that Nationstar was responsible for at least 14 abandoned and deteriorating properties in Milwaukee. The story was covered by Don Walker, the late Milwaukee Journal Sentinel writer, who reported that Edens had been chairman of the board at Nationstar since 2012. The story quoted Bob Connolly, Common Ground’s staff director, who said of Nationstar. “They are responsible for those abandoned properties… “We want those neighborhoods fixed.”

Common Ground demanded a meeting with Edens, which didn’t happen. Instead, Nationstar sent delegates to Milwaukee to meet with Common Ground in December. Accounts of the meeting by Nationstar CEO Jay Bray and Keisha Krumm, lead organizer for Common Ground, disagreed, but the end result was that the issue wasn’t settled.

In January Common Ground stepped up the pressure, with a press conference in front of a dilapidated home. Nationstar is responsible for some 300 homes in Milwaukee, many of which are crumbling and deteriorating properties that blight the neighborhood, the group charged. Common Ground representative Jennifer O’Hear warned that if the group is not able to meet with Edens, its members will go to Texas in May and confront Edens at Nationstar Mortgage’s shareholders’ meeting.

Reporters from four Milwaukee television stations, Wisconsin Public Radio, the Milwaukee Journal Sentinel, Neighborhood News Service and others were there to hear O’Hear call Edens a “slumlord” and demanding he address the issue. “We will not stop until Mr. Edens addresses his interests in neighborhoods with the same energy and intensity he gives his interests in a new Bucks arena,” O’Hear concluded.

In May, Common Ground attended the meeting in Dallas. “We made a presentation and asked him (Jay Bray) to come to Milwaukee and meet with us,” Krumm notes. Bray agreed to do so.

On June 17, Bray flew to Milwaukee and met with Common Ground. By now the group was demanding $30 million from the company to address the problem. Bray also met with Mayor Barrett while in town.

Common Ground had met with Barrett back in January about the issue. Says Krum, “it was almost like the mayor didn’t know the name of Nationstar.” Barrett says the problem for the city was “chasing the rabbit” as mortgages get transferred from one company to another. But he also says city officials had by then known about Nationstar.

Yet it was not until February, not long after the press conference denouncing Edens as a “slumlord,” that the Barrett administration sent letters to Nationstar, Ocwen Financial Corp. and Green Tree Servicing, which city officials have dubbed the “Big Three” of mortgage servicing companies handling Milwaukee properties. Nationstar, the city says, handles 3,400 properties in Milwaukee, of which 150 are in foreclosure.

“The city now had leverage on Nationstar,” Krumm notes. “It was because of our pressure.”

And the group continued the pressure through the summer. “Mr. Edens’ company is blighting our neighborhoods,” Krumm told Wisconsin Public Radio. “We believe our mayor and Common Council have a moral responsibility to get an investment from Nationstar of at least $25 million before the vote on the city’s package of giving money to the arena.”

Ultimately Nationstar gave in and agreed to the figure demanded by Common Ground back in June. The company will provide up to $30 million over the next three years — a 57 percent increase in the mortgage company’s anticipated investment — to help homeowners who are underwater and make modifications in mortgages. The company also agreed to contribute $500,000 over next three years to the city’s home improvement loan program and to hold face-to-face meetings with customers three times a year for the next three years.

None of this would have happened without the pressure by Common Ground. Nationstar’s chief customer officer, Dana Dillard, told the press it was “a first” for her company to partner with a city in this way.

Yet Common Ground got not one word of support from Common Council members during their effort. “It was the inconvenient truth that nobody wanted to talk about,” Krumm says.

Tim Sheehy, President of the Metro Milwaukee Chamber of Commerce, accused Common Ground leaders of “demagoguery” for their style of attacking the arena deal.  Ald. Willie Wade, whose aldermanic district is most affected by the problems of foreclosure, accused Common Ground of acting like a bully and said the Bucks deal should be handled by “the people who are elected. Common Ground is out of order to think they can come in and circumvent that.”

But Common Ground was unfazed. Its members are now warning Common Council members that if the city can afford to pay some $80 million for the Bucks arena and adjoining development, it should be able to spend $80 million on the deteriorating playgrounds and athletic fields for Milwaukee’s children. The group promises to make this an issue in the 2016 aldermanic elections.