The empanadas are mostly delicious and you could eat the sauces with a spoon. 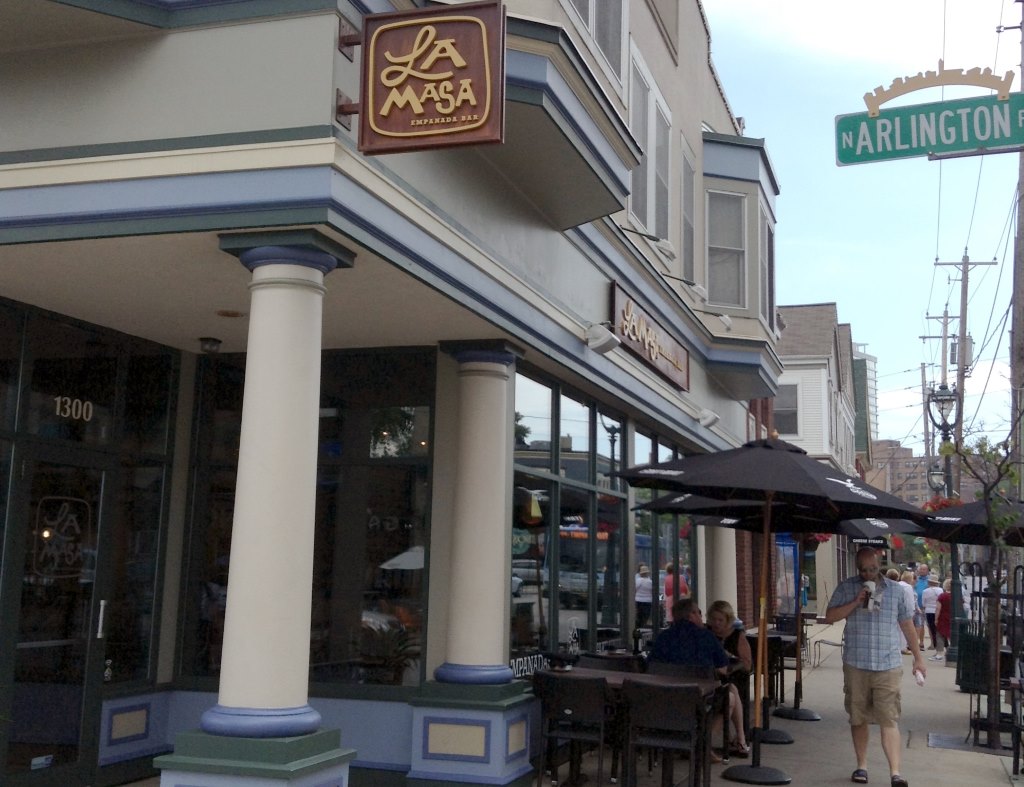 I came to La Masa with fairly low expectations. Those stuffed dough things, found in almost every culture worldwide, often have a preponderance of crust surrounding an uninteresting, often unidentifiable filling. Prior to my visit to La Masa, I rated empanadas a notch below momos from Kathmandu, gorditas from Mexico, pupusas from Columbia, and the Milwaukee Polish pierogi. And in my opinion, they all share a common fault, more crust than filling.

That was then, now there’s La Masa, the empanada bar that has wasted no time converting the former World of Beer corner space on Brady into a stylish restaurant.  For the curious, the name, La Masa, comes from the Spanish word for dough made from field corn that’s been powdered and dried.

Brad Todd, one of the owners of Stubby’s Gastropub, his sister Megan Todd, along with Scott and Becky Berger, owners of Yo Mama, joined together to open La Masa. With their focus on empanadas, they fill an unexplored niche on Brady — small plates, Latino-inspired bar food — that’s totally unique.

They jumped in with their soft opening in July at the Brady Street Festival and the restaurant has been packed every night since. It has a large presence on the street with many tables on both Arlington and Brady. On a summer night, it’s a young crowd, standing room only inside and out.

At lunch, when our server said, “Most people choose the La Masa Trio,” I followed her lead and ordered three empanadas: Chicken Tinga, pulled chicken, fire-roasted tomatoes, and red chile; Argentine Beef, ground beef, green olives, raisins and hardboiled eggs; and the Special, pulled pork with coconut curry. Order the Trio, and get complementary Jicama Slaw. Or pass on the slaw and opt for a green salad or fries, but why, when the slaw, a perfect foil to the empanada, woke up my taste buds and added acidity, crunch, and contrasting flavors. 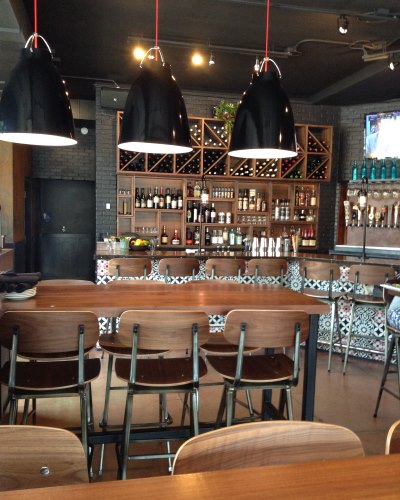 As soon as I opened the pastry shell for the Argentine Beef, I knew these empanadas would be nothing like my memories of doughy Latin-inspired bites. A thin layer of flaky oven-baked pastry surrounded well-seasoned ground beef. It had just the right balance of spiced beef, olives, egg, and sweet raisins. The Chicken Tinga had some heat from the chile sauce, and likewise, the pork with coconut curry left behind a mild burn on the tongue.

A classic chimichurri sauce, parsley, spices and olive oil, accompanied the empanadas. One dollar bought two more sauces, Aji Amarillo Aioli and Smokey Blue. I put the aioli, a creamy hot sauce made with hot yellow peppers on all three empanadas, not because it paired well with curry or red chile, but because it was too good to leave behind.

Each empanada came with a tiny, I emphasize tiny, stamp to identify it. The stamps, made with food grade stamping ink, came from a supplier, Edible Advertising. A nice touch, but I found the teeny letters almost impossible to decode. That also assumed that I remembered what I ordered. Only the “T” for Tinga was obvious.

My companion ordered the Peach Caprese with mixed greens, grilled peaches instead of sliced tomatoes, fresh mozzarella, basil, and peach vinaigrette. To turn her salad into a meal, she added chicken. Both the peaches and the chicken were warm with appropriate grill marks. I thought the chicken, which had been brined and marinated in a mix of chipotle and herbs, had an off taste, but my friend said it was especially tender and tasted like chicken.  “It’s fun when you find a salad that’s a little bit different,” she said.

On a second visit, my companion said about the Argentine Beef, “There’s too much going on.” We pulled it apart and found far too much sliced egg white, chopped olive and raisins and a scarcity of meat. But the Spinach and Cheese empanada, filled with freshly sautéed spinach and a three cheese blend, was a killer with the smokey blue sauce. I can also recommend the Vietnamese Beef with marinated beef and Spicy Potato and Peanut. Both included hot peppers but lacked noticeable heat, so we added a generous smear of aioli to ratchet up the flavors.

On both visits, my friends and I agreed on one thing, we could eat all three sauces with a spoon.

The second time around, I was not going to leave without dessert after I spotted Dulce de Leche Ice Cream on the menu. Staying with the empanada theme, we ordered Banana Nutella and Ricotta Chocolate Chip and added the ice cream to our orders. Oh my! Chocolate melted into the ricotta and the combination of banana, warm nutella and ice cream left my friend almost without words until she said, “Nutella is delicious to begin with. It’s even better hot and oozy with the banana.” A drizzle of caramel hidden inside the scoop of Dulce de Leche added extra yum to the dessert.

A final detail. Our servers were friendly, knowledgeable, and seemed to enjoy answering our questions.

La Masa is a fine addition to our ever hipper Brady Street. 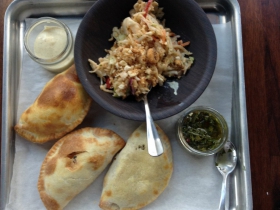 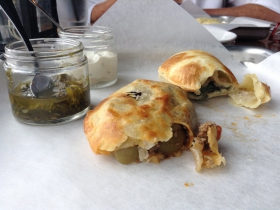 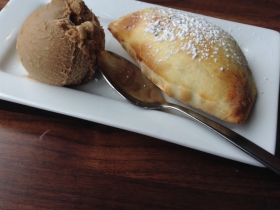 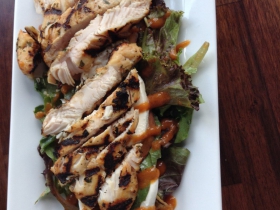 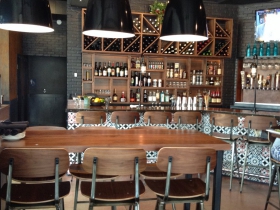 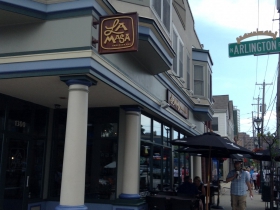 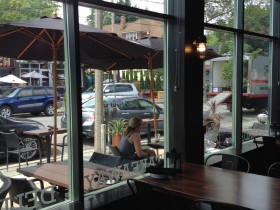