Making Friends With a Fly

Prisoner's 360 days in "the hole" shows impact of solitary confinement.

By Dee J. Hall, Wisconsin Center for Investigative Journalism - Aug 26th, 2015 12:05 pm
Get a daily rundown of the top stories on Urban Milwaukee 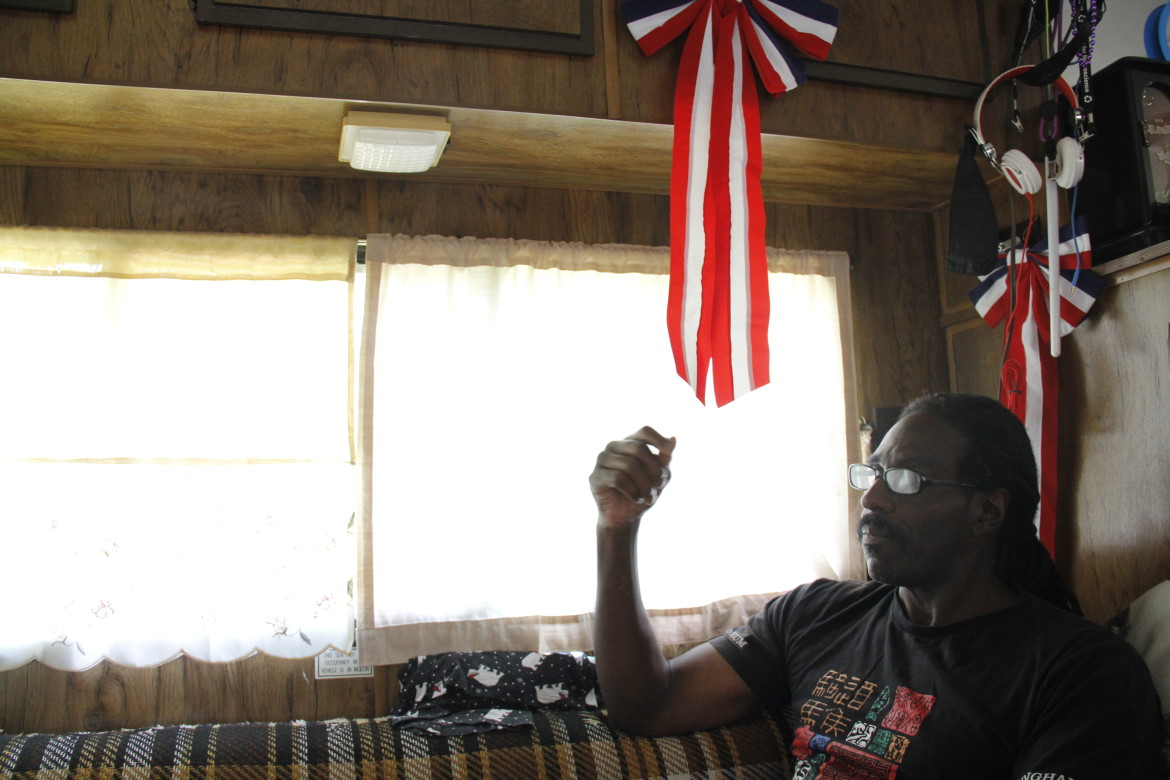 Former Wisconsin inmate Talib Akbar, seen here in the RV that he now calls home, discusses the psychological toll that spending years in isolation can have on a prisoner. He said he doesn’t mind living in his 1981 Dodge Country Squire. “I’m free to go. So I’m happy.” Photo by Kate Golden of the Wisconsin Center for Investigative Journalism.

Former inmate Talib Akbar says years spent in segregation in the Wisconsin prison system took a toll on his mind. Akbar now lives alone in a small RV that he parks around Madison while volunteering for Wisdom, a statewide faith-based group that campaigns against solitary confinement.The drawing Akbar made while confined in a cell at the Wisconsin Secure Program Facility in Boscobel was used to help make a mock-up of a typical 6-foot-2-wide, 12-foot-long segregation cell that Wisdom takes to public events to raise awareness about solitary confinement.

Akbar, 62, served a 20-year sentence for sexual assault until his release in 2013. He said he has never added up the exact amount of time he spent in solitary. But Department of Corrections records show Akbar — a serial prison litigator who went on several hunger strikes to protest prison conditions — served at least 10 stints there.

In 2006 and 2007, he was confined in solitary for 360 days initially at the Green Bay Correctional Institution, later Boscobel and finally Waupun Correctional Institution for alleged threats and filing what prison officials deemed a false report with state regulators about the care he received from a prison nurse. (Under the new DOC policy, that offense — lying about an employee — carries a maximum term of 60 days in restrictive housing.)

“They said I was fabricating a false statement,” Akbar said. “But that wasn’t the case.”

Akbar said during his time in solitary, inmates would sometimes make game boards using pen inserts and writing paper to pass the time.

“If they (correctional officers) saw that stuff, they would destroy it. It’s considered contraband,” he said. “It’s about control. They want to make your life as miserable as they can.”

Akbar said as the isolation continued, including severely limited access to sunlight, his behavior deteriorated. He described the cell as cold and dusty and the cellblock noisy.

“I would walk around wearing underwear on my head,” he recalled, “or it would be a pillowcase, and wrap it around my head to look like a sheik or something.”

Akbar said he became obsessed by minute challenges, such as removing hair or pieces of lint from his bed sheet. When an insect would make its way into his room, he said, “Nine times out of 10 you’d play with it because it was something to do.” 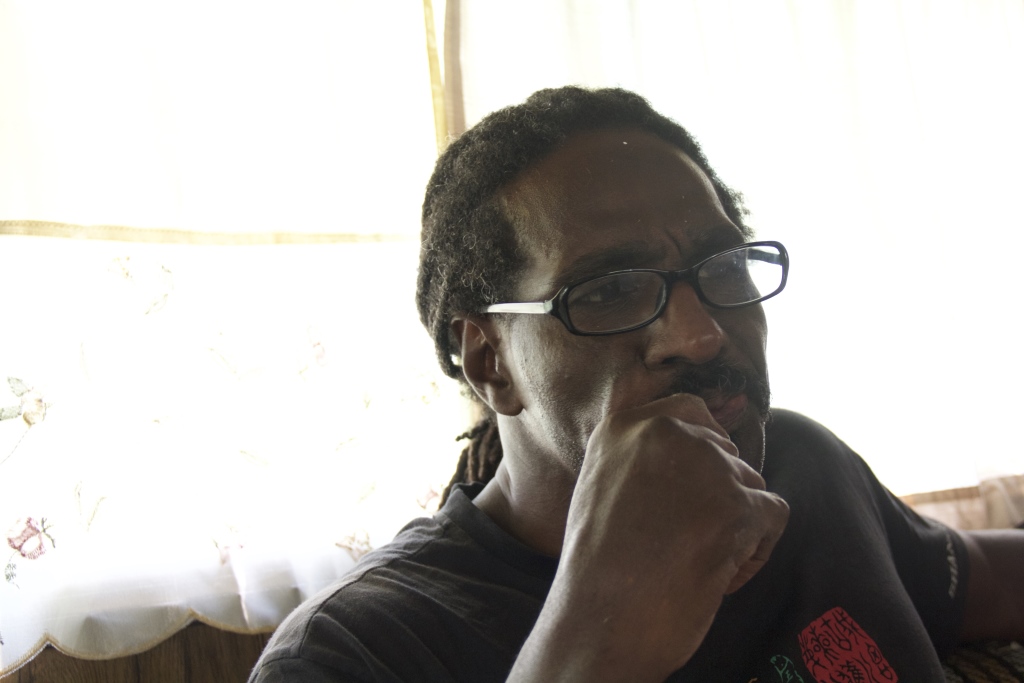 Former Wisconsin inmate Talib Akbar has not counted up the total time he spent in solitary confinement, but Department of Corrections records show at least 10 stints. New DOC regulations call for much shorter stints in so-called restrictive status housing for rule violations. Photo by Kate Golden of the Wisconsin Center for Investigative Journalism.

He recalls a particular fly that came into his cell. After a while, “I thought the fly was dead … (then) he popped up, and I said, ‘My friend!’

Akbar was frequently cited for disobeying orders and rules or complaining about prison conditions, according to 81 pages of disciplinary reports released to the Center. Several times, he was punished with days or weeks of lost recreation or confinement to his regular cell for possessing “contraband,” including a peanut butter and jelly sandwich.

The records indicate Akbar was disciplined for loudly complaining about a lack of computer access to file a legal challenge and objecting when he was not served breakfast at the appropriate time during the Muslim holy month of Ramadan, which includes fasting from dawn to sunset. Multiple times he was disciplined for refusing to be double-celled, including with gang members.

In 2005, Akbar received six months of solitary confinement for “threats” for telling a staff member “you’ll be getting your ass whooped” for refusing to provide tape to fix a torn envelope.

Today, Akbar shakes his head and chuckles about all the times he landed in “the hole” — usually related to the fact that “I don’t take orders very good.” But he acknowledged his time in solitary changed him.

“It made me strong … (but) I feel like my best friend is loneliness. Being by myself — I’m just used to being alone.”

The Wisconsin Center for Investigative Journalism’s reporting on criminal justice issues is supported by a grant from the Vital Projects Fund. The nonprofit Center (www.WisconsinWatch.org) collaborates with Wisconsin Public Radio, Wisconsin Public Television, other news media and the UW-Madison School of Journalism and Mass Communication. All works created, published, posted or disseminated by the Center do not necessarily reflect the views or opinions of UW-Madison or any of its affiliates.

2 thoughts on “Cruel and Unusual: Making Friends With a Fly”