County Board chairman's ranch is in isolated part of Glendale near dammed river. 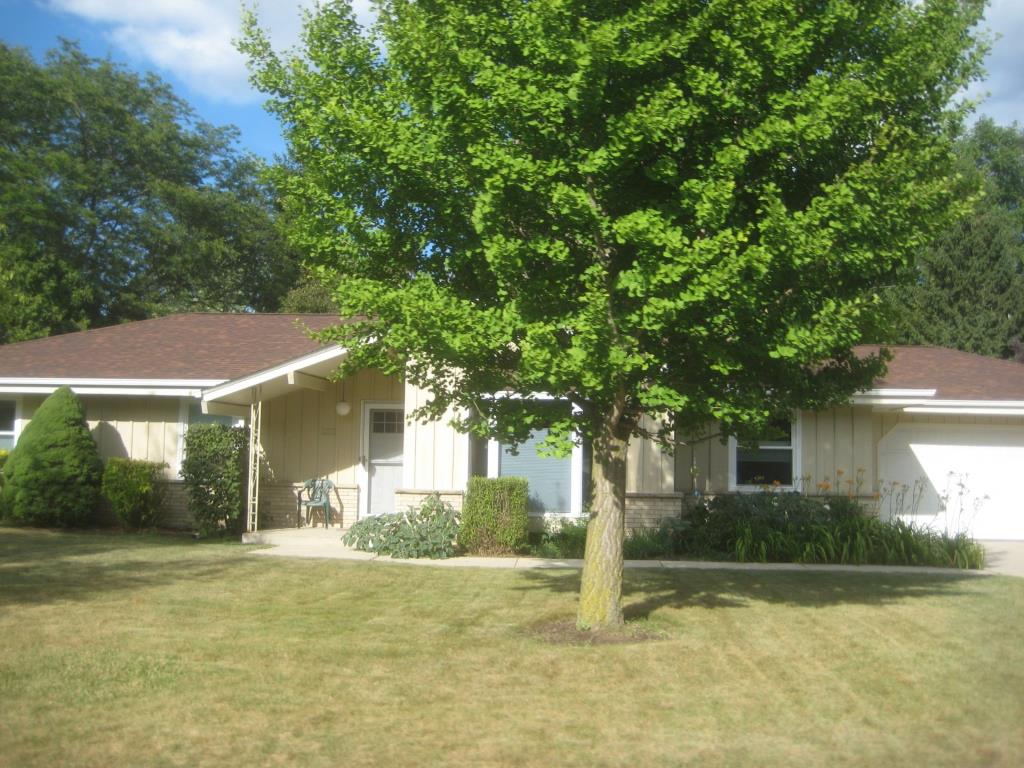 It looks like Lipscomb is prepared for the job downgrade. As the UWM honors graduate in Architectural Studies’ county biography states, “Supervisor Lipscomb brings his many years of experience on housing and economic development issues to the County Board. Outside of his County Board duties, he maintains part-time involvement in real estate, which helps to ensure that he is up-to-date on current events and trends in the industry.” I think that means he collects rent.

Lipscomb was elected to the board in 2008 in a write-in campaign made most unusual since the sitting incumbent, James White, was also a write-in candidate, having failed to submit sufficient valid signatures on his nomination papers. Lipscomb was then re-elected in 2012 after the district saw a good chunk of its urban portion redistricted away. Today, the 1st District includes all of Bayside, Brown Deer, Fox Point, Glendale, River Hills and a portion of the Northeast side of Milwaukee. 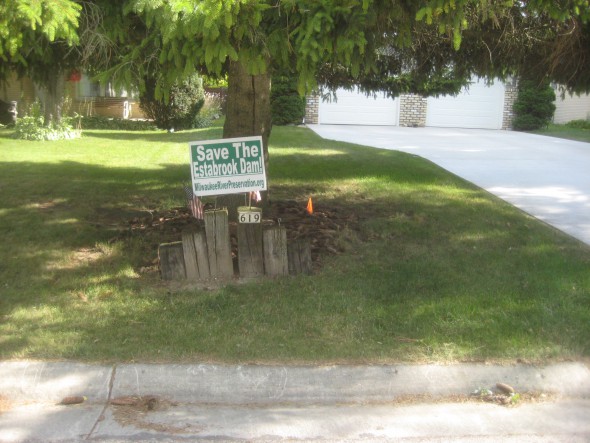 Save the Estabrook Dam! Photo by Michael Horne.

Lipscomb is a strong supporter of the move to preserve the dam in Estabrook Park, which attests more to his provincialism than his alleged expertise in urban planning, from which he earned a certificate from UWM.

The removal of the dam has been urged by numerous agencies and entities. It serves no useful purpose save to create a nice pool of water behind a handful of homes across the street from the Lipscomb residence on W. Montclaire Ave. and elsewhere in the city that is bisected by the meandering stream. Those homes tend to vote for Lipscomb, thanks to his support of their riparian rights.

In fact, Glendale is unquestionably the most busted-up of our suburbs, with its irregular borders, the river and the I-43 freeway creating many isolated pockets in the community. By a quick estimate, I’d say the city, incorporated in 1950, has about 20 miles of borders to encompass its mere 6 miles of area. Mequon, by contrast, needs only 30 miles of borders (including the lake) to hem in its 48 square miles. Glendale’s neighboring communities are Whitefish Bay, Shorewood, Fox Point, Milwaukee and River Hills. The city includes such magnificences as the Bay Shore Town Center as well as a number of nondescript ranch homes, some of them barely converted seasonal cottages on the river. Glendale is the home to Kopp’s Custard and Solly’s Burgers, yet the local cuisine tends more toward the fast food variety. It formerly housed the giant Schlitz elevator that held grain to be shipped to its downtown brewery via the fabled “Beer Line.” Glendale redeveloped that property into a business park, with no ancillary uses like housing or retail.

It has since taken baby steps toward mixed-use development at the Bay Shore Town Center, a faux city of sorts.

To find your way to Lipscomb’s patch of the city is a circuitous affair. For years the access was via a “Frontage Road” constructed off of Silver Spring Drive. Freeway reconstruction closed that off and moved the frontage road to Bender Road access to the north, not far from Nicolet High School. After a bit of looping and turning, W. Montclaire Ave. winds its way along the river’s east bank. The area has a number of somewhat interesting older homes built as riverfront getaways between the wars. These were on much larger lots that have since been subdivided. The riverfront homes in the Libscomb district include a number of mid-century modern structures with their flat roofs and carports. These have their counterparts in areas of Fox Point to the east. A few others are masonry, as is Lipscomb’s 1964 ranch, with its attached garage. The area does not have sidewalks, which are generally anathema to Glendale residential districts — and even some commercial ones along N. Green Bay Road. Some streets are gridlike, particularly where the city meets Milwaukee, while others are of a more suburban bent. The city even has its own little hidden lakes with houses that rival more substantial ones in the more substantial neighborhoods across the freeway to the west.

I remember the area from childhood, as my father built a home for his dad shortly after the city incorporated. Montclaire Ave. was on my walking route when I visited the wondrous, mysterious world of the suburbs for the first time, and I remember well some of the unusual modern buildings mixed in with the more conventional ones, as well as trips to the public boat launch on Montclaire that is certainly one of the community’s hidden gems.

Lipscomb’s home itself is not on the river, (the ones across the street are) but it benefits from the isolation the stream provides. The four bedroom, two bath, nine-room home is well tended, and has better than average landscaping, including some mature birch trees. It has a sheltering porch, and an 80 square foot tool shed out in the back yard. It is just a jump across the bridge to Kletzsch Park with its public amenities, and a heftier leap across river and freeway to Bay Shore with its mercantile allures. Other streets in the area include wooded lots with ancient oaks, as well as less admirable landscaping. For a bicyclist with a keen sense of direction, and a willingness to be spun around in circuitous streets here and there, Glendale retains a number of interesting elements to explore within its fractured six square miles. 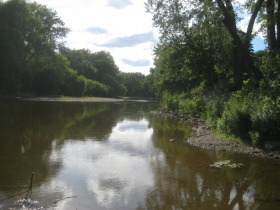 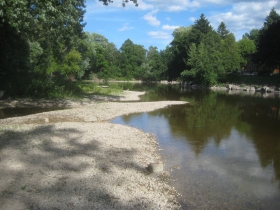 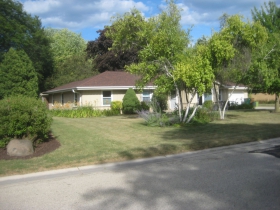 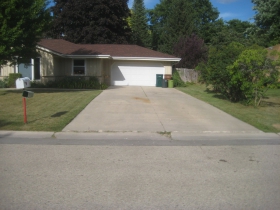 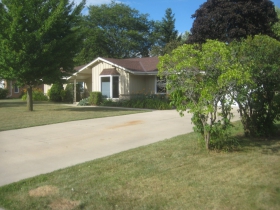 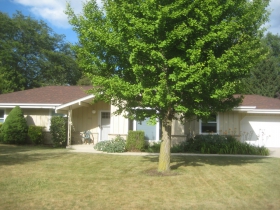 How Milwaukee Is It? The residence is nine miles from Milwaukee City Hall.