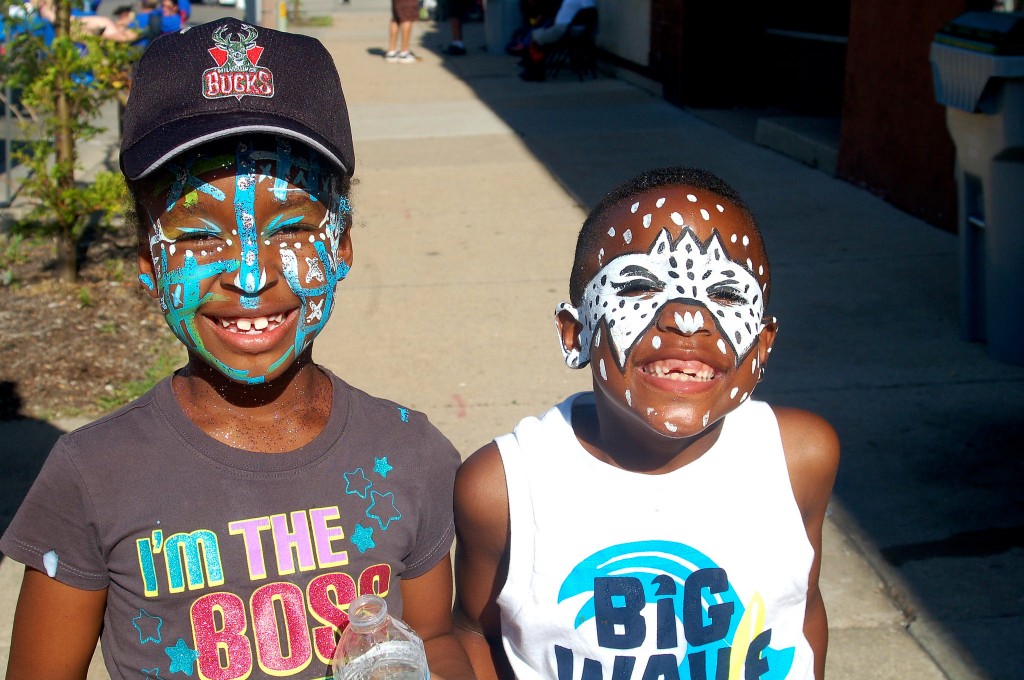 Art that appealed to every age group could be found at the festival, including face paint for children. Photo by Allison Dikanovic.

Janette Herrera, a lifelong resident of Bronzeville and self-proclaimed historian, enjoyed the musical performances at the Bronzeville Cultural and Arts Festival as she reminisced about her historic neighborhood. She described Bronzeville’s thriving social, cultural and economic state when she was younger. She pointed to where the first black library used to be, where the grocery store, social center and popular barbershops were. She spoke of the great jazz musicians that used to play down the street.

“This is all significant. Everything is significant… This is history. A lot of young people don’t know about it, and they need to know about it. That’s why we’re here today,” she said.

The festival kicked off the third annual Bronzeville Week put on by Alderwoman Milele A. Coggs and Friends of Bronzeville. Coggs referred to historic Bronzeville as a “bustling hub of culture, arts and entertainment and of course, commerce” and said she hopes that the week of celebration “brings that flavor and energy back, but with activities and events that emphasize a hopeful future for the district.” 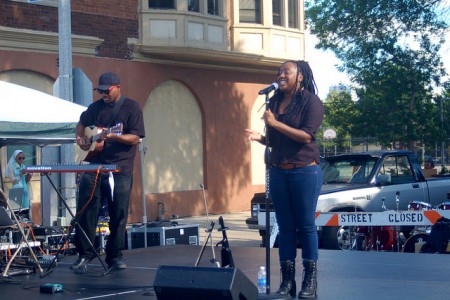 Artaska Aquino takes the stage to celebrate Bronzeville’s rich musical history, which made it a regular stop for legendary jazz musicians such as Billie Holliday and Duke Ellington. Photo by Allison Dikanovic.

The stretch of North Avenue from Martin Luther King, Jr. Drive down to 7th Street was filled with food vendors, artistic displays, booths from local organizations and shops selling brightly colored African-inspired clothing, jewelry and beauty products. The local band Cigarette Break headlined the festival, and one of two stages was dedicated to gospel music.

Bronzeville Week has been packed with events such as a neighborhood cleanup, health checkup, business summit, networking mixer, softball game, bike ride and poetry breakfast. In addition to honoring the culture and arts of the neighborhood, Bronzeville Week aims to promote area businesses, and serve residents and families.

“We really wanted to have something for everybody,” said Jamie Montgomery-Baker, of Friends of Bronzeville.

“It’s important to us that we maintain the history and carry it through for our children and create that legacy so they understand where they come from, while also carrying it into the future,” said Montgomery-Baker. She explained that at the turn of the 20th century into the mid-20th century, Milwaukee’s African-American population was concentrated in and around Bronzeville because of segregation.

“All of this area is significant because we were limited. This was the area where black folks were developing businesses… We weren’t allowed to go anywhere else,” said Herrera.

Herrera said she hopes that Bronzeville Week will further develop a sense of community pride in younger generations. “It’s important for them to know that we need to stay here. We need to support the black businesses here, and we need to support each other.”