Press conference celebrates opening of Near West Side Waypoint, a neighborhood center. 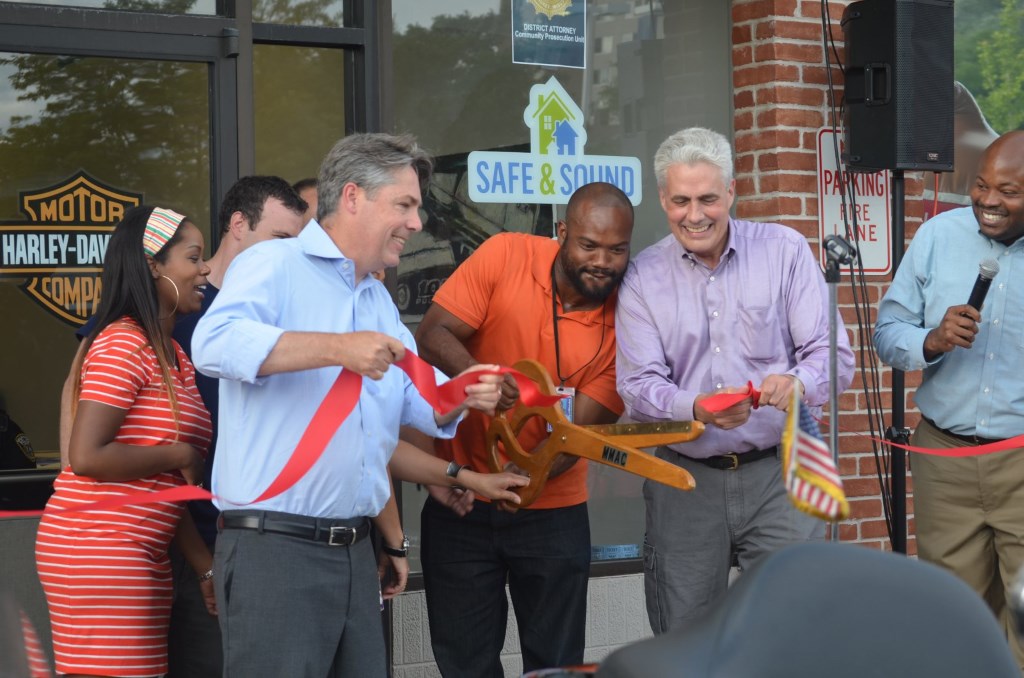 Near West Side Waypoint at Harley-Davidson Ribbon-Cutting. Photo by Jack Fennimore.

A new building in the Mid City Shopping Center, at the corner of W. Juneau Ave. and N. 35th St., aims to bring the neighborhood and cops closer than ever before.

On Tuesday, the Milwaukee Police Department officially unveiled its new Near West Side Waypoint at Harley-Davidson, which was also part of the Third District’s National Night Out celebration. Local elected officials and stakeholders were invited to cut the inevitable ribbon and give thanks to everyone who supported the creation of the Waypoint and the National Night Out event.

Keith Stanley, Executive Director of Near West Side Partners, Inc., said Waypoint is meant to provide a place where the community and local law enforcement can be engaged with each other through meetings, information sessions, interventions, and other opportunities. A Community Prosecution Unit with District Attorney Chris Ladwig will be housed in the building along with Safe & Sound, a non-profit, anti-crime community organization, with its staff member Meghan Johnson. Residents in need of resources, whether it be protection or information, can come to Waypoint to connect with those resources. “They can go to District 3, they can go to all the other police districts, but this is important because it brings it right here to the community,” said Stanley.

Near West Side Partners is a non-profit organization created to revitalize this area of the city through the promotion of commercial corridor development, improved housing, unified neighborhood identity and branding, and greater safety for residents and businesses. The organization is made up of many local businesses and civic leaders, including Aurora Health Care, Harley-Davidson, Marquette University, MillerCoors and Potawatomi Business Development Corp.

National Night Out is a campaign designed to increase crime awareness, generate support for anti-crime programs and strengthen relationships between neighborhoods and law enforcement. A block party was held to bring residents and law enforcers together and to host the ribbon-cutting ceremony.

Harley-Davidson, Inc., whose Juneau campus is right next to the shopping center, sponsored the National Night Out event. The company also sponsors a block watch every third Monday at 6:30pm in the area.

Mayor Tom Barrett thanked everyone involved in Near West Side Partners, the MPD and the community for making the Waypoint a reality. He said that while the neighborhood faces a lot of challenges, one of the best ways to address them is to have stronger relationships between community members and cops. He called for citizens to work with and respect the police force and for the police to work with and respect citizens.

Jason Smith, Police Captain in the third District, said that in the three years he’s had that job there’s been a huge change in the relationship between police and the community. The police force started asking the community how they wanted to be policed. All that feedback went into the creation of the Waypoint, and all of the feedback from the Waypoint will be applied to other parts of the city. The police, he noted, “put their lives on the line every day and work hard for you,” adding that “happy cops equal a happy community.”

Common Council President, Ald. Michael Murphy, congratulated the neighborhood for its diversity and commitment and said he was proud to represent it. “We are stronger as a whole than separate and equal,” said Murphy. Alderman Robert Bauman added that the neighborhood has great assets in its close proximity to Downtown, great transportation choices, and great employers that have stood in the area for centuries. “You’re gonna see some major changes in the neighborhood… and we’re gonna take a real shot at improving quality of life and economic opportunity for everybody,” he promised.

Other National Night Out block parties in the city are scheduled for: 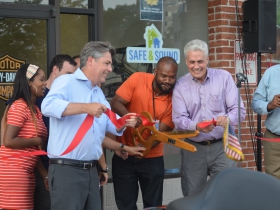 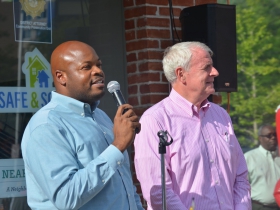 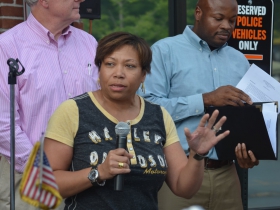 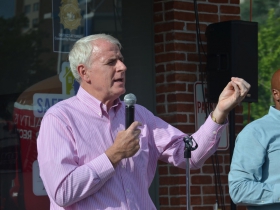 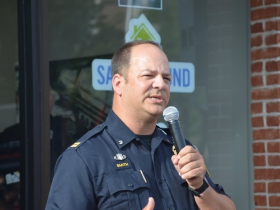 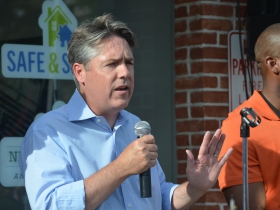