The non-profit experiment in sustainable living is built on ashes of the failed Sweet Water Organics. 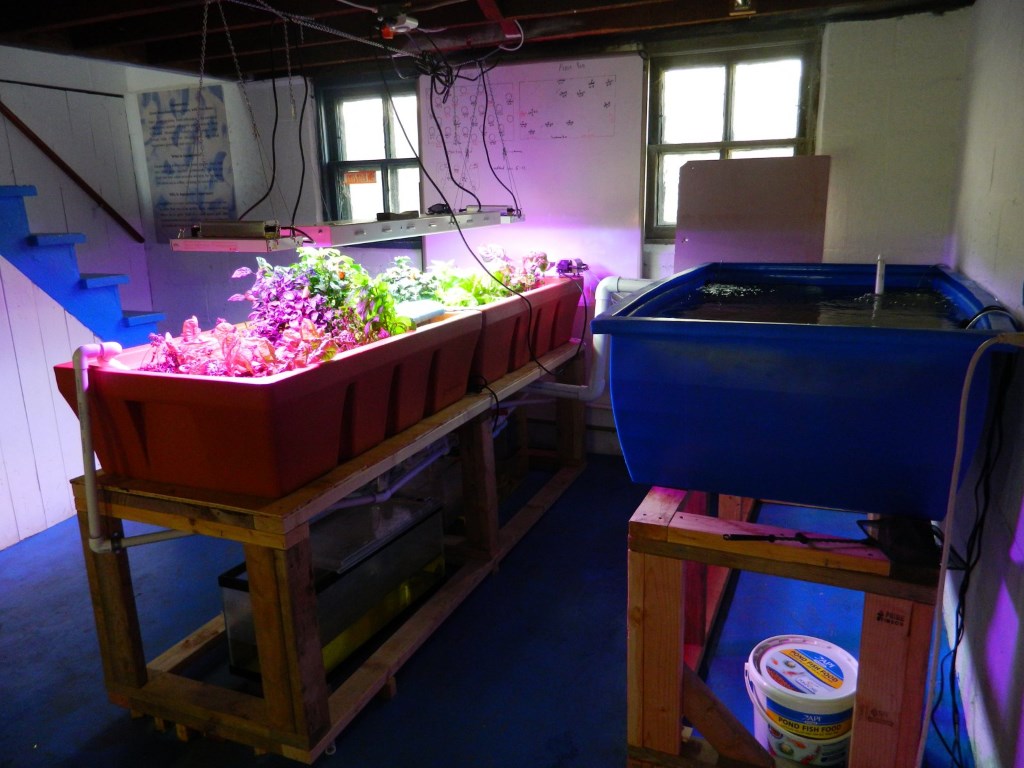 The Bay View Heart Haus has been variously described as a bed and breakfast, an urban farm and a community center. It feels like all that and more the second you step inside. Ben Koller, the center’s founder, describes it as “an experiment in self-reliant living, community organizing, and also community development.”

When you approach the Heart Haus at 325 E. Euclid Ave., just a block south of Oklahoma Ave. and not far from Humboldt Park, you’re first greeted by its beautiful “edible, pick-able garden,” as Koller describes it. The garden, almost a kind of outdoor salad bar, is a work in progress: This year, they’ve added organization and aesthetics into the mix with flowers that line the outskirts of the garden, and stepping stones throughout that allow visitors to go from plant to plant, picking their produce.

Heart Haus began in May 2014. “We took this dilapidated, run-down, under-utilized, latent resource of a house,” says Koller, “and we said, ‘can we re-envision the home as the center of economics and the center of learning’?”

According to its Facebook page, Heart Haus is an experiment in collaborative living, working and playing. To date, 2,500 people have come through the door to work together towards a goal of self-sufficient living and conservation.

“If you think about what’s going on in America, we have a lot of what I’ll call ‘unnatural resources’…which are foreclosed homes and buildings that are just empty, vacant, but they have potential,” Koller says. “They just need to be re-envisioned.”

The Heart Haus hasn’t always succeeded, however. This past winter, a greenhouse project envisioned and constructed by a visitor from Costa Rica collapsed under a snowfall. But the price tag for this idea was a grand-total of $150, so there was room for such failure. Koller says this is how the Heart Haus functions. “If you could think of it like a petri dish, we said, ‘let’s create an environment where it was okay to fail, because that’s really where you get your true feedback.”

Speaking of failure, Heart Haus in some ways is built on the failure of Sweet Water Organics, the Bay View-based business that created a massive aquaponics system in which fish were raised in large tanks and the water was then circulated through beds in which greens and tomatoes grew. The city gave a $250,000 loan to Sweet Water Organics, but the company went belly up after four years,  leaving the city with a $137,000 shortfall.

The company’s leader, Jim Godsil, who still runs the Sweet Water Foundation, contributed the building for Heart Haus. And Heart Haus has a basement aquaponics system, spearheaded by Jesse Blom of the Sweet Water Foundation. Basil, watercress, Swiss chard, lettuce and peppers are grown in a system that sits above running water. This is connected to a tank where Tilapia are raised. The set-up mimics that of the old Sweet Water business, though on a much smaller scale. Blom designed and built this system, with help from two students from the UW-Milwaukee School of Architecture and Urban Planning.

Miguel Castro, another Heart Haus founder, explains that the auquaponics water and air temperatures are regulated by a wireless CPU (Central Processing Unit), as are the lights and water levels in the tanks. This way, Blom and company can visualize and change the system’s data even when they aren’t there. The water pumps from the fish tank through a bio filter to the grow beds, and the plants remove the nitrates from the fish waste. This water is then pumped back to a sump tank with a pump that pushes the clean water back to the fish tanks.

Eventually they will switch from Tilapia to catfish, which can thrive better in colder water, saving money on the cost of heating the water. Koller says every change they make at Heart Haus is based on the question: Can a family of four afford it, maintain it and benefit from it?  The experiments and projects in the Haus are all to test the waters, literally it seems, for people to do it on their own, and to show them how.

Most people think of growing their own food as a hassle, but it needn’t be so much work, Koller says: “Start with something that you like. You’re spending 10, 20, 30 percent less because you’re growing your own produce.” And conserving resources, he adds.

Then there is the back yard at Heart Haus.  Several project ideas have been conceived for it, Koller says. Most of them involve more garden space, but they’ve also installed a fire pit in the middle of the yard. “We do a lot of gatherings,” Koller says. “The Heart Haus is the heart of the neighborhood. It’s intentionally created” to be a “gathering space…. to bring people together,” he notes. A few UWM students will be involved in a project that focuses on producing renewable energy in the garage behind the Haus.

When you first step foot into the front room or “heart of the Haus,” you’ll see it has been opened up a bit. A wall was taken down to transform two rooms into one larger one, creating more space to entertain, gather and learn. Heart Haus now offers Yoga and Pilates classes as well as meditation sessions. All classes last year were sold out.

The next room over is set up like a small movie theater, where the Heart Haus adds a technological aspect to its mission. Invoking the mantra “high tech, high touch,” Koller says the tech room is where they hold movie screenings, presentations, musical performances, and video conferences where they even “have dinner” with visitors and potential partners who may come from as far away as India or China. Soon, the Heart Haus crew will begin podcasts to further its mission, he says.

There’s also a quiet study room that will eventually host a small library. Then there’s the kitchen, which feels like your grandmother’s kitchen, down to the old-time, wood-burning stove. Castro says Heart Haus will install another aquaponics system in what are currently kitchen cupboards. Upstairs, there are three rooms that are part of the bed and breakfast, which has garnered rave reviews. Says one, mentioning Koller: “Ben was an awesome host! Great communication, great house, great neighborhood. I highly recommend staying at the Heart Haus.”

Some of the ideas behind the Heart Haus also include the concept of an Agora (Greek for “open place of assembly”; a place in ancient Greece at the heart of every city-state), and the work of Integral Urban House in Berkley California, a pioneering experiment in the 1970s centered on self-reliant “urban homesteading,” and focused mainly on urban farming. “What we’re trying to do is marry the idea of the Integral Urban House from a hardware perspective to the software of the Heart Haus community,” Koller says.

Koller believes Heart Haus has the perfect location. “Bay View is, like, the best place to do it. It’s a very community-driven, progressive community with people who have access to new ideas and are willing to accept them.”

These continuously-developing projects seem intimidating, but Koller and his co-founders don’t seem phased at all. “We started with one rule and that was we don’t start projects we can’t finish.” Meaning you can expect that aquaponics system addition to the old-time kitchen to be finished, albeit in a trial-and-error fashion. 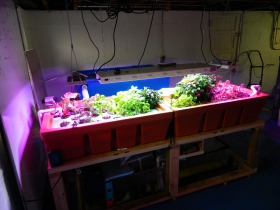 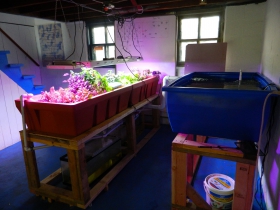 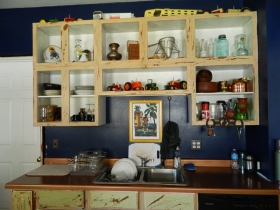 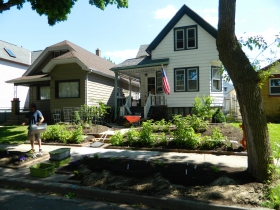 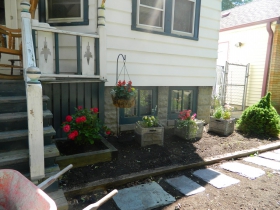 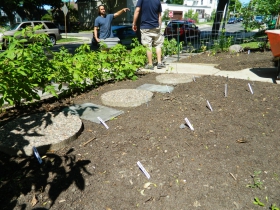