By Mark Doremus, Milwaukee Neighborhood News Service - Jul 31st, 2015 11:08 am
Get a daily rundown of the top stories on Urban Milwaukee 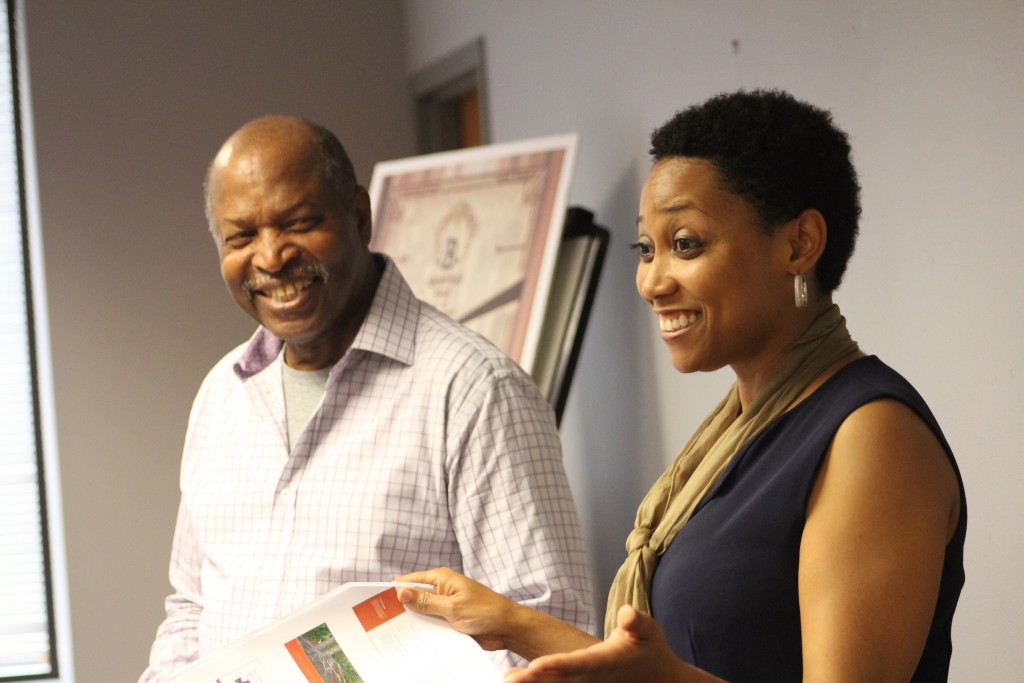 Bruce and Tamora “Tami” Martin presented their plans for the old Stella’s Restaurant at a community meeting hosted by Ald. Milele Coggs. Photo by Mark Doremus.

A husband-and-wife team has announced plans to open a delicatessen and market with 15 employees in the former Stella’s Restaurant at 2730 N. Martin Luther King Drive.

At a Bronzeville community meeting, developers Bruce and Tamora “Tami” Martin told the crowd that they want to open a full-service grocery with fresh produce and hot food in the Stella’s building, which has been vacant since 2010 and is now owned by the city of Milwaukee. The new “King’s Fresh Market and Hot Food Deli” would be almost directly across the street from the Growing Power Deli and Food Market.

“Our mission is to affect the lives of Milwaukee residents by bringing fresh food options but also by pairing that with education about how to eat healthy,” Tami Martin said at a meeting hosted by 6th District Alderwoman Milele Coggs. “Will we have fried chicken? Absolutely, but your options are not just fried chicken and French fries; it’s going to be fried chicken with a healthy side dish.” 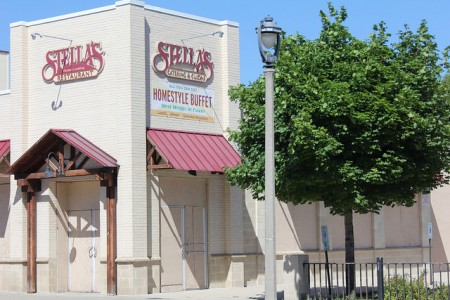 The building that once housed Stella’s Restaurant has been vacant since 2010. Now a Milwaukee couple has plans to convert it into a full-service grocery store. Photo by Mark Doremus.

The area around the proposed market has been labeled a “food desert” in the past for its lack of healthy food options. According to the United States Department of Agriculture, a food desert is an urban neighborhood where a large number of people live more than one mile from a supermarket or large grocery store. According to the USDA, the lack of access to good food contributes to a poor diet and can lead to higher levels of obesity and other diet-related diseases, such as diabetes and heart disease.

If the Martins were to open a second deli and fresh-food market on the 2700 block of King Drive, what was once a “food desert” would be more like an urban “food oasis” with two competing healthy food stores across the street from each other.

In response to an audience question at the Bronzeville community meeting, Tami Martin said she has 22 years of experience in financial services and currently owns real estate. She said that she and her husband would be the sole owners of the proposed King Market. According to city documents, Bruce Martin is a Marine Corps veteran who reports that he has been a Milwaukee resident since 1963 and has helped renovate several buildings in the city, including the headquarters of the Milwaukee Urban League at 435 W. North Ave.

The Stella’s building, which opened as a Ponderosa Restaurant in 2002, is for sale by the city with an asking price of $250,000, down from $330,000. As recently as 2014, according to city tax records, its assessed value was $798,000. A city inspection of the building a year ago found it to be in “good repair,” but with water and mold damage in the back kitchen area.

The purchase and renovation of the building requires city council approval.

One thought on “Second Healthy Food Market on MLK Drive?”