Ald. Jose Perez talks about barriers he once faced at summit for unemployed men.

By Edgar Mendez, Milwaukee Neighborhood News Service - Jul 29th, 2015 10:42 am
Get a daily rundown of the top stories on Urban Milwaukee 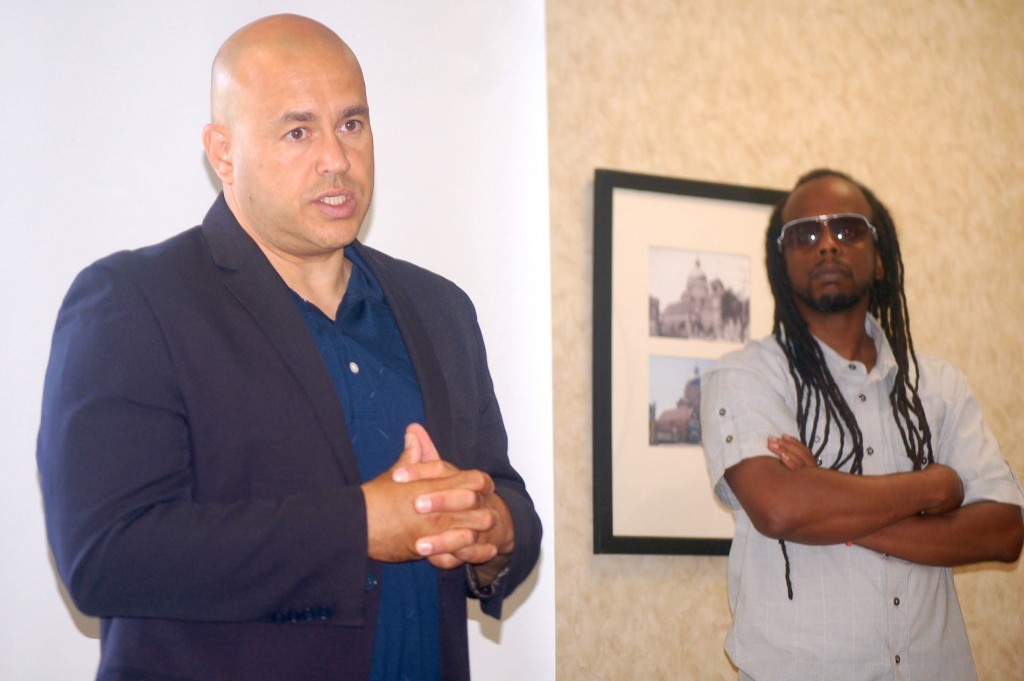 Alderman Jose G. Perez encouraged men at the My Brother’s Keeper Neighborhood Summit to take advantage of resources available to help them turn their lives around. Photo by Edgar Mendez.

Wearing black-rimmed glasses and sporting a white t-shirt and shorts, Jerry Evans sat patiently on a brown plastic seat in a classroom at the Kosciuszko Park Recreational Center, 2201 S. 7th St., listening for his name to be called.

He was waiting to discuss his child support case with workers from Milwaukee County Child Support Services. Evans was one of dozens of men who made their way to the center to participate in the My Brother’s Keeper Neighborhood Summit.

The clock had yet to strike noon, but already Evans had learned about the opportunity to expunge misdemeanors from his record and how to get a free health screening. He also met with representatives from the Center for Driver’s License Recovery and Employability (CDLRE), who advised him on how to earn back driving privileges he’d lost three years ago.

“They walked me through all the steps. It was a great help,” said Evans, who added that he worried about what would happen to his kids if he were arrested for driving without a license. 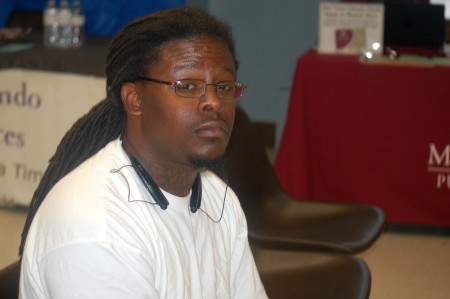 Jerry Evans, of Milwaukee, said the advice he received at the summit left him hopeful that he could finally recover his driver’s license. Photo by Edgar Mendez.

The purpose of the summit, said Dennis Walton, outreach coordinator for the Milwaukee Fatherhood Initiative (MFI), was to “empower men and fathers by removing barriers to success from their lives.”

It was the second such summit held in Milwaukee this summer. The first, also sponsored by MFI, City of Milwaukee, the national My Brother’s Keeper initiative and other organizations, was held on the North Side in June at Holy Redeemer Church, 3500 W. Mother Daniels Way.

After seeing the success of that trial event, said Walton, organizers thought the model was ready to expand to reach men in need on the South Side. Eventually, he added, he’d like summits to be held in locations across the state.

The summits are “welcome and needed,” according to Mayor Tom Barrett. Barrett described the South Side event as a way to help “create hope and opportunity for men in the city,” which he admitted is lacking in family-supporting jobs.

“Many of the better-paying jobs aren’t in the city of Milwaukee or accessible by bus,” said Angela Catania, supervisor at CDLRE. Additionally, she said, many employers consider a driver’s license a sign that an individual is responsible.

Alexander DeLaGarza, like Evans, is looking to get back his license. He said he’s held a few jobs since losing his license after an OWI last year, but believes he hasn’t gotten hired for one of the more desirable positions he’s applied for because of his driving status.

“They ask me if I have a license and then they ask me how I get around,” DeLaGarza said.

At the summit he learned that he’d have to pay all his fines and obtain an assessment at IMPACT, which provides drug and alcohol consultation services, before he could get his license back. DeLaGarza said learning that was a relief because he originally thought he’d also have to pay to install a costly ignition interlock device, which tests drivers for alcohol in their system.

With the help of Catania, DeLaGarza, Evans and other attendees were able to craft a plan to clear their license suspensions.

The CDLRE serves about 300 people a year at events such as My Brother’s Keeper Neighborhood Summit, in addition to enrolling individuals into its more comprehensive program, which offers case management and legal services.

Alderman Jose Perez, who co-hosted the summit held in his 12th district, said that like many others in the neighborhood he knows the struggles of having a license suspended.

After his was revoked he was forced for years to pay for an SR-22, a vehicle liability insurance document required for high-risk drivers in Wisconsin.

“I paid more in insurance than what my car was worth at the time,” Perez said.

But he overcame that and other struggles including the gang violence he said permeated the neighborhood during his youth. He encouraged men who attended the summit to do the same.

“I got myself on track in this rough neighborhood,” said Perez, adding, “Today is your opportunity.”