Questions for Davina and the Vagabonds 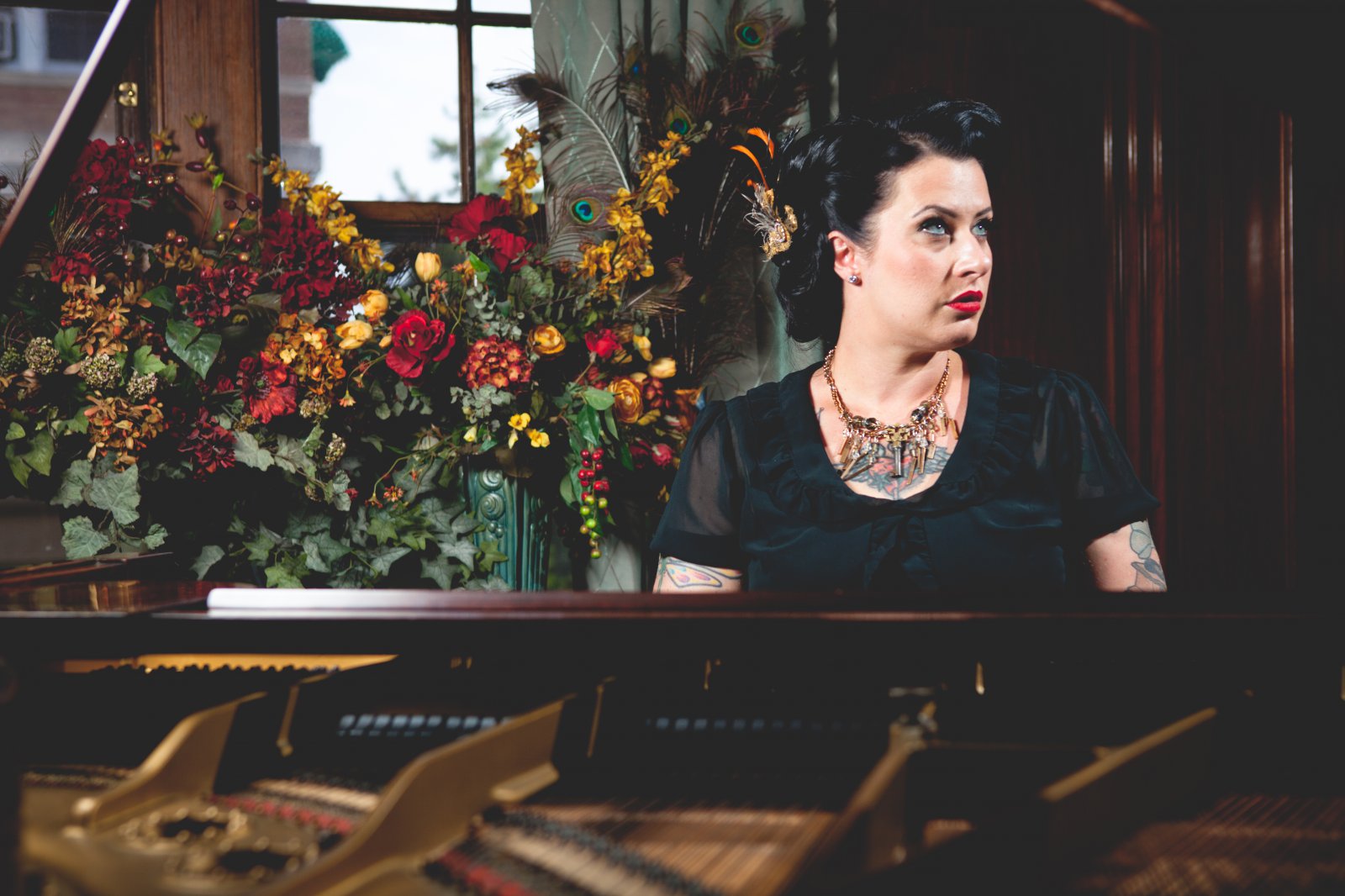 True to their name, Davina and the Vagabonds is a band that has wandered across the world, from Vancouver to Miami to Europe. They even found their way to the hit BBC show, Later with Jools Holland. But no matter where they are on the globe, it always feels like New Orleans and Memphis when they perform.

The band’s first album Black Cloud, released in 2011, was named one of the year’s 10 best releases by the Minneapolis Star & Tribune and was awarded 4 ½ stars from Downbeat Magazine. Their second album, Sunshine, released last year, hit number 13 in the Billboard Blues Chart.

Davina Sowers leads the band, handing piano, vocals, and ukulele. Joining her is Dan Eikmeier on trumpet and vocals, Ben Link on trombone and vocals, Connor McRae Hammergren on drums and vocals, and Matt Blake on upright bass.

You can listen to the band’s blend of “New Orleans charm, Memphis soul swagger, dark theatrical moments that evoke Kurt Weill, and tender gospel passages,” as the group has been described, this Thursday at 6 p.m. in Cathedral Square Park. Sowers responded to our questions via email.

How would you describe your band?

We are a band that plays 100 years of Americana music with 50 percent originals that lend to many genres. We do not play rock.

I started the band 10 years ago and have had many musicians come and go, due to being a professional full-time band. I found these Vagabonds based upon their talent and love for music.

East Town Association has given us many opportunities to play in Cathedral Square Park. I believe we started with Bastille Days many years ago, seven years maybe?

By being level A performers, true to our craft, no transparency, heart-felt, high-energy shows.

Which famous musicians do you most admire and why?

I admire all working musicians. This is a tough industry. Anyone that is out there living their dream, I respect and honor. A lot of travel, sacrifice, and passion goes into being a working musician.

I believe the newest generation is either completely pushing older music away or completely embracing it. The ones embracing seem to really meld eras together and give an edge.

I grew up with a folk singing mother and pre-war music loving father. Many years of lessons and a passion for music like no one’s business. Dan is a U of M Alum… drum core alum and embraced music from a young age. Connor is a drum core alum, he’s been gigging with bands since 12. I believe he is 32 now. Ben is an Indiana State via McNally School of music alum. HUGE lover of music in a vast way. Matt is a music therapy major, but has been gigging since he was young as well.

“Milwaukee.” The community has such a love for arts and music.

What was your most memorable show to date?

Monterey Jazz Festival. My piano was right where Jimi Hendrix started his guitar on fire.

I think Milwaukee is PACKED with many, many amazing musicians.