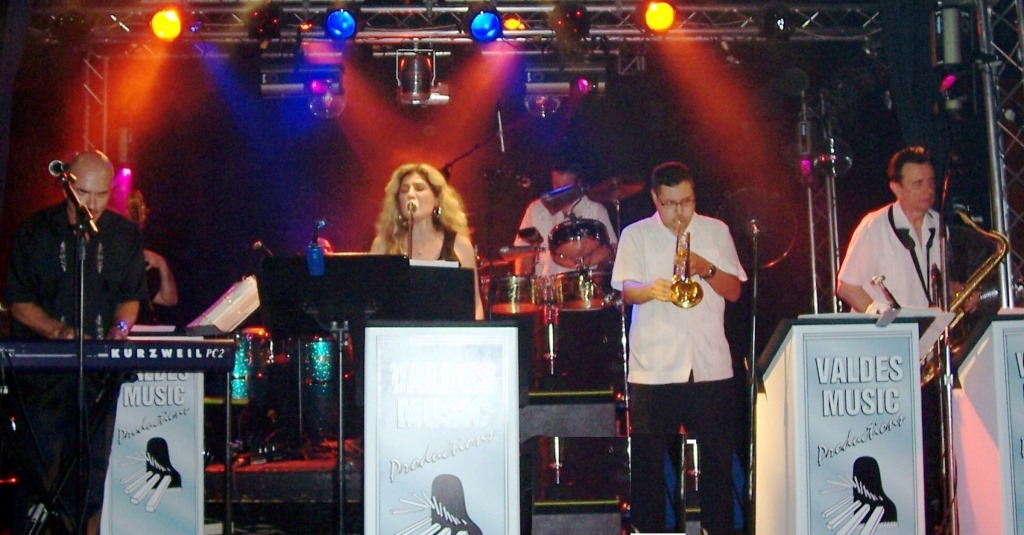 Jose Valdes and The Mambo All-Stars

The Chicago-born Jose Valdes and The Mambo All-Stars are ready to transport you to Latin America today at Jazz in the Park, taking inspiration from a wide range of artists, including John Coltrane, Olga Tanion’, Celia Cruz, Ray Barreto, Sonora Poncena, La India, Cubanisimo, and Perez Prado. The bills itself as “an energetic dynamic band which plays salsa, merengue, cumbia, cha-cha, and boleros, a complete variety of all the Latin dance rhythms.” The Chicago-based group has played at Summerdance at Grant Park, the Adler Planetarium, the Taste of Chicago and other venues and events.

Valdes is the leader of the band and the piano player who has worked with such artists as Jose Fajardo, Tito Puente, and Eddie Palmieri. Joining him is Luis Rosario on timbales, Nathan Rodriguez on upright bass, Frankie Ocasio on congas and coro, Fred Cantu on trumpet, Ian Letts on saxophone and flute, John Mose on trombone, and featured artist Sonia Perez handling lead vocals and percussion. As suggested by the various percussionists in the band, its music is all about the beat.

The band is performing tonight at 6pm at Cathedral Square Park. Valdes answered our questions via email.

How did you get your start in jazz/reggae/rock music?

I started leading my Latin band in Chicago on the South Side in 1975.

I draw my artists from all over Chicagoland, over a span of three decades.

It is a great venue with high exposure and an artistic environment.

By presenting excellent material and musicianship.

Balance is about getting the creative work done, all else will follow.

Piano at age 6, taught by a nun at Chicago Public School.

The 1997 Hennessey Jazz Search contest at Village Gate in New York and the 1999 Chicago Jazz Fest.

What drew you to this kind of music?

What do you love the most about performing live?

The electricity of real music in real time.

Just keep performing; even the greatest works have flaws.

Parks in the summer

How is performing Latin jazz different from other genres?

The artistic latitude and improvisational freedom.

I have not performed there in many years, am greatly looking forward to it.