How the Merrill Park Apartments Got Painted 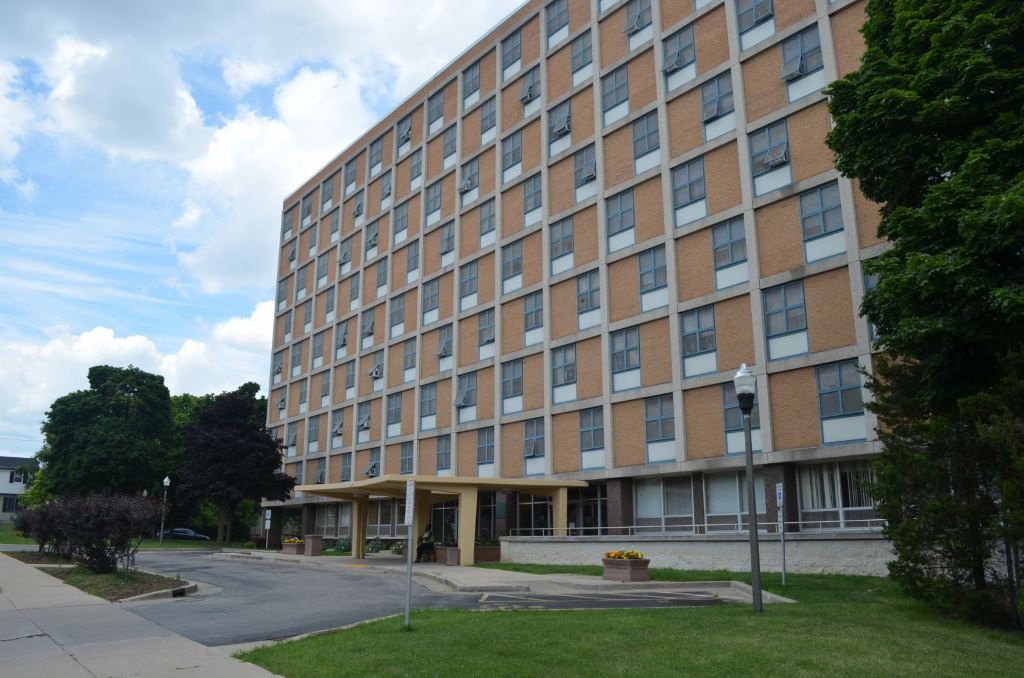 On Wednesday, Ald. Robert Bauman came to the Merrill Park Apartments, a housing complex operated by the Housing Authority of the City of Milwaukee for low-income seniors, to see first hand the repainting of rooms being done by a group of students from Marquette University High School.

During a community meeting, Bauman found out that the federal sequester of 2013 froze funding on the development of the Merrill Park Apartments, which were in his district. Most of the resident rooms in the building haven’t been painted in five to 10 years. Many of the residents either can’t afford a repainting or are unable to do it themselves. So Bauman contacted Marquette High President Father Warren Sazama, S.J. And he contacted his students for a summer community service project to repaint the apartments under the supervision of Jake Murray, a teacher from the school.

“The funds that would normally be available for painting the apartments were cut in Congress under the sequester, so the volunteer efforts by MUHS are very welcome,” Bauman said.

Fr. Sazama said that he was “honored” that Bauman contacted him for the project. He’s taken community service groups to work all over, from Ecuador to the Indian Reservations in South Dakota, but he’s happy to give students the opportunity to work on a project in their own community. He believes the experience will teach the group “faith-based values” about the joys of giving and reaching out along with the fun and satisfaction of rolling up one’s sleeves and getting to work. He also hopes the experience will also foster a connection between the students and the residents at the apartments.

Today, the students worked on the apartment of Cornelius Jynes. Jynes has lived in his apartment for over 20 years but hasn’t had it repainted until now. He said that he was “glad to see them” and was very satisfied with their work. He even rewarded the group with cookies. High school students Nana Yorke and Jonathan Medina, who were painting Jynes’s apartment, said that they are working for the service hours and to “help out the community.”

I also got a chance to talk to Verline Johnson, who had her apartment repainted by the group earlier in the project. She moved into the apartment in 2004, and doesn’t know the last time it was repainted. She said she couldn’t do it herself because of her fingers and joints cramping. So after the group from Marquette High offered to repaint her apartment, and after she talked with her manager, she was put on the list. She said the students did a lovely job of painting her living room, kitchen, and bathroom, and hopes to give the students a small token of appreciation, such as treating them all to dinner, which would be “coming from my heart,” she added.

The group has been working for the past two weeks and hopes to get their fourth apartment (out of ten on the list) done today. It takes about three days to complete the painting of an apartment and the students work from noon to 4:30 p.m. 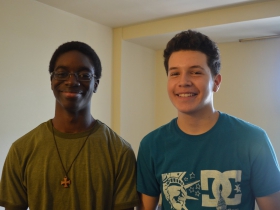 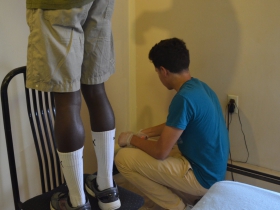 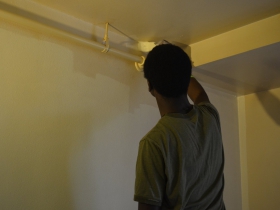 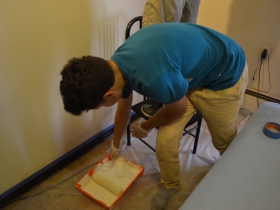 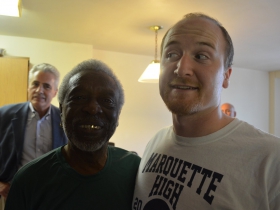 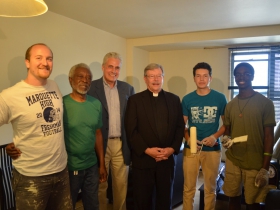 One thought on “How the Merrill Park Apartments Got Painted”