The historic 1887 Queen Anne home with ten rooms and panoramic views of the lake is now a museum. It will be part of Sunday's East Milwaukee Garden Tour. 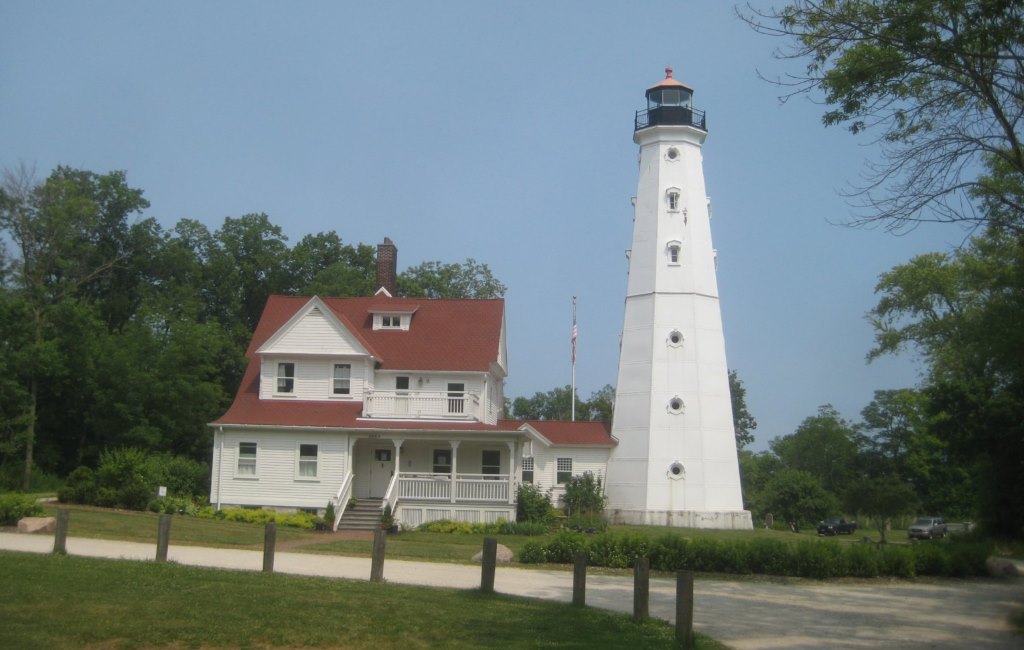 What a house! Situated on the only lot on the east side of fashionable N. Wahl Ave., this National Register-listed 1887 Queen Anne has 10 rooms and panoramic views of the lake and the city from an attached octagonal tower. Immediately adjacent to a golf course, across the street from elegant mansions in Milwaukee’s finest neighborhood, the home at 2650 N. Wahl Ave. sits on a two-acre lot landscaped by Frederick Law Olmsted and may be approached from either of two bridges guarded by stone lions. What’s more, for over a century the property was owned by the Federal government, which built it as rent-free housing for a government bureaucrat. Your tax dollars at work!

Perhaps a little context is in order here. The residence in question is now known as the North Point Light Station and Keeper’s Quarters, and today operates as a museum. But for almost 140 years it was staffed by in-house “Keepers” — a position then within the U. S. Light House Service (now a part of the U.S. Coast Guard). Today visitors can get a glimpse at the history of the place, and get a sense of what life was like for the keepers and their families since the station was established in 1855.

The site for the light station and accompanying residence was chosen by the federal government in 1855, when the existing light station near the harbor was deemed insufficient. This location, three miles from the harbor, was chosen because it was the northernmost point of Milwaukee Bay (and concurrently the southernmost point of Whitefish Bay). Here the bluffs rise 80 feet above the lake, considerably higher than downtown, giving the new tower a built-in head start. The station’s property ran straight down the bluff to the lake below, where the waves of the giant body of water ate away at its precious real estate.

By 1887 the old facility was dismantled and this home was built on a site further inland, with a 39-foot tower. Its 4th Order Fresnel lens was lit for the first time on January 10th, 1888. In 1912 a temporary light tower was constructed, and the original one was hoisted up and attached to a new riveted boilerplate base, raising it to 74 feet tall, and a total of 154 feet above the lake level. The lens could be seen from about 14 to 20 miles away. However, due to certain atmospheric aberrations, the light has been seen from as far away as 80 miles on rare occasions.

Today the old place has been turned into a most pleasant and accessible museum with original and period artifacts, some donated by the family of Georgia Stebbins, who served as keeper from 1881-1907, longer than any of her fellows — who were all fellows. Stebbins was a rare woman in the position, and she raised her children here, some who went on to prominence in the community. It is estimated that she climbed the tower some 63,800 times during her tenure. Other treasures include old lenses, a harbor bell and nautical artifacts from the many marine disasters that the lighthouse keeper could witness but not prevent.

In April, 1893, Stebbins was on duty at the station when a sudden storm arose. At the time, city contractors had sunk a cassion into Lake Michigan to extend the water intake pipe further out into the lake, since the original lie in polluted waters. Sixteen workers were in the bottom of the hole in the lake when the storm surged, and Mrs. Stebbins watched. The Light House Service had not provided her with a telephone, so she ran to the home of a neighbor to alert the authorities. Too late. Only one man survived.

After a series of automations and other changes, the lighthouse was finally decommissioned by the Coast Guard in 1994. The building was boarded up, which was hardly consonant with the domestic beauties that surrounded it. A group was formed in 1996 to save the building. Renovation plans were completed in 2004, and restoration commenced in October 2005. The tower was repainted, after the original lead paint had been removed, and the keeper’s house was renovated. In May 2009 the old lens was reassembled by technicians, and is on display today.

Historically lighthouse keepers have taken pride in their property, and this place is no exception. Volunteer Master Gardeners from the UWM Extension have tended the property with care and dedication. The plantings range from period-appropriate landscape plants and potted geraniums to the utilitarian vegetable patch that would have helped to feed the Stebbins family in the days before Sendik’s. On a recent visit, a volunteer was painstakingly weeding between the cracks of the thousands of bricks in a lakefront patio in anticipation of a coming event.

The 2015 East Side Milwaukee Garden Tour

The lighthouse and the Urban Ecology Center, 1500 E. Park Pl., are the two official headquarters of the annual East Side Milwaukee Garden Tour. You must show up at one or the other of the locations to pick up your guide to the 25 gardens on the free walking tour that runs Sunday, July 12th from 10 a.m. to 4 p.m. See you there!

The tour is organized by the East Side Milwaukee Community Council which is headed by Pam Frautschi, who was a 2014 House Confidential Honoree for her work on this event and whose home is a stop on the garden tour.

A Lighthaus Oktoberfest party will be held to benefit the lightouse July 15th, from 6 – 9 p.m. The cost of $50 includes your first beer from Lakefront Brewery, spaetzel and other goodies, including the music of Grant Kozera. From what I can tell, there was not a single lighthouse keeper here of German descent. And I don’t really want to think about Oktober in July — the weather does that for me! But, I’ll go anyway.

A History from the Lighthouse Friends

The lighthouse is open year round Saturday and Sunday from 1 – 4 p.m. Adults $5; Children under 12 $3, Children under 5 Free. Additional Thursday hours in summer. 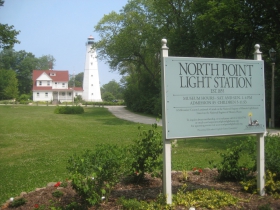 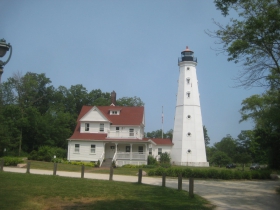 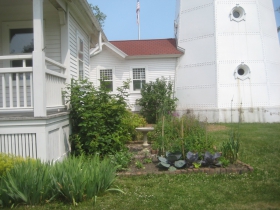 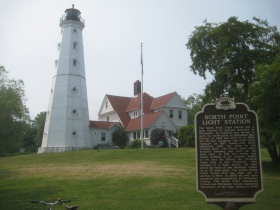 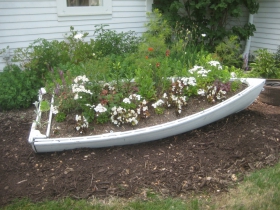 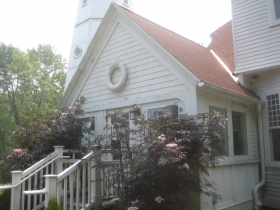 How Milwaukee Is It? The lighthouse is 3 miles from Milwaukee City Hall.