Other new shows announced include Cracker, Andrew McMahon and The Prince Experience.

By Amanda Mickevicius - Jul 9th, 2015 09:32 am
Get a daily rundown of the top stories on Urban Milwaukee 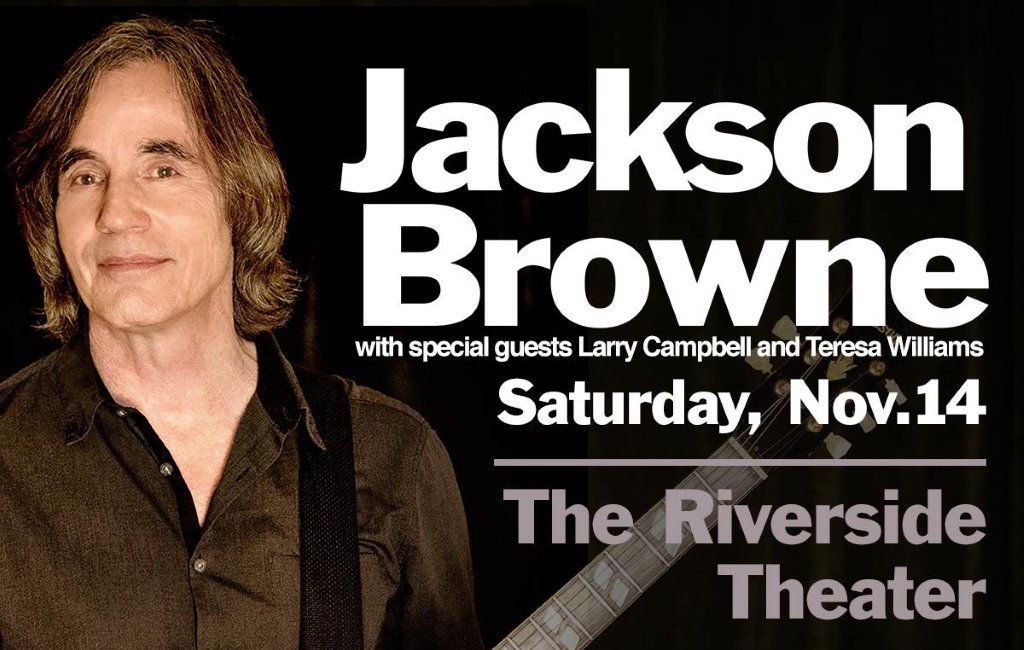 The biggest name in this week’s lineup of upcoming concerts is no doubt Prince. Except that it isn’t Prince but “The Prince Experience,” as performed from his classic “Purple Rain” days by Milwaukee musician Gabriel Sanchez. Which thereby gives the honors for this week’s top announcement to Jackson Browne, coming to the Riverside in November. Meanwhile, several other cool concerts were announced.

The California band is on tour in support of their recent double album Berkeley to Bakersfield. The first half of their album stays true to the harder-edge alternative style that the band is best known for. The second disc draws from the country and country rock sound from inland California – the two genres of music are compartmentalized into two separate discs and named according to the region from which they come. Lead singer David Lowrey is also an outspoken advocate for artist’s rights when it comes to digital distribution of music.

Beat boxer Rob Resnick and free-stylist Cal Shapiro first met and collaborated at a Tufts University college party in 2007. The duo formed Timeflies in 2010 and are now on tour promoting their latest album, After Hours. Elements of pop, electro, dance, rap, and hip-hop form their unique style. The band features “Timeflies Tuesdays” on their YouTube channel, which allows fans to see and hear their latest covers, remixes, and original freestyle beats every other Tuesday.

The band may only be a year old, but Andrew McMahon has been in the pop/punk/ indie rock scene since 2000 with former bands Something Corporate and Jack’s Mannequin. Andrew McMahon In the Wilderness’ first, self-titled album was released in October 2014. The popular single “Cecilia I’m Your Satellite” came from the album (Cecilia is actually his newborn daughter) and the Massachusetts-born artist toured all last summer with Gavin DeGraw and Matt Nathanson.

New Politics, a pop/punk/electro dance band from Copenhagen, is joining up with McMahon’s group to tour the U.S. this fall. The Danish band, whose members now live in Brooklyn, has performed at the South by Southwest music festival, have been the opening act for big names in music Fall Out Boy and Pink, and toured with Panic! at the Disco in late 2013. Their latest album, Vikings, is expected out mid-August.

As its name suggests Machine Head is a heavy metal band (purists will note it can also encompass thrash metal and nu metal) from Oakland, CA. The band is credited as a leader in the New Wave of American Heavy Metal which spanned the mid 1990’s to mid 2000’s. It’s currently on a worldwide tour in support of the band’s latest album, Bloodstone & Diamonds.

The German-born American folk-rock artist performs for a nearly sold-out crowd every time he comes to Milwaukee. (He was last here in July 2014 and sold out the Riverside in advance.) The singer and songwriter of hits “Running on Empty,” “Somebody’s Baby,” and “Take It Easy” was inducted to the Rock and Roll Hall of Fame in 2004. Browne is on tour in support of his latest album, Standing In The Breach. The album explores love, hope, and defiance through a blend of American style rock and timeless soul.

Milwaukee musician Gilbert Sanchez will turn back the clock to play the ’80s-era hits that made Prince famous. Expect “Let’s Go Crazy,” “Little Red Corvette,” “Kiss,” and “Purple Rain” to flood the stage in this Las Vegas style show. Sanchez is a self taught drum, guitar, bass, keyboard, and vocal performer. A fan of Prince himself, Sanchez rocks the style of his hero with period costumes and energetic choreography.