Who Wins From Court’s Obamacare Ruling?

Wisconsin and Walker are both big winners, while Rojo and Paul Ryan look foolish. 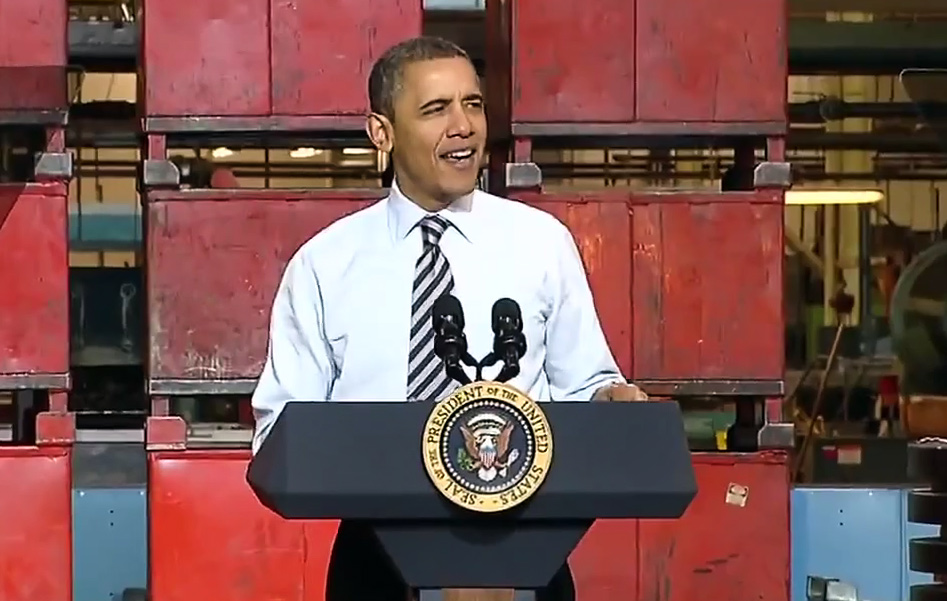 Most news reports on the Supreme Court’s ObamaCare decision concentrated on the two big winners: the Obama administration and the roughly six million people who stood to lose their health insurance subsidies. But Republicans like Governor Scott Walker were also big winners, as was Chief Justice John Roberts, whose long-term reputation may be enhanced by this watershed decision.

The decision by Chief Justice John Roberts also served as proof that conservative, when they put their minds to it, can understand market economics. It is, in fact, one of the clearest explanations of the underlying theory behind the Affordable Care Act.

Roberts starts by recounting the sad history of state legislation aimed at offering health insurance to those without it (I have eliminated the citations in the decision):

The Patient Protection and Affordable Care Act grew out of a long history of failed health insurance reform. In the 1990s, several States began experimenting with ways to expand people’s access to coverage. One common approach was to impose a pair of insurance market regulations—a “guaranteed issue” requirement, which barred insurers from denying coverage to any person because of his health, and a “community rating” requirement, which barred insurers from charging a person higher premiums for the same reason. Together, those requirements were designed to ensure that anyone who wanted to buy health insurance could do so.

The guaranteed issue and community rating requirements achieved that goal, but they had an unintended consequence: They encouraged people to wait until they got sick to buy insurance. Why buy insurance coverage when you are healthy, if you can buy the same coverage for the same price when you become ill? This consequence—known as “adverse selection”—led to a second: Insurers were forced to increase premiums to account for the fact that, more and more, it was the sick rather than the healthy who were buying insurance… As the cost of insurance rose, even more people waited until they became ill to buy it.

This cycle happened repeatedly during the 1990s…..

In 1996, Massachusetts adopted the guaranteed issue and community rating requirements and experienced similar results. But in 2006, Massachusetts added two more reforms: The Commonwealth required individuals to buy insurance or pay a penalty, and it gave tax credits to certain individuals to ensure that they could afford the insurance they were required to buy. The combination of these three reforms—insurance market regulations, a coverage mandate, and tax credits—reduced the uninsured rate in Massachusetts to 2.6 percent, by far the lowest in the Nation.

Which set the stage for the Affordable Care Act:

The Affordable Care Act adopts a version of the three key reforms that made the Massachusetts system successful. First, the Act adopts the guaranteed issue and community rating requirements. The Act provides that “each health insurance issuer that offers health insurance coverage in the individual . . . market in a State must accept every . . . individual in the State that applies for such coverage.” The Act also bars insurers from charging higher premiums on the basis of a person’s health.

Third, the Act seeks to make insurance more affordable by giving refundable tax credits to individuals with household incomes between 100 percent and 400 percent of the federal poverty line… who… may purchase insurance with the tax credits…

Later, Roberts describes the likely results if subsidies were not offered in states with federal exchanges:

So without the tax credits, the coverage requirement would apply to fewer individuals. And it would be a lot fewer. In 2014, approximately 87 percent of people who bought insurance on a Federal Exchange did so with tax credits…

The combination of no tax credits and an ineffective coverage requirement could well push a State’s individual insurance market into a death spiral. One study predicts that premiums would increase by 47 percent and enrollment would decrease by 70 percent… And those effects would not be limited to individuals who purchase insurance on the Exchanges. Because the Act requires insurers to treat the entire individual market as a single risk pool, premiums outside the Exchange would rise along with those inside the Exchange.

In Wisconsin, 166,142 people received subsidies through the federal exchange, according to the latest numbers, putting Wisconsin at 11th place among the states. The immediate result of an adverse Supreme Court decision would have been to take those subsidies away, making insurance unaffordable for many—both in fact and in terms of the law’s requirement that insurance must be purchased only if affordable. The resulting higher premiums would not only drive out those getting the subsidies, but destroy the non-group insurance market for those now buying insurance without subsidies, including many entrepreneurs and self-employed people, a significant portion of whom are Republicans.

States could solve this problem by building exchanges from scratch, as a number have done successfully. However, this route would be both expensive and risky, as illustrated by failed state exchanges in Oregon, Nevada, and New Mexico.

A more likely route would have been a work-around in which a state would “establish” an exchange and ask the federal government to run it. State and local governments often contract with outside IT firms to create and manage their tourism web sites.

The fact that there is no apparent legal barrier to federally-managed state exchanges would not, of course, keep the same organizations that challenged subsidies on the federal exchanges from suing to block them, resulting in more years of litigation. Despite this, it is likely that many states, especially those that tried and failed to develop their own exchanges, would choose to rebrand the federal exchange.

This would have created a dilemma for Gov. Walker, a conflict between the needs of his constituents in Wisconsin and the demands of the Republican base that he not support the success of ObamaCare. This dilemma is similar to the one he faced when deciding whether to expand Medicaid, but worse: actual, identifiable people would lose their insurance. The court’s decision saved Walker from facing the ire of wounded constituents.

Roberts’ decision stands in sharp contrast to the typical Republican discussion of health care reform. It recognizes that accomplishing a desirable change, such as insuring pre-existing conditions, often requires including something that is unpopular, such as the individual mandate. The far more common conservative approach is to promise all the popular parts of ObamaCare without the unpopular parts.

The resulting incoherence of the typical diatribe against “ObamaCare” is apparent in the Preserving Freedom and Choice in Health Care Act, introduced by Wisconsin’s Senator Ron Johnson and co-sponsored by a majority of Republicans in the Senate. In case the Supreme Court ruled against subsidies for people using the federal exchange, it would have extended the subsidies for two years. But it would have repealed the individual mandate while leaving guaranteed issue and community rating untouched. Thus it would have created in every state the very death spiral of the individual insurance market Roberts describes, not just in those states with a federal exchange.

This sort of politically expedient stupidity is not unique to Johnson. The semi-official Republican alternative to the Affordable Care Act is something called the Patient Choice, Affordability, Responsibility, and Empowerment (CARE) Act. Currently it consists only of a nine-page summary. Wisconsin’s Paul Ryan co-authored a Wall Street Journal op ed touting the proposal. While the details are vague, the CARE Act suffers from the same incoherence as the Johnson proposal, the result of ignoring how markets work in practice.

At the same time, the CARE act eliminates most of the standards the ACA places on insurance policies. Thus it appears that someone could maintain their eligibility by buying a cheap policy with minimal coverage during the one-time open enrollment period and later upgrade to a more comprehensive policy if they developed health problems. Thus, the CARE Act likely would also lead to an insurance death spiral similar to the one described by Roberts.

Republican politicians are among the biggest beneficiaries of the Supreme Court decision. For GOP governors like Walker running for president, it removed the threat of having to choose between the needs of their constituents and the demands of Republican primary voters. For members of Congress promising an ObamaCare replacement, it removed the the problem they faced of having to spell out the specifics of a fatally flawed plan.

3 thoughts on “Data Wonk: Who Wins From Court’s Obamacare Ruling?”