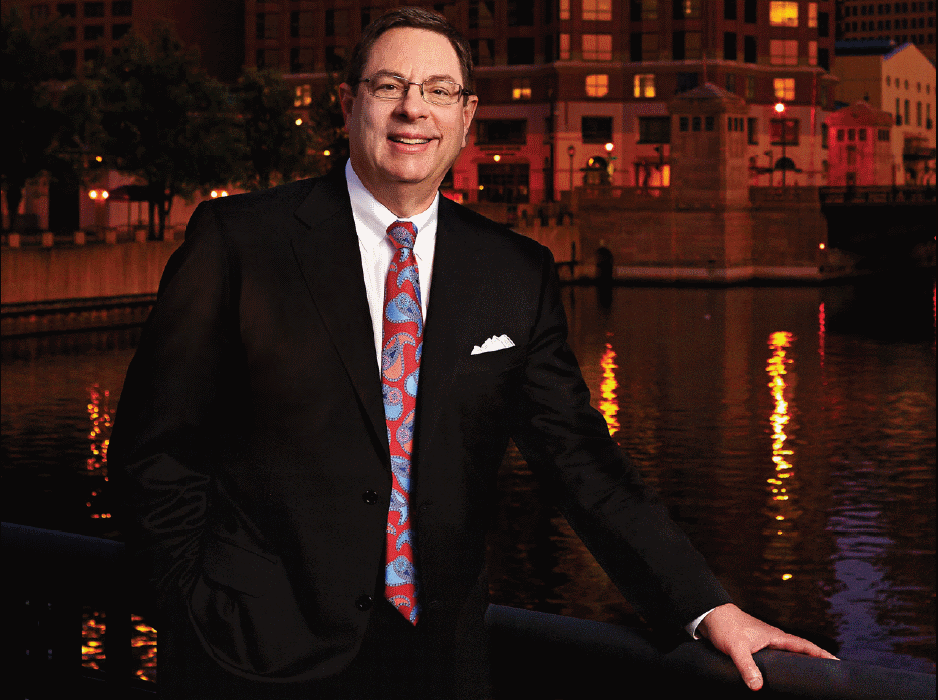 It was back in 1978 that David Mahoney, Chairman of Norton Simon, was the highest paid executive in America, with a salary of $2 million.  In real, uninflated dollars that would have been worth $7.6 million in 2014, which is peanuts compared to what the top-paid executive, Nicholas Woodman, CEO of GoPro Inc., made last year: a cool $285 million.

Executive pay has been exploding in America. As Bloomberg notes, “the gap between pay for U.S. chief executive officers and the people who work for them has widened sevenfold in three decades.” American CEOs “made 331 times more than their employees in 2013, up from a ratio of 46-to-1 in 1983,” and that’s more than twice the gap in Switzerland and Germany, about four times bigger than in Australia and five times bigger than in Japan, the publication found.

And during that same period, the average worker in America saw their wages rise from about $6 an hour to $20.67.  Had average worker pay risen as quickly as CEO compensation, it would now be $90 an hour.

And the problem is local as well as nationally. Years ago, stories in the Milwaukee Journal Sentinel would suggest CEO salaries weren’t as high in Wisconsin as nationally, but that’s merely a function of company size, which drives compensation. Since Wisconsin’s top public companies are far smaller than the top ones nationally, the executive compensation at state companies reflects that difference.

So don’t cry for Milwaukee’s CEOs, they are doing just fine, as this table shows. The top-paid executive, Alex Molinaroli of Johnson Controls (the state’s largest publicly-owned company), earned $19.5 million last year and nearly $48 million from 2010 through 2014. (For the first three years, he served as president and rose to CEO in 2013.)

Yet Molinari was out-earned over the five year period of 2010-2014 by Wisconsin Energy Corp. CEO Gale Klappa, who raked in $59 million. That is all the more remarkable as Wisconsin Energy is less than one-third the size of Johnson Controls, suggesting Klappa’s salary is way out of line even by the obscene standards for executive compensation nowadays. And his company is a publicly-regulated monopoly whose revenue comes from ratepayers, many of whom are low-income.

Data from Morningstar. Companies listed by size of company.

The EPI study noted the profound impact of skyrocketing CEO compensation on America’s growing wealth gap: “These extraordinary pay increases have had spillover effects in pulling up the pay of other executives and managers, who constitute a larger group of workers than is commonly recognized. …Together, finance workers and nonfinance executives accounted for 58 percent of the expansion of income for the top 1 percent of households and 67 percent of the income growth of the top 0.1 percent.”

The rare defenders of this trend have suggested CEOs are getting paid a market rate based on their talent. But as I discovered writing a series for the Milwaukee Journal Sentinel, CEOs largely control the compensation they receive: it is typically approved by board members paid high fees by the CEO and his/her company and is based on recommendations by a compensation expert hired and paid by the CEO.

Defenders have also pointed to the pay of pro ballplayers or Hollywood stars, but they do not determine their own pay (as CEOs do) and are paid based on performance. Once they begin to fail, they are dumped. By contrast, CEO pay isn’t tied to performance in any meaningful way. Indeed the highest performing executives are often those running the worst performing companies, as Forbes reports.

As the EPI study concludes, “CEO pay does not reflect greater productivity of executives but rather the power of CEOs to extract concessions… Consequently, if CEOs earned less or were taxed more, there would be no adverse impact on output or employment.”

The other argument made is that studies should look at the pay of the average CEO, not CEOs of the largest firms. But as the EPI notes, “the average firm is very small, employing just 20 workers, and does not represent a useful comparison to the pay of a typical worker who works in a firm with roughly 1,000 workers. Half (52 percent) of employment and 58 percent of total payroll are in firms with more than 500 or more employees.”

Finally, as stratospheric as CEO pay is, it may actually be higher than indicated in public filings by corporations. Back in 2012, Milwaukee Journal Sentinel reporter Cary Spivak did an excellent story showing that some local executives were actually earning more than public filings showed, as measured by the state corporate income tax they paid (which can be requested under the state open records law). For decades, the newspaper tracked CEO salaries on a yearly basis, but the last such story ran more than two years ago. That’s a loss for readers.

48 thoughts on “Murphy’s Law: The Incredible Rise of CEO Pay”