The second in a series on racers in the Tour of America's Dairyland, the nation's largest competitive cycling event. 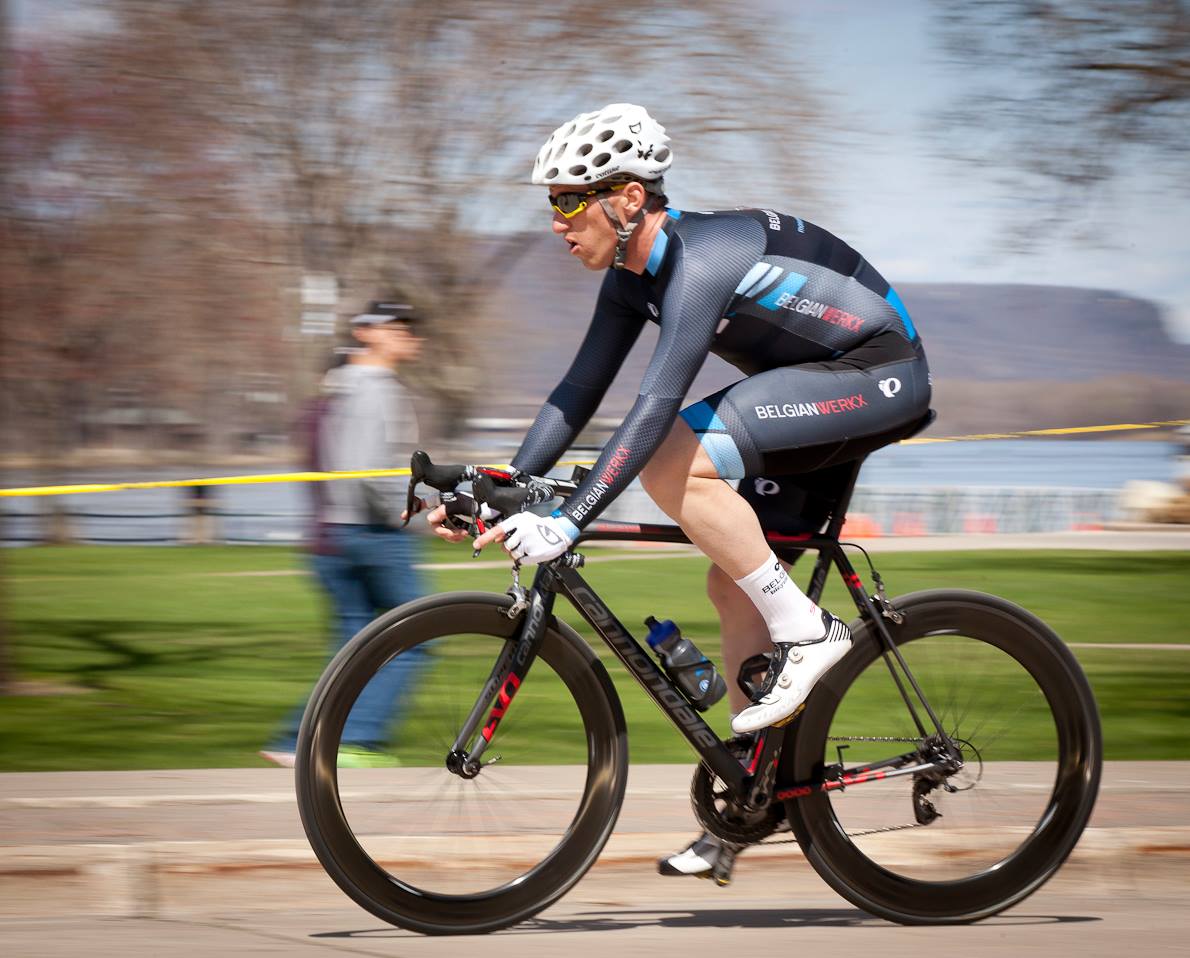 The 11-day Tour of America’s Dairyland marches on today in East Troy. The competitive cycling event features 11 straight days of racing across the eastern part of the state from Neenah on the north to East Troy in the south, with many stops around Milwaukee.

Races run throughout the day at each course and are free to the public to attend. As part of our coverage of the tour, we’ll be interviewing a number of riders.

Jadon Jaeger races for Team Belgianwerkx and previously won the Category 4/5 omnium class. He enters today in second place in the Category 2/3 class. He’d also really appreciate it if you didn’t tell his boss he’s excited not to work for two weeks.

How long have you been involved with the Tour of America’s Dairy land?

2015 is the 3rd year that I’ve done the entire race series. In 2013 I won the Cat 4/5 omnium classification. Last year and this year I am competing in the Cat 2/3 races. In all three years I have raced for Team Belgianwerkx.

Which race are you most looking forward to and why?

I am most looking forward to the Road America race because the race utilizes the entire race track. It’s not often that bike racers get to use such storied venues. I also always look forward to the Grafton and Downer Avenue races because of the party atmosphere and the large crowds and all of the fans. Really, all of the races are a great time.

The most difficult part is competing in 11 races in 11 days. Racing around city streets at 30mph with 100 other people requires a lot of concentration and physical effort. After 11 days I’m quite exhausted.

The most enjoyable part is being able to race 11 consecutive days in the local communities. The ToAD crew puts on a great event for everyone, whether you are a pro, an amateur, a junior racer, masters racer, a fan, or a neighborhood resident. That, and also drinking chocolate milk after each race and not having to work for 11 days.

Is bike racing your profession?

I wish I could race my bike and make a living off of it! I am a full-time structural engineer at Computerized Structural Design, located in Bayside.

Can you describe your fondest memory of bike riding?

My most recent memory would be standing on the podium at the end of the 2013 Tour of America’s Dairyland with a 25-lb wheel of cheese and steel trophy for having won the Cat 4/5 omnium classification. It was a great conclusion to the race series and all of the teamwork that went into it. But I will always remember riding my bike as a kid to the local fishing hole, with fishing rods and tackle boxes, in Dickinson, ND (my hometown).

Even though we live in a metropolitan area the bike racing community is relatively small. You get to know most of your competitors by first name and often times join a team because of the people involved with that team. It’s more about the camaraderie than the winning. Team Belgianwerkx has a great mix of members, ranging from road racers, mountain bikers, cyclocross racers, triathletes, and cyclists who just love to ride any kind of bike.

Ha, not having to work for 11 days and instead getting to race a bike.