Bike vs car in 4.6-mile race from Shorewood Colectivo to O'Donnell Park and the the biker wins by 30 seconds.

By Dave Schlabowske, Bike Federation of Wisconsin - Jun 12th, 2015 04:16 pm
Get a daily rundown of the top stories on Urban Milwaukee 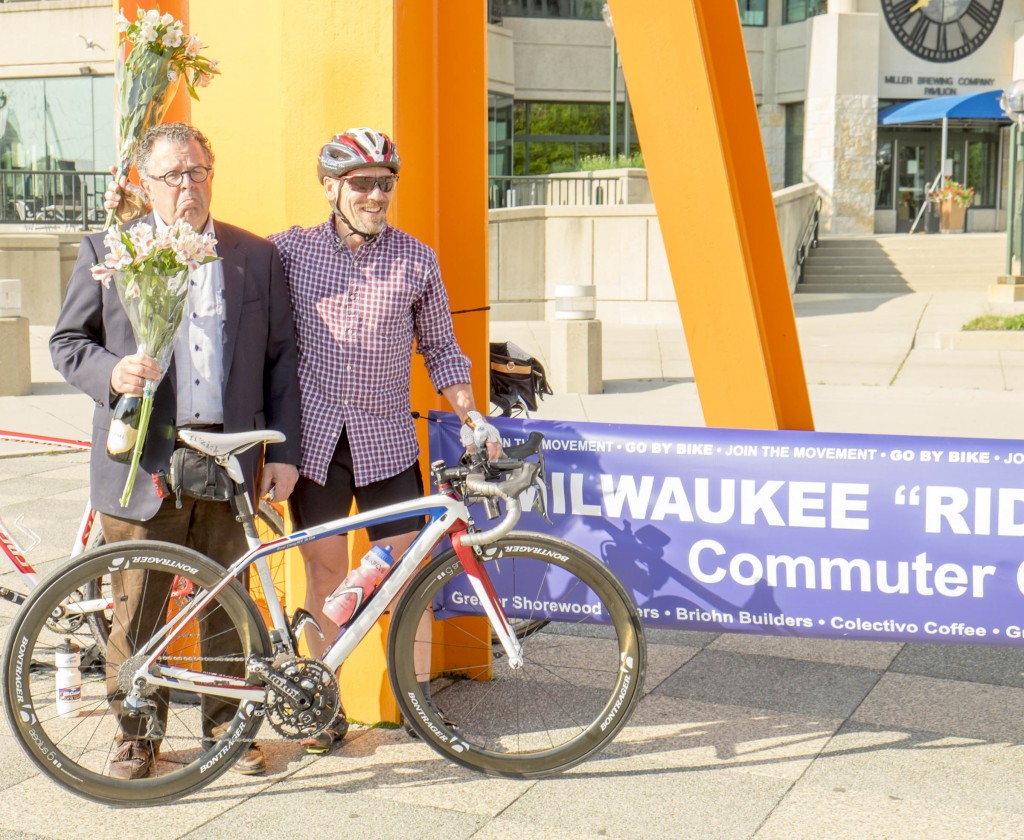 Jim Tolkan clowns a bit for the camera at the finish with Brent Emery.

For the second year in a row, the cyclist won the Milwaukee Rider vs Driver Commuter Challenge. Olympic medalist Brent Emery, of Emery’s Cycles edged out Jim Tolkan President of the Automotive Dealers Association of Mega Milwaukee, in the race from Colectivo’s Shorewood Cafe to the finish line at The Calling, the orange di Suvero statue, at O’Donnell Park, in Downtown Milwaukee

The commuter challenge has been a Bike to Work Week tradition in Milwaukee for decades. The last two years have been organized by the Greater Shorewood Bikers. “Every year we’ve put on this event, the cyclist has won, proving each year that a bike is often the better (faster, healthier, cheaper, and greener) way to get from the burbs to downtown Milwaukee,” said Sandie Pendleton, President of Greater Shorewood Bikers, “but the competition is getting much closer, with last year the cyclist getting to the finish line only 10 seconds ahead of last year’s driver, international racing legend David Hobbs.”

Emery finished the 4.6 miles bike ride with a time of 12 minutes 12 seconds, a mere 30 seconds ahead of Tolkan, who just missed out on a Kojak parking spot right next to the finish. Had he taken that spot, it would have been a much closer race like last year.

Tolkan was a great sport about the second place finish and said “Hey, it might as well have been a minute and a half, he won fair and square.” The race is all in good fun, and while most of us don’t have Brent’s speed and might finish second to the car, the challenge does make the point that when you factor in parking, riding a bike for shorter commutes is just as fast as driving. 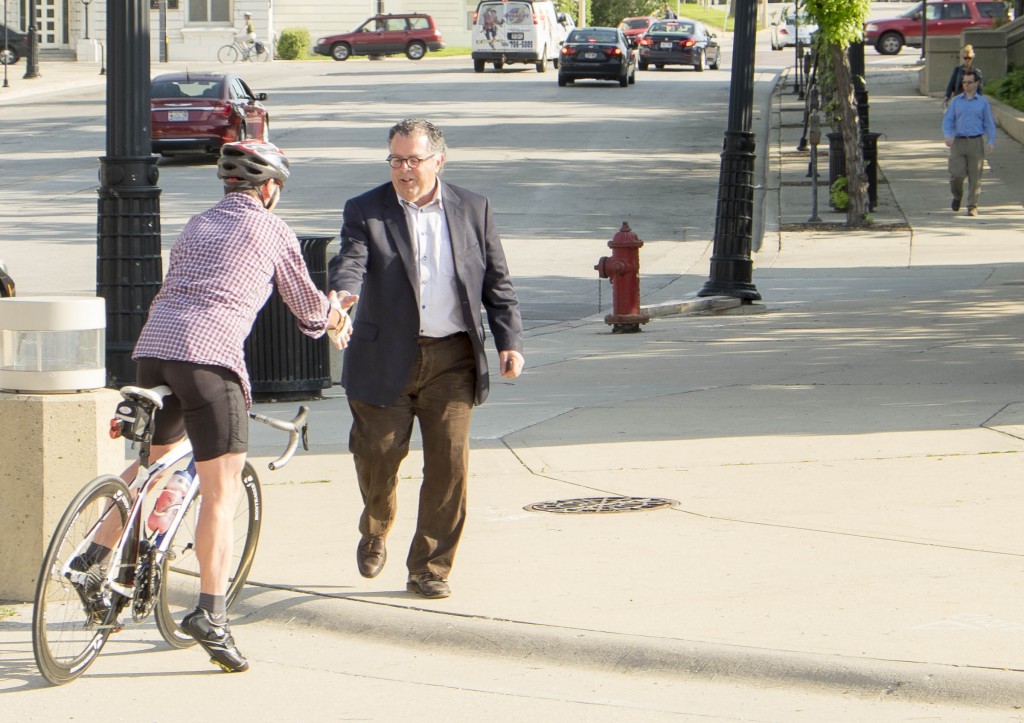 Brent Emery greets Jim Tolkan as he arrives at the finish.

Everyone knows a car can go faster than a bike, but what a lot of people don’t know is that in an urban environment like Milwaukee, a bike can often get you to to your destination in almost the same amount of time as a car, particularly if you factor in peak hour congestion and parking. Given that 40 percent of all trips in the US are two miles or less, it makes sense for many to consider taking two wheels instead of four next time!