The Man Behind Colectivo’s Coffee Skull

Graphic designer Kevin Callahan created that and many other images for the coffee company.

As a child Kevin Callahan was always surrounded by the arts. His mother was a photographer and crafty with the pencil, his sister studied art in college, and his brother was a natural at creating art in school. It should come as no shock that Kevin started drawing at a young age. In his senior year of high school (after deciding he would probably would not be going into Major League Baseball), he turned his attention to drawing and painting. Following high school, Kevin attend college at the UW-Milwaukee Peck School of the Arts. He naturally, pursued a Bachelors degree in drawing and painting. It was during this time that he was drawn to the work of artists like Alex Katz, Steward Davis, and most importantly Jim Flora. Artists like Flora would give inspiration to Kevin for many designs that we see every day on our Colectivo coffee cups, shirts, hoodies, posters, bags, you name it.

While in college, Kevin started painting portraits of landscapes, backyard scenes, and even cows, very rural subjects that may be the only way outsiders think of Wisconsin. He also experimented with various pencils, paints, and canvases and was able to eventually master the art of the human figure. After graduation, Callaghan went on to start a company at the Grand Avenue Mall called Pride of Milwaukee, which specialized for years in Milwaukee-based memorabilia. His business partner in that venture, Paul Miller, and went on to become co-owner of a rather prominent coffee company, then known as Alterra.

In 1999, after the Pride of Milwaukee kiosk had closed its doors for good, Callaghan was given the opportunity to join the Alterra crew. He was put on the team to drive trucks, but was quickly seen as a valuable creative asset. In fact, Alterra wanted to help him to expand his designer repertoire and attend classes to master adobe illustrator, which he gladly did. Eventually, Callahan became the company’s graphic designer. Among his creations is the sugar skull found on cups and t-shirts, but Callahan has also designed the Colectivo script logo, the bus painted with flames, the Troubador Bakery logo, even the characters used on bags to distinguish each type of coffee, for instance, the alley cat character on the Delta Mud Guatemalan blend.

One of Callahan’s favorite projects was the now very memorable, but at the time, very secretive change of the Alterra name to Colectivo. There were only a handful of people who knew this transformation was coming. When fiddling on the new Colectivo design he worked at home in order to maintain the highest level of confidentiality. “I wrote the word Colectivo over and over on paper like my signature,” he told Mediamilwaukee.com, before coming up with the design.

Callahan loves attending and taking part in the Specialty Coffee Association Show. This is an annual event where coffee roasters come together from all over the country (and beyond) to talk in great detail about the art that is coffee making. Callahan gets to show off his expertise in graphic design and show the world of coffee enthusiasts why we here in Milwaukee love his designs so much. In the past he has tricked out a whole van and a really cool surfboard to broadcast hat Alterra/Colectivo style that us Milwaukeans are very familiar with. Callahan has also done work for others, notably designing the classic grocery delivery truck logo for the red Sendik’s bag.

Kevin now lives in Shorewood with his wife and children just one block away from his childhood home. It’s as though he has connected to a vast world of coffee lovers and coffee culture, almost without leaving his neighborhood. 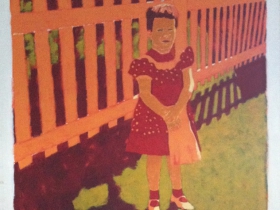 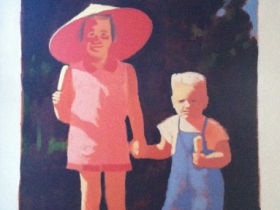 0 thoughts on “Profile: The Man Behind Colectivo’s Coffee Skull”