New York professor who focuses on retrofitting the suburbs in an urban way will speak at Empty Storefronts conference Monday.

The inaugural Empty Storefronts Conference will be held on Monday, June 1st, in Milwaukee. The event, organized by NEWaukee and NAIOP Wisconsin, will focus on long-term solutions to the national problem of empty retail storefronts in commercial corridors. Unlike virtually any other Milwaukee conference, the event will take place in empty storefronts all across the city.

Speakers are coming from across the country to participate in the conference. Urban Milwaukee reached out to those speakers to learn more about what they do and what they’ll be sharing at the conference. Our first preview is with June Williamson, who serves as an Associate Professor of Architecture at the City College of New York’s Spitzer School of Architecture. June is co-author of the well-known book Retrofitting Suburbia and will speak about what can be done to prepare today’s suburbs for a more urban future. 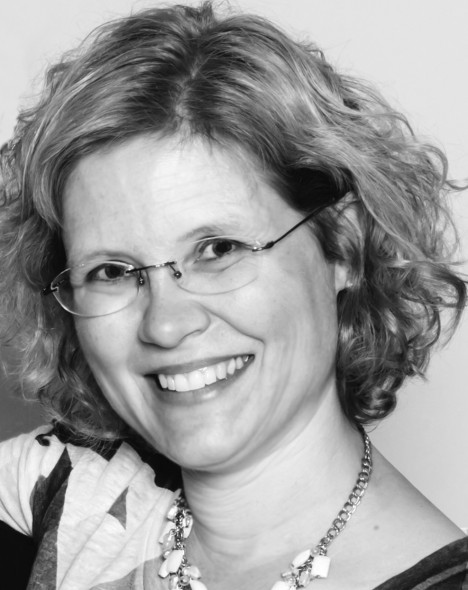 Tell us about your organization

I teach architecture and urban design at the flagship public college in New York City; our historic campus is in Harlem. In my academic research, I document and analyze examples of — and advocate for — the retrofitting of suburban form. By suburban retrofitting, I mean the reinhabitation, redevelopment and/or regreening of failed postwar suburban development types, such as vacant office parks, dead strips malls, and empty big box stores, into new, more sustainable and resilient uses and forms. I’ve written a couple of books on the topic: Retrofitting Suburbia (with Ellen Dunham-Jones) and Designing Suburban Futures: New Models from Build a Better Burb.

Tell us about your role with the organization

One interesting role I’ve taken up in recent years is the organization of urban design competitions: I’ve done two for the Rauch Foundation’s Long Island Index project: “Be Bold” in 2010 and “ParkingPLUS” last year. The first competition asked what could be done with thousands of acres of vacant land and surface parking lots around suburban commuter rail stations on Long Island. It was open to anyone and we had over 200 fascinating entries from designers around the globe. The second was an invited design challenge for which we paired four design teams with four small municipalities with extensive acreage of surface parking lots, but — seemingly — not enough parking! The designers came up with wonderfully inventive and thought-provoking schemes, all documented online.

I’ve love to see public and not-for-profit organizations in more suburban regions sponsor similar urban design competitions. They can really get people to rethink assumptions about presumed immutability of the suburban built environment.

Why is filling empty storefronts important?

How could it not be? Although, in truth, the United States is significantly “over-retailed,” with measures indicating more leasable square footage in shopping centers per capita than any other nation. Is it not surprising that there is significant surplus (empty) commercial space? One approach is to be open to non-retail, but still sidewalk-enlivening uses for at least some of this space.

What are you most looking to seeing/doing/eating/drinking you’re in Milwaukee?

Hmm. Never been to Milwaukee before, so I’m flying in early and staying over the following day to do some exploring for my ongoing research. I want to get out into the inner suburban ring of the city, to see what is going on there. I’d like to see the “greenbelt” town of Greendale and neighboring Greenfield, and to learn about what’s happening in and around the Northridge Mall. In particular, I’m interested in how Milwaukee suburbs are responding to demographic change, such as influxes of new immigrant residents, increasing percentages of older residents (as people reap the “longevity dividend”), pockets of biking enthusiasts, etc.

Any suggestions of places I should see? They could end up documented and discussed in my next book!

Our readers like to travel, what should they do when they visit your city?

Ah, there are endless things to see and do in and around New York City. The buzz this summer is all about the new Whitney Museum designed by Renzo Piano, sited along the High Line in the Meatpacking District of Manhattan. I also recommend a trip to the Paterson Great Falls National Historical Park in downtown Paterson, New Jersey. Now decidedly post-industrial, Paterson was the first industrial city in the United States, founded by a consortium led by Alexander Hamilton, who realized the hydropower potential in a scenic 77-foot waterfall. I’ve had the privilege of working with the National Parks Service this past year on designing the “national parks experience” for the 21st century. My collaborators and I will be doing a pilot project this summer that will include a component we call “Storyfronts,” to be mounted in — you guessed it! — empty storefronts.

You’re mayor for a day, you can pass any law, change any policy, fix any pothole. What are you doing and why?

I’m for forging more regional cooperation at the metropolitan scale — center cities and their suburbs together.

What do you hope to share at the conference?

I’ll be presenting my research on suburban retrofitting as it applies to commercial development types: strips, malls and big box stores. I hope it will be inspirational!

Tickets for Monday’s conference are sold out. For more information on other events, please visit www.emptystorefronts.com