Defunct department store's old sign may return to Mitchell Street. But where? 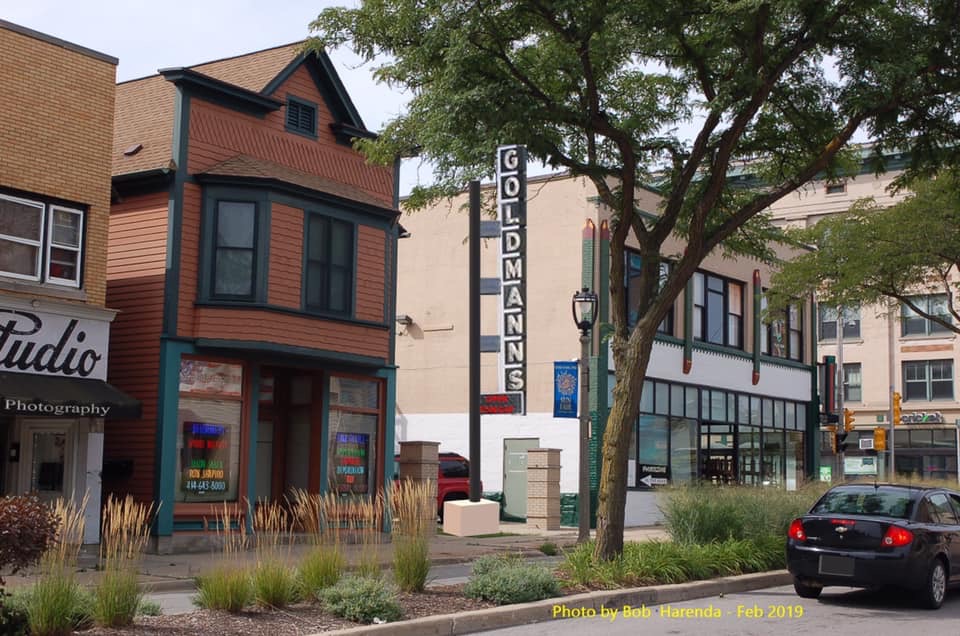 Mockup of Goldmann’s Sign at 545 W. Historic Mitchell St. Image from the applicants.

“This is very very conceptual at this phase, because there is substantial fundraising to take it to the next level,” said Historic Preservation Commission staffer Tim Askin Monday at a hearing regarding a plan to install the sign at 545 W. Historic Mitchell St.

The 24-foot-tall, 800-pound neon sign would be restored and mounted at the edge of a surface parking lot four blocks from its original home. Former neighborhood alderman Jim Witkowiak and Old Milwaukee Facebook group leader Adam Levin are leading the effort.

Goldmann’s operated at 930 W. Historic Mitchell St. from 1896 until it closed in 2007. Unlike the many chains it competed against, the store was always a stand-alone enterprise. The building today has been redeveloped into the Gerald L. Ignace Indian Health Center.

The sign sat behind Goldmann’s for over a year, said Witkowiak, before a sign collector brought it to North Dakota. Levin crowdfunded $2,000 in late 2017 to buy the sign in late 2017 and Witkowiak, who owns a funeral home at 529 W. Historic Mitchell St., went to pick it up. “For some reason, I just woke up one morning and said I’ll go get the sign,” said Witkowiak.

W. Historic Mitchell St. is a city-designated historic district and the sign’s installation is subject to Historic Preservation Commission approval.

But in a twist that only a bureaucrat and a lawyer could love, the sign technically isn’t a sign by the city’s definition anymore. “It does not qualify as a sign because you cannot advertise a business that does not exist, so therefore it is an art project,” said Askin.

And while it’s not a sign, it’s definitely historic. “There is no arguing that this sign is not already part of the historic and architectural character of Mitchell Street,” concluded the preservation staffer.

Whatever it is, the commission loved the plan. It unanimously approved it.

Before Witkowiak and Levin advance their plan to install the sign and an informational plaque, they’ll wait to see what bar owner John Dye does.

“There’s a possibility, it’s a long shot, that [Dye] might acquire a building on Mitchell St.,” said Witkowiak. Why does that matter?

Dye, who owns Bryant’s Cocktail Lounge, At Random and The Jazz Estate, has acquired the former Goldmann’s lunch counter from the owners of The Fixture Mart. The fixtures and liquidation store acquired the counter in its entirety after the store closed.

“We’re going to see how that plays out,” said Witkowiak. 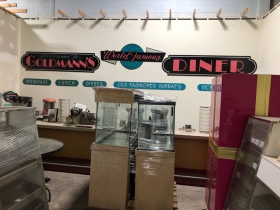 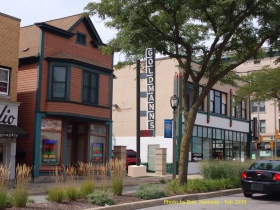