By Brendan O’Brien, Milwaukee Neighborhood News Service - May 25th, 2015 06:21 pm
Get a daily rundown of the top stories on Urban Milwaukee 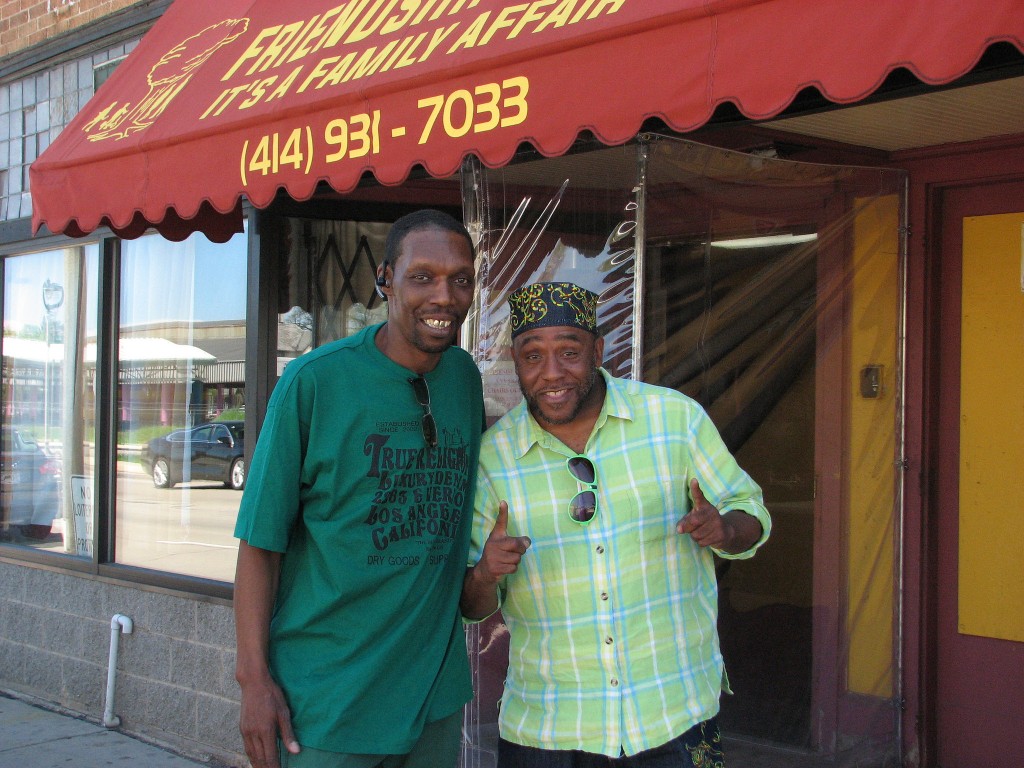 Friendship Club members Walter White (left) and a man who goes by the name of Bobby B stand outside the organization’s headquarters at 2245 W. Fond du Lac Ave. Photo by Brendan O’Brien.

On Jan. 21, 1989, Lawrence Harris spent the day smoking cocaine outside of the house owned by his mother, who refused to let him in because he was high again.

There he sat in his cold green ’81 Cutlass Oldsmobile, too wired to sleep, and prayed.

“That was the end,” he said behind dark sun glasses. “My whole life flashed before my eyes.”

That night, Harris made a promise to himself never to return to drugs, a vow he has kept for the last 25 years as a member of the Friendship Club, a local organization for recovering addicts.

The organization’s headquarters is located at 2245 W. Fond du Lac Ave., where the 100 members participate in recovery meetings, take part in volunteer work and socialize with fellow addicts. 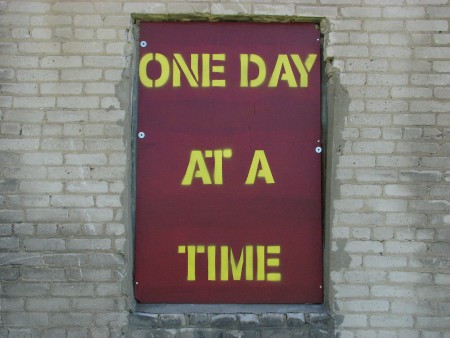 “Quite a few of your crimes and a lot of your disputes in the inner city are fueled by drug addiction in one form or another,” said club member Johnson Smith, who has been a recovering addict for 20 years. “If you get in here, you are not caught up in that negativity in the community any longer.”

The club began in the early 1970s when a dozen recovering alcoholics sought to meet the needs of Milwaukee’s low-income minorities who wanted to recover from alcoholism. Now, the organization serves addicts of all types and their families by providing a safe, healthy educational and social setting.

“Alcohol and drugs are only about 10 percent of our problem; the other 90 percent is our attitude and the negative stuff we learned that we have to unlearn such as how to treat women and children and how to treat ourselves,” Harris said.

The organization’s meeting hall resembles the typical neighborhood tavern in Milwaukee, without the beer taps and bottles of booze behind the bar. Patrons mingle as they drink coffee or energy drinks and play lively games of spades or chess at several card tables.

“I know what’s out there and I know that I can either get with this or I’m going to get back with that,” said Walter White, 51, who has been drug- and alcohol-free for 12 years and is now a property owner after being homeless. “My time was running out when I got here…I had nothing when I got here.”

Mothers, fathers and grandparents are encouraged to bring their children and grandchildren to the Friendship Club, which holds various family-oriented events throughout the year. “We watch over them,” Smith said, pointing to an infant resting in a baby seat on the bar as his mother chatted with other members.

For members, the hall is a safe sanctuary, away from temptations and demons that could drive them back to the alcohol, drugs, gambling and prostitution that plagued their lives. That is the reason why the front door of the hall is left wide open at all times and why photo portraits of the club’s members who have passed away line a far wall, Smith said.

“I don’t know when God is going to send someone through that door, but some of those that are on that wall were sitting here waiting on me and welcoming me in,” he said.

In addition to providing support to fellow members at the hall, Harris, Smith and other members chauffeur new members to and from recovery meetings and doctor’s appointments free of charge.

“I can’t recover without helping someone else. We have to give it away freely,” said Harris, who now is a community outreach worker at Milwaukee Health Services.

A board of directors runs the Friendship Club, which owns its building on Fond du Lac. The club is debt free and pays for overhead costs through small dues paid by members.

“So we are doing pretty good for a bunch of alcoholics,” Smith said.