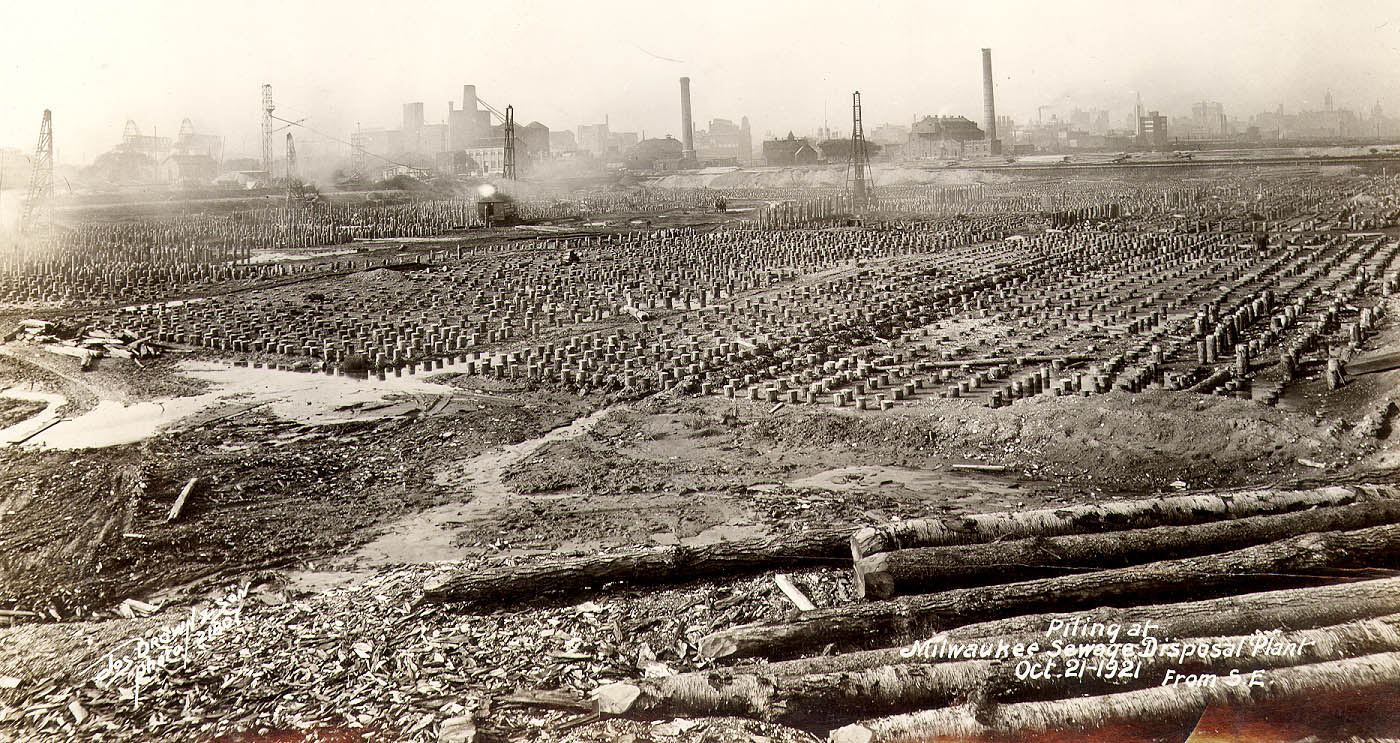 When Kevin Shafer became Executive Director of the Milwaukee Metropolitan Sewerage District in 2002, one of the first things he did was disconnect the computer program that controlled the Deep Tunnel overflows. “We used to blame the program for the overflows,” he once explained.  Disconnecting the program meant that people and not a computer were going to decide when the back-up risk was great enough to justify dumping untreated sewage into Lake Michigan. Shafer, with the help of MMSD and Veolia engineers, took that job on himself. “When it’s raining, he gets up in the middle of the night to operate the Deep Tunnel,” marvels Pat Marchese, MMSD’s Executive Director from 1984-1988.

Manually operating a Deep Tunnel is so unlikely an endeavor that when Philadelphia’s Water Commissioner Howard Neukrug heard about it, he assumed the information was wrong. “There’s a computer program for that,” he insisted. When told that, no, Shafer had actually disconnected the program and was operating the Deep Tunnel himself, Neukrug was incredulous, and then burst out laughing.

By taking personal responsibility for the Deep Tunnel, Shafer made himself the face of one of the city’s most controversial and divisive public infrastructure endeavors. But the increased success of the Deep Tunnel that’s resulted has helped to makes everything else that MMSD does possible. 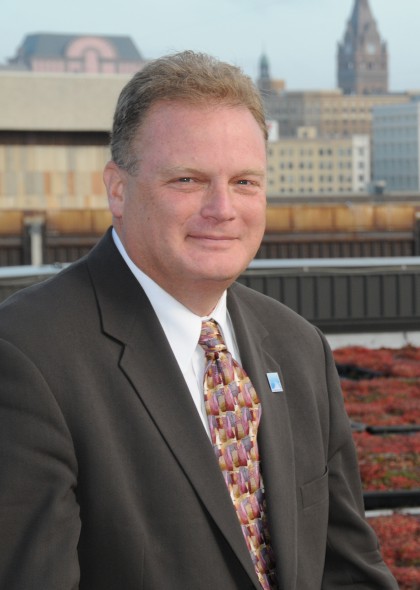 Shafer took over at MMSD in March 2002, at a time when the Wisconsin DNR and the Department of Justice had filed a lawsuit against the District for violating pollution control laws pertaining to the sanitary sewer overflows. In July, the State’s Joint Legislative Audit Committee issued a critical audit in which it concluded that while the $716 million Deep Tunnel had indeed reduced overflows from more than 50 a year before the tunnel went online, it had not reduced them as much as was projected. Worse, the audit concluded that the cause of the overflows was that the amount of water appeared to be exceeding the capacity of the newly completed Deep Tunnel.

The system over which MMSD has jurisdiction includes 300 miles of its own pipes. It also includes 3,000 miles of pipes that belong to the 28 municipalities that are part of the District, and an additional 3,000 miles of private lateral pipes that connect homes and businesses to the larger system. Many owners of those pipes don’t even know that they have them, much less that they’re legally obligated to maintain them.

The upshot of both the lawsuit and the audit was that there was too much water coming into the system for the Deep Tunnel to handle. That opinion was confirmed two years later in 2004 when Mayor Tom Barrett fulfilled a campaign promise by ordering his own audit of MMSD. Like the previous reports, the mayor’s audit concluded that “Excess [inflow and infiltration] appear to be a key factor. MMSD has the authority to order… remediation in local systems” the audit pointed out, “but has not exercised it.” The 2002 lawsuit and others that happened up until 2008, says Cheryl Nenn of Milwaukee Riverkeeper, eventually led to about $900 million in improvements to the system that included tunnel extensions, better metering, and operation and maintenance changes.

The state lawsuit also went after the 28 municipalities within the District. “It’s not all on MMSD,” Nenn adds. While MMSD worked on improving its record of overflows, the suit’s stipulation agreement required the municipalities to better maintain their own systems and reduce the amount of clean water getting into sanitary sewers, including requirements for sewer inspection and maintenance, external and internal inspection of all manhole covers, and other ways of identifying leakage into the sewers. But, according to Nenn, the DNR and the state haven’t enforced the stipulation agreement. Riverkeeper sent out a questionnaire a couple of years ago, she says, and while the participation in it was a spotty, they did find that the communities who responded had no idea what Riverkeeper was talking about when it asked about compliance with the consent decree. And now, Act 10 further limits the ability of those municipalities to raise taxes for infrastructure “We have very old sewers in this town,” says Nenn, “and frankly some of our new sewers aren’t performing well.”

Neukrug says that there are really only two ways to manage storm water: “Get bigger pipes or reduce the amount.” Aging infrastructure is the number one problem for officials like him and Kevin Shafer. “At some point,” Neukrug explains, “we need to start to manage runoff other than to just put it into the sewers.” This is arguably an even bigger problem for Neukrug who doesn’t have a Deep Tunnel. Like Shafer, he has also won a NACWA award and in Shafer he finds an ally in developing the future of water management, which is green infrastructure. “We’re both public utility managers who are doing their damnedest to clean up the environment, keep rates down, keep shit out of the basements, and make sure the water is safe to drink.”

Russ Rasmussen, Division Administrator at the Wisconsin DNR, the agency that issues MMSD’s permit, calls MMSD “one of the shining stars in dealing with wastewater in the country.” The job  Shafer has performed in reaching out to his municipalities, addressing the issues raised in the audits and creating a plan to resolve the lawsuits, has earned both Shafer and MMSD the state’s trust. “Dealing with the overflows has made progressive things possible,” Rasmussen explains. The “progressive things” that Rasmussen is referring to are MMSD’s ambitious and award-winning endeavors in green infrastructure.

Among Shafer’s initiatives was reinvigorating the MMSD’s technical advisory committee. In the Mayor’s audit report, the authors found that the suburban officials who were even then being named in the state’s lawsuit along with MMSD said “Mr. Shafer has been ‘extremely good’ at sharing information and involving communities in developing regional solutions.” And by operating the Deep Tunnel, if it fails, he is its public face. “Kevin’s got a hard job,” says Nenn. “I wouldn’t want that job.” 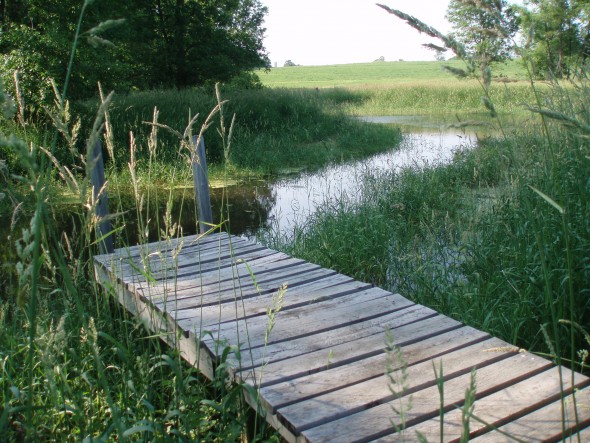 MMSD’s success with their “gray” infrastructure issues—the pipes and tunnels and treatments plants and switches and gates, the built environment for water treatment, has made it possible for the District to advance its efforts in “green” infrastructure, the gardens and rain barrels, permeable pavement, bioswales, greenways and land acquisitions that advance MMSD’s goal of managing water where it lands. In 2000, the District launched its Greenseams program, a partnership with the national environmental group, The Conservation Fund, to purchase tracts of open land with hydric soils because they provide a natural sponge for stormwater. Although many of those purchases are on the perimeter of MMSD’s region, absorbing water in the suburbs reduces pressure on the tunnels and treatment plants that serve the entire district. Once protected, the land is usually opened for recreational use.

As part of the 2002 stipulation agreement in response to the State and DNR lawsuit, MMSD committed to spending $225,000 to support green infrastructure—mainly focusing on identifying and redesigning parking lots in the Milwaukee River corridor. This program has continued to grow, as all over the District, businesses, schools, parks, and development projects have tapped into MMSD’s resources to meet green infrastructure goals. The District’s website lists eight current stormwater abatement projects that are incorporating green infrastructure as part of their management plan, including the 30th Street Corridor, the renaturalization of the Kinnickinnic River, the County Grounds in Wauwatosa and the removal of concrete lining under the Menomonee River. In addition to those massive projects are smaller ones the MMSD highlights with its monthly Green Luminaries award. This month, Poblocki Paving won the award for installing tanks under the parking lot that capture and recycle rain water. According to an interview with John Poblocki on MMSD’s website, the tanks can store 350,000 gallons of water, which the company can then use in the summer to water their installations like soccer fields and running tracks for which they need as much as 40,000 gallons of water a day.

That kind of collaboration, says Ghassan Korban, Milwaukee’s Department of Public Works Commissioner, is typical of MMSD’s style, creating a partnership with people or organizations that might have initially opposed such measures. “When Kevin does stuff like that,” says Korban, “Poblocki Paving becomes a storyteller for MMSD.” The transition from gray to green infrastructure at MMSD means that the District has a vested interest in all water, not just when it arrives at the Jones Island or South Shore treatment plants. MMSD is concerned about water wherever it lands, and since it lands everywhere, on all kinds of properties, then MMSD is also invested in collaborating and creating partnerships with anyone who wants to keep it out of the sewers.

One of MMSD’s biggest partners in this effort is the City of Milwaukee, the largest of the municipalities the District regulates, Korban says his goal is to make Milwaukee the greenest city in the nation. He shares that vision with Shafer and the two agencies have a relationship Korban believes is unusual in public service. Often, “the regulating agency may not be seen as a partner,” he explains. But not in this case. Shafer jokes that he talks to Korban so often that “he’s like my best friend.”

What both MMSD and the DPW want, says Korban, “is an efficient and healthy sewer system that reflects a healthy water source.” By working together, they can do more with their separate resources. Korban points to the Riverskimmer, which he calls “a very effective tool to keep the river clear and attractive for use.” For years, they operated that system together, Korban says, and when they needed a new one, MMSD bought the skimmer and DPW helped with the funding. The East Greenfied Ave. frontage of the UW-Milwaukee School of Freshwater Sciences building is another example. The DPW wanted to install green infrastructure components like permeable pavers and bioswales that would mitigate inflow and infiltration problems at the site and MMSD helped by paying for them. And when they were working on the flooding problem at the northern end of the 30th Street Corridor project, says Korban, they divvied up responsibility: MMSD took care of the retention ponds and DPW took care of the conveyance pipe that redirects storm water from Lincoln Creek to the retention ponds.

3 thoughts on “The MMSD Story: From Gray to Green”