70% of voting age minorities in the county lack a drivers license; community workers provide help for those seeking ID.

By Jabril Faraj, Milwaukee Neighborhood News Service - May 20th, 2015 10:08 am
Get a daily rundown of the top stories on Urban Milwaukee 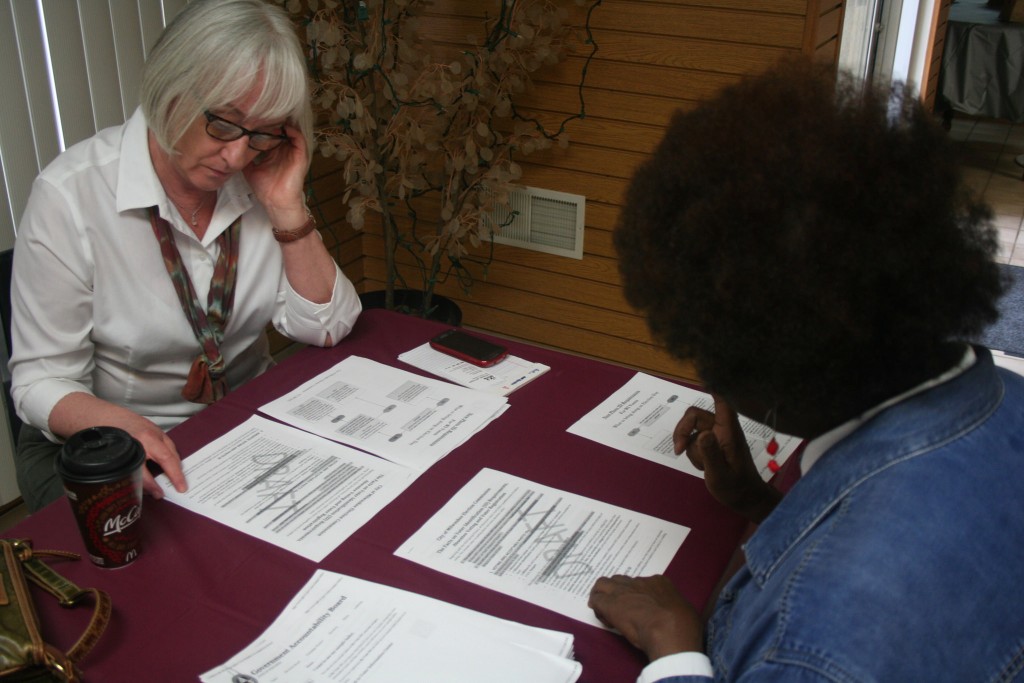 The location served as a headquarters for the highly touted grassroots campaign that catapulted the president into office in 2008. “It was nonstop; people were here every day,” said Hill.

The night of the election, Hill said, about 75 people were packed into the place. Right before the polls closed, a 40-year-old woman spoke up — she had never voted before and wanted to. “So, I got in my van and took her up to over here on Silver Spring for her to vote,” said Hill.

According to Anita Johnson, a community organizer with Citizen Action of Wisconsin, last-minute voting and mobilization may be in jeopardy because of a restrictive Wisconsin Voter Photo ID law that will be in effect for next year’s spring election. A federal trial judge had previously blocked the Voter ID law, writing that it would “deter or prevent a substantial number of the 300,000-plus registered voters who lack ID from voting.” 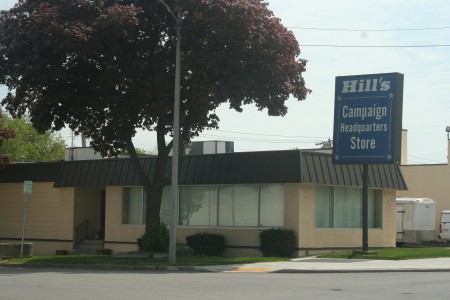 “This law does target people of color,” Johnson said at an information session Saturday about the law’s requirements. “I believe that’s what it was designed for.”

The law requires voters to show a Wisconsin driver’s license, state identification card, military ID or U.S. passport at the polls. The address on the photo ID does not need to be current when voting.

In March, the United States Supreme Court declined to hear an appeal of a decision by a three-judge panel of the United States Court of Appeals for the Seventh Circuit that upheld the law as constitutional. The Voter ID law, originally passed in 2011, was temporarily blocked by the Supreme Court for last year’s November election and was not enforced in the recent April election.

A 2005 analysis by the UWM Employment and Training Institute showed that black and Hispanic adults in Wisconsin were about half as likely as white adults to have a valid driver’s license. For those ages 18 to 24 the situation was even more striking — white young adults were almost three times as likely to have a valid license than their African-American counterparts. In Milwaukee County, where much of the state’s black and Hispanic population lives, only 70 percent of voting-age adults had a valid driver’s license.

In addition, an estimated 23 percent of Wisconsin residents 65 and older — more than 175,000 people — did not have a driver’s license or photo ID. Critics have also said the law disproportionately affects poor and transient populations, students and women.

“This could change the desire to vote drastically because not everyone has an ID card; neither do they know where to go to get the information,” said Keith Bailey of Milwaukee Matters, a group formed to aid victims of violence and their families.

In addition, early voting hours have been pared down and are no longer available on weekends.

“I’m almost overwhelmed with all the information,” said Janice Erickson, who recently retired from the Aging and Disability Resource Center in Kenosha, where she lives.

Erickson said she has a good base of knowledge about the law but attended the session so she can educate people in the Kenosha and Racine areas.

Education — for voters and poll workers — is critical between now and the next election, said Johnson. “I found in 2011 (when the law was in effect for an election) the poll workers were more confused than the voters.”

There is an exception to the law. Permanent absentee voters — those indefinitely confined to their home because of age, illness or disability — will not be required to provide an ID when requesting a ballot.

Another information session will again be held at Hill’s Campaign Headquarters Store on June 3rd at 5:30 p.m.

5 thoughts on “Working to Help People Get Voter ID”