High costs of converting school building at 4th and Garfield will mean 30 rather than 60 apartment units.

By Mark Doremus, Milwaukee Neighborhood News Service - May 19th, 2015 11:39 am
Get a daily rundown of the top stories on Urban Milwaukee 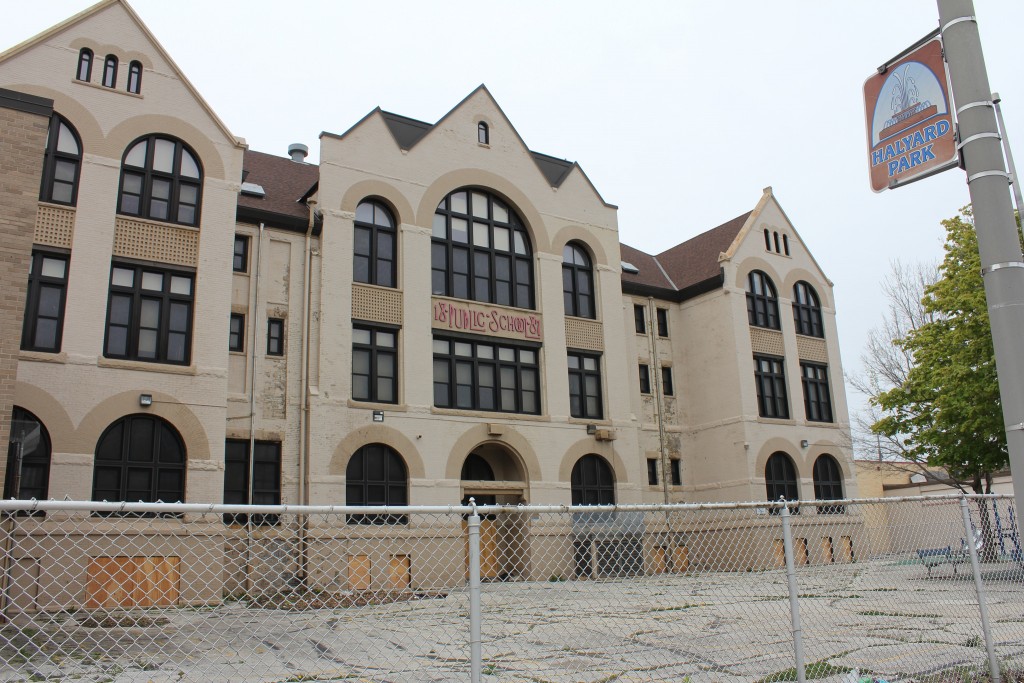 The former Garfield Avenue Elementary School would be converted to apartments, and would be the new home of America’s Black Holocaust Museum, under a renovation plan advanced by Maures Development Group, LLC. Photo by Mark Doremus.

Maures Development Group, LLC, Milwaukee’s preferred developer of the former Garfield Avenue Elementary School, has informed a city committee that it is reducing the scope of the proposed project due to unexpectedly high construction cost estimates.

In a competitive selection process, Maures and its collaborators proposed about 60 apartments in the renovated school at 2215 N. 4th St. and in a newly constructed building nearby, along with cultural and commercial space. The project would be funded in part by WHEDA affordable housing tax credits and historic renovation tax credits, in addition to conventional financing. Most of the apartments would be reserved for low-income tenants but 20 percent of the units would go at the market rate.

A new building north of the renovated school was to provide space for America’s Black Holocaust Museum, which closed its doors in 2008 due to financial difficulties. Commercial space and 30 housing units were also to be included in the new building on North Avenue. 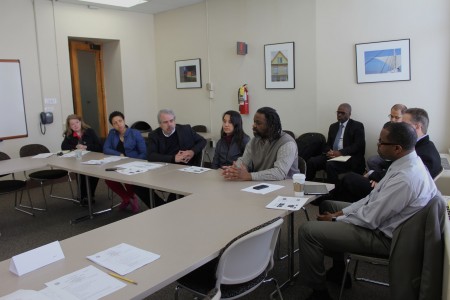 Melissa N. Goins (second from left) and her team presented revised plans for redevelopment of the Garfield School property at a meeting of the Bronzeville Advisory Committee May 14. Photo by Mark Doremus.

The project won the backing of the city’s Bronzeville Advisory Committee in January. The city of Milwaukee Department of City Development has also endorsed the Maures plan.

However, at a recent meeting of the committee, Melissa N. Goins, president of Maures Development, advised the group that the project would be downsized from 60 housing units to 30 because construction estimates for the school came in at $7 million, double the expected cost, due in part to the need to preserve certain historical features of the building.

Goins said the 30 apartments in the school building would go forward, but the additional 30 units proposed for a building on North Avenue would be scrapped. Under the new plan, commercial space, but not housing units, would still be developed on North Avenue and the museum would get an alternate space in the lower level of the school, with the possibility of moving to a larger space on North Avenue at a later date.

The goal, according to Goins, is to preserve as much of the original plan for the Garfield School as possible, because it is the focal point of the project and has the greatest value to the community.

“This is a normal part of the development process,” Goins observed after the meeting. “You go in with a certain set of assumptions and then once you do your due diligence you have to take the facts and use them. In development there’s always some fluidness to the process.

“There are times like this when the numbers don’t allow us to fulfill everything we had originally envisioned. You definitely want to make people happy, but there also has to be that balance between making folks happy and financial viability for the long term.”

Maures presented its original plans to the Bronzeville Advisory Committee on Jan. 9, along with competing applicant Gorman & Company, Inc. Concept drawings presented by Maures at the time specified 29 housing units in the Garfield School building and a community arts center in an adjacent annex building to the south. The drawings also included a new building to the north of the school, with ground-level commercial space and 30-32 housing units in three floors above. The total project cost was estimated at $14.3 million, with 70 percent of the funding expected to come from tax credits, according to statements attributed to Maures in meeting minutes posted online.

Backers of Bronzeville hope that the Garfield School renovation will be a catalyst that attracts further investment in the redevelopment zone, which straddles North Avenue between Seventh Street and Dr. Martin Luther King Jr. Dr. A project plan for the area, proposing a pedestrian-friendly arts and entertainment zone, was first unveiled by the city 10 years ago.

If all goes well, Goins has indicated that the Garfield School renovation, in its new format, could be done early in 2017.