By Edgar Mendez, Milwaukee Neighborhood News Service - May 17th, 2015 02:46 pm
Get a daily rundown of the top stories on Urban Milwaukee 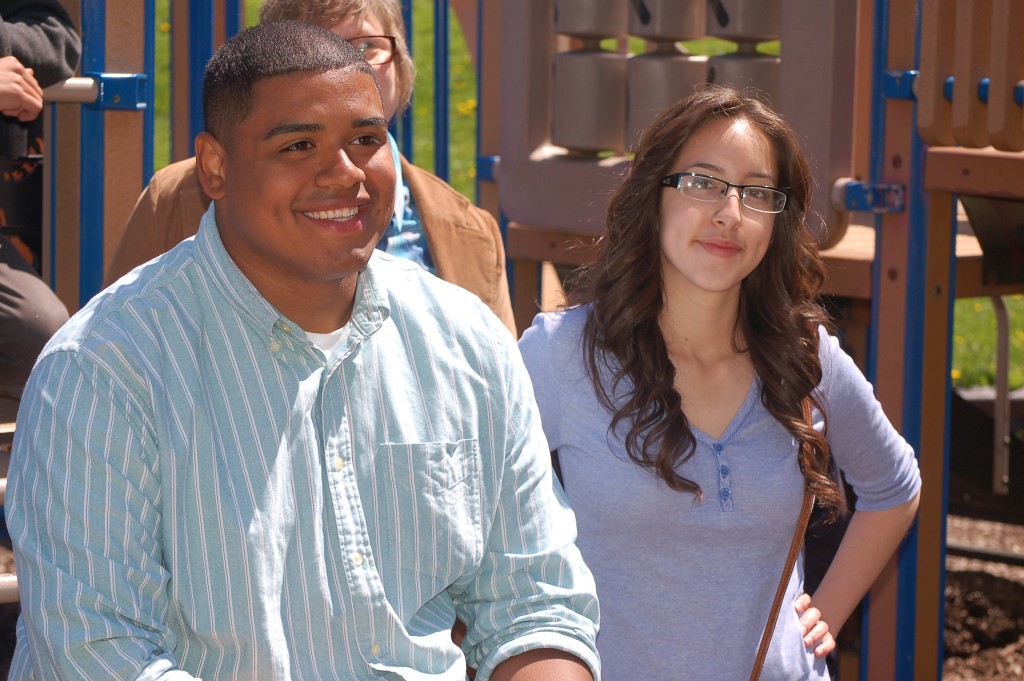 Ramon Rivera and Isabel Castro, students at Escuela Verde, are excited to be part of the planning process for the revitalization of Arlington Heights Park, 3429 W. Pierce St. Photo by Edgar Mendez.

With the sun peeking through the clouds on a brisk day, city and community leaders, students and residents gathered at Arlington Heights Park for the public introduction of MKE Plays, a new plan to turn 12 of the city’s most deteriorated playgrounds into innovative play spaces.

“The MKE Plays vision is one where the condition of city’s play areas is not determined by the ZIP codes or district they are located in,” said Milwaukee Common Council President Michael J. Murphy, who spearheaded the initiative.

The improved parks will help the city combat growing obesity rates and a lack of healthy and safe outdoor play options for kids, he added. 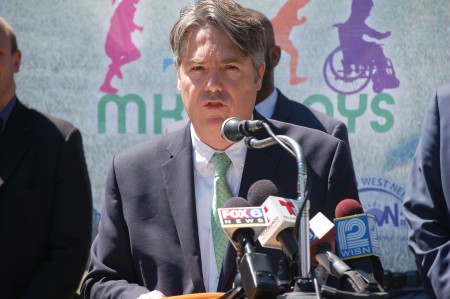 Work on the $1.6 – $1.9 million initiative is already under way, according to Sarah Zarate, staff assistant for Murphy. Students at Escuela Verde, 126 E Mineral St., heard a presentation recently about the project. The school is in the process of moving to a building two blocks west of Arlington Heights Park in Silver City.

Presenters asked students to share their vision for the future of the park, said Zarate. A key component of MKE Plays is involving neighborhood residents and students in the planning and eventual building of the parks.

Ramon Rivera, a senior at Escuela Verde who attended the presentation, said involving students and residents in the planning process is a way to integrate the community and also to let residents know that what they want for their neighborhoods is important.

“That makes us want to strive to make this a great park,” Rivera said.

Currently, $325,000 has been raised for the project, most of which came from a $300,000 investment from the Zilber Family Foundation to fund redevelopment of two parks in the Layton Boulevard West community and the park on North 17th and West Vine Street in Lindsay Heights. Organizers are seeking to raise an additional $1 million, with the city contributing the final $500,000 to fund rebuilding of the remaining nine parks, according to Murphy.

The project is expected to be complete in 2018, he said.

Isabel Castro, a junior at Escuela Verde, said the revamped parks would do wonders for the health and well being of youth in the city, adding, “Everyone should have the chance to talk about that one park they loved growing up.”