Brothers who run studio offer after school programs and a "safe place" for neighborhood youth. 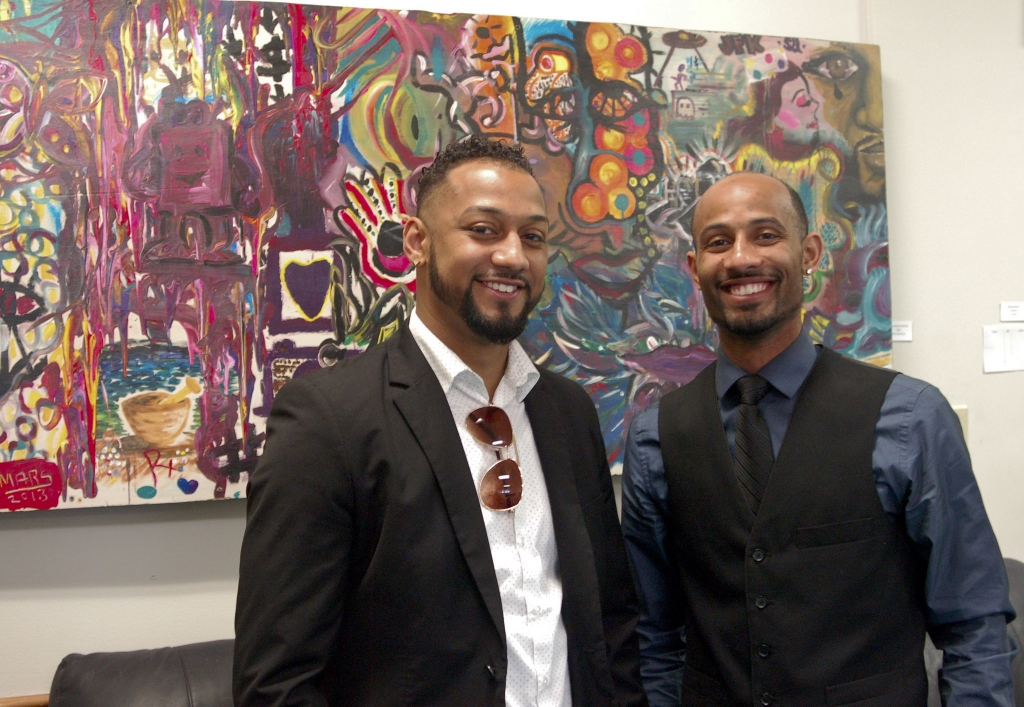 Part of the studio’s mission is to offer afterschool and summer art programs to area youth at no cost to the children.

Vedale Hill, an artist who has created public art in Milwaukee, said three other artists, Sherman Pitts, Mikal Floyd-Pruitt and Diego Heredia, are renting space in the studio and will also mentor the children. The students can work on their own projects or “join a project that one of the other artists is doing,” Vedale Hill said. Students can also get help with homework.

The brothers said they are hoping to create a safe space for children in a neighborhood where safety cannot be taken for granted.

The pair moved dozens of times as children and Darren Hill said they benefited from the city’s youth and family programs that provided things they didn’t have, including a sense of place. “We know how big an impact that had on our own lives, so we want to have that same impact, if possible,” he said.

The studio was formerly located at 731 E. Center St., so the recent open house in Bronzeville marked a “second grand opening,” according to Darren Hill.

The event, which attracted parents and children, offered music, opportunities for children to paint, and a performance by Dance Fusion, featuring members of the Boys & Girls Clubs of Greater Milwaukee dancing to Kanye West’s “All of the Lights.”

The studio walls are lined with the work of professional artists and children with whom Vedale Hill has worked. One painting featured silhouettes of two children, Emily Gonzales, 10, and Jalyssa Thomas, 11. Hill created the painting while working with children at the Don & Sallie Davis Boys & Girls Club, 1975 S. 24th St. The pair were at Saturday’s opening, performing as part of Dance Fusion. “We feel special because we got to be in a painting,” said Emily, as Jalyssa nodded.

While the celebration was underway, Dorothy McCollum was hard at work in her beauty salon next door. McCollum, owner of D & D Lovely Locs, 2201 N. Dr. Martin Luther King Jr. Drive, was creating sister locks for Regina Lipsey, her fingers moving quickly through her client’s hair as she spoke of her new neighbors.

“I love what I see them doing. They came to me and asked if I had any problem with them working with kids, sometimes troubled kids. I said no.” McCollum, who works evenings, added, “I have a sense of security at night with them over here.”

The studio is on the edge of the Bronzeville Redevelopment District, a city effort to renovate the area surrounding West North Avenue between King Drive and Seventh Street. Bronzeville was originally home to African-Americans who moved to Milwaukee during the first half of the last century. Many were displaced in the 1960s when a freeway was constructed through the area.

This summer, Vedale Hill plans to paint a large mural on the outside of the building to bring the arts to the neighborhood and signal the studio’s presence there. Hill said he thinks people behave better when they are surrounded by beauty. “I just really want the children to have the sense that we’re going to be here, that this is a solid place to be.”