Meeting of statewide educators and community leaders finds a need to rethink UW System and better connect it to business and K-12 schools.

As the University of Wisconsin System grapples with significant cuts in the emerging Republican budget for 2015-2017, including a round of voluntary and involuntary staff reductions at all 26 UW campuses, how should the state’s citizens respond and how would they lay out a roadmap for the future of our all-important educational assets?

A group of 50 educators and community leaders wrestled with those high-level questions last week in Kimberly in the heart of the Fox River Valley. It was followed by a similar session in Wausau, both sponsored by the Wisconsin Academy of Sciences, Arts & Letters, the Center for Advancement of Postsecondary Education at UW –Madison, The Wisconsin Institute for Public Policy and Service of Wausau and the Wisconsin League of Women Voters.

The Kimberly session, which I attended, ranged widely over many educational issues, as open-ended dialogs often do. But there were some clear common denominators to the group-think. Here are the some broad areas of agreement that I heard:

Call for a Blue Ribbon Commission on Higher Education for Wisconsin — Long overdue, such a commission is needed to look at a freshened mission (The Wisconsin Idea), system organization, financial oversight, governance via Regents or a Public Authority, shared governance, tenure, sources and uses of funds, overlaps within the system and with other higher education institutions.

Creation of a K-20 Wisconsin Education Council – Education should be delivered in an integrated manner from cradle to career and beyond. Public and private education leaders from all levels should be part of the council, along with voices from business, non-profit organizations, government and health care. High-level collaboration on seamless education must be the marching order of the future.

Education as Investment in Future – It was unanimous that education should be viewed as a long-term investment in the prosperity of citizens and the state as a whole. It is not just spending. Financial instruments need to be created to allow investments up front in education to be paid off by returns on those investments down the road. Call it a “Human TIF ” concept. Creative financial thinking is needed to allow affordable access. We need more investment, more education, the earlier the better. Fiscal policy is being used to set education policy, when the opposite should be happening 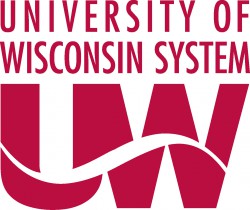 School-to-Work Programs as Competitive Advantage. The business, government and non-profit worlds need to be challenged to provide opportunities for apprenticeships, youth apprenticeships, internships, job shadowing, distributed education. Every match of school place learning with workplace learning does wonders for our young people and therefore for our society as a whole.

An Engaged UW System – The more engaged the university becomes, the more political support it will create. That means engagement with the main drivers of prosperity, primarily the business world. It means a university dealing directly with the main problems and issues of the state, as opposed to more esoteric research. To the degree that the university is disengaged from the “real world” – in an ivory tower — its budgets will be in jeopardy.

Regional Reorganization of UW System – The economy of the state operates in clusters, which are largely regional in nature. The university, a huge component in today’s innovation economy, should be organized to engage the other players in those regions. That is already happening in innovative organizations like NEW Era, which coordinates education among institutions in the 18 counties in Northeast Wisconsin. It could be replicated in six to eight regions of the state. Such UW reorganization could enable major overhead reductions. The regional focus could include university campuses, the technical colleges and K-12. Regional K-20 councils could operate under a state K-20 council.

End the State’s Brain Drain– UW System needs to get completely serious about the emergence of a Startup Economy. That’s where the high quality jobs will come from, with their higher pay levels and good benefits. That strategy would reverse our state’s low-pay track record, and it could reverse the brain drain of more than 10,000 college graduates per year. That metric should be watched as a canary in a mine shaft by state leaders. Turn that around and you have turned around a four-decade slide by the state’s economy relative to other states. If those graduates were retained, it could mean $5 billion in added annual wages in the state ten years out and $500 million in added annual tax revenue. Supplying graduates is essential work, but it is not enough. Demand for those graduates (good jobs) must be created, and startups are the remedy.