Cheap Surgery on a Tourist Isle 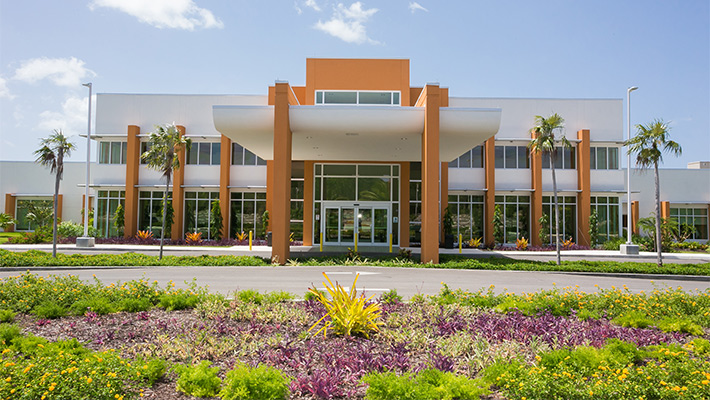 GRAND CAYMAN—Want to buy a hip or knee replacement for half price or less?

Ditto for a heart bypass?

Want to recuperate on one of the best beaches in the world?

HCCI is the premier test case on whether global medical tourism is a viable business model. It is the brainchild of Dr. Devi Shetty, an Indian heart surgeon who has the vision of providing high quality treatments worldwide at very low prices.

Unlike the Obamacare reformers, he understands that access is a function of cost. Indeed, as hospitals adopt lean disciplines, there is an emerging inverse correlation in the United States between price/cost and quality. In other words, if you want the best heart bypass, find the cheapest one. I’m serious about that.

To keep the cost structure low, they built a no frills, compact hospital. HCCI’s 18 doctors were recruited from among Narayana’s best, and their teams also came along on two-year contracts.

In its first 18 months, HCCI reported that its heart surgery teams did 84 procedures, and the orthopedic teams did about 250. HCCI is operating at 20% of capacity. It is geared up for many more cases. Its teams operated at very high-volume levels at NH hospitals in India. HCCI leaders project break-even volumes by mid-2016.

The biggest attraction for HCCI is, of course, price. But Project Director Gene Thompson also touts its quality. The new Cayman facility has received accreditation from the Joint Commission International, a status achieved by most U.S. hospitals.

Asked about infections, its quality director said there were two surgical site infections in 2014, its first year of operation, and only one in 2015.

While extremely cost conscious, the HCCI managers have not followed the lead of a handful of vanguard hospitals in the U.S. that have adopted lean disciplines from the global manufacturing world to drive out waste, defects and infections. Among Wisconsin hospitals that have engaged its employees in lean practices and problem solving are ThedaCare in Appleton, Bellin Health in Green Bay and Gundersen Health in La Crosse. Those hospital systems strive for zero infections.

About 25 U.S. health experts checked out Health City last week, and the consensus was that most would be comfortable having an elective procedure done there.

The prices were compelling, but not nearly as low as Dr. Shetty’s Narayana hospitals in India. There, NH hospitals deliver heart operations for as low as $1400, with a goal of lowering the price to $800. At HCCI, the list price, all-in, for a bypass operation is $31, 680. The price tag can be $80,000 or more in the States.

Because it can bring in its drugs from India, not the high-priced U.S. pharmaceutical market, HCCI, for example, delivers a Hepatitis C twelve-week treatment for about $25,000. The drugs alone run $90,000 in the States.

Note: travel costs are extra, but the HCCI bundled prices cover the entire treatment, from initial consultations to physiotherapy during rehabilitation. Hence, bills are simple to understand. Rehabilitation can be built into a package price. Readmission costs are absorbed by HCCI, in effect a warranty on a surgery.

Thompson has been negotiating with U.S. health insurers to be included in their plans. In the start-up phase, patients have come mostly from the Caribbean.

It was unclear whether Ascension, now the largest non-profit health organization in the U.S., will steer patients from its more than 120 hospitals to Grand Cayman.

Will Americans flock to HCCI for low-cost surgeries and the beautiful beaches? Put more broadly, will health care become a global market? Most other big commercial markets are already global, so why not health care?

Dr. Shetty goes out of his way in his comments to say that the U.S. health care expenditure of 18% of GDP is unsustainable. Will his model of high-volume surgery centers dent the high-price U.S. model? He is aiming for 1000 beds at HCCI by 2019.

One of the constraints for U.S. companies wanting to steer their people to HCCI is travel hassles and expense. To answer that, the Grand Cayman government has planned a tripling of the size of the Georgetown airport by 2017. There are direct flights from a number of U.S. cities, including Chicago.

My company, Serigraph Inc. (based in West Bend) has not decided yet if it will offer HCCI surgeries to its co-workers.

If you think global medical tourism is the wave of the future, you can buy stock in Narayana Health, which just went public.