The days are getting longer. Sure, a brisk wind and cloudy skies may occasionally bedevil us, but warm sunny days are on their way. So dust off those sun hats, grab a new pair of shades and get ready for the patio season.

When it comes to outdoor seating and sudsing in Bay View, it doesn’t get much better than Tonic Tavern. Located just off the intersection of KK and Lincoln, Tonic has good drinks and decent people watching, not to mention great live music offerings.

I first stepped into Tonic a couple Thanksgiving Eve’s ago, days after moving back to Milwaukee. I ended up at an after-party where there was an astounding collection of vintage whiskeys, many with the old tax stamp. Those are the kinds of liquids that keep you warm in the winter months. Tonic’s vibe is more modern than vintage, their brown booze selection isn’t that intense, but it is quality and if you require warmth they have a fireplace inside. Now that summer is on the horizon, it’s time to get familiar with the slab of concrete in front of their sliding garage doors where you can sip under the sun. Once that goes down, guests can imbibe inside by the fire.

With all that extra ultraviolet radiation, you’re going to need some extra refreshment. Tonic’s happy hour (4pm-7pm, M-F) offers you just that, with tall rail mixers at short rail prices ($3 “Talls for Smalls”). Sprecher beer is also a dollar off, if you want to keep it local. They currently have their Pub Brown Ale on tap, which is a well balanced, slightly sweet, session brown. Also on draft this week ($4-$5) is Riverwest Stein, Spotted Cow, Capital Grateful Red IPA, Bell’s Oberon, Guinness, and Shiner Bock. An upstart two-man Bay View outfit, Enlightened Brewing, has a belgian white that is reaching the end of the keg, so expect a special on it tonight.

Tonic bills itself as an upscale bar, so they take care with their cocktails. They have a couple different menu sections, including “Rockstar Cocktails.” Those won’t make the new summer menu, which aims to have a different drink with each of the Great Lakes Distillery products. The “Rockstar Cocktails” may be on their way out, but the music won’t stop at Tonic. After all, owner Paul Jonas, a long-time member of 5 Card Studs, designed the bar with music in mind. One of the hands behind the bar tonight will be Nicholas Ziemann, a member of GGOOLLDD, Hugh Bob and the Hustle, and host of Hotel Foster’s karaoke night.

Live music happens pretty regularly at Tonic. It was my first stop during the Arte Para Todos festival back in February. One of the goals of Arte was to bridge the gap between Riverwest and Bay View, and it seems Tonic’s South by Riverwest (SxRW) series has carried that torch. Twice a month a band from each neighborhood is paired on a $5 bill, which gets you a drink ticket for a Shiner beer. It’s rare to see this small-town Texas brewery in Milwaukee, but they make good beer and sponsor the series. Tonight will be the season finale featuring Bay View’s own alt-rockers The Midwestern Charm paired with the heavy pop sounds of Riverwest residents Soul Low. If you miss tonight’s SxRW finale the next big show at Tonic will be May 1 headlined by Chief with support from the Volcanos.

During a night without live music at Tonic you’re likely to find an eclectic soundtrack or a hockey game. It’s one of the many Blackhawks bars that pepper the city, but there’s a more general appreciation for the puck and pond game at Tonic. They have one TV and over 70 different beers and ciders, plus 10 wines. It’s one of the few places around that carries Crabbie’s, a refreshing ginger beer from Scotland that pairs perfectly with a glass of ice and a lemon wedge. I was told that they’re planning to move to all-Wisconsin taps, with Guinness being the exception. Not to mention, there’s something about a place that lists their domestics under the “Workingman Beer” moniker. 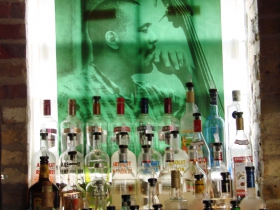 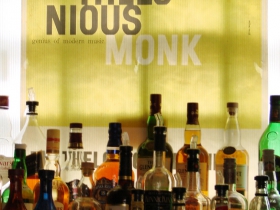 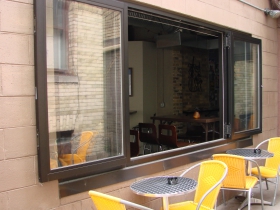 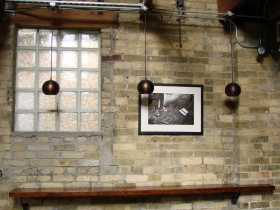 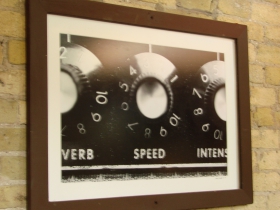 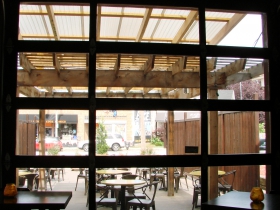