When the Lakefront Was At Its Ugliest?

In the 1870s, the lakefront mostly served as a rail line, with a ramshackle railroad depot. 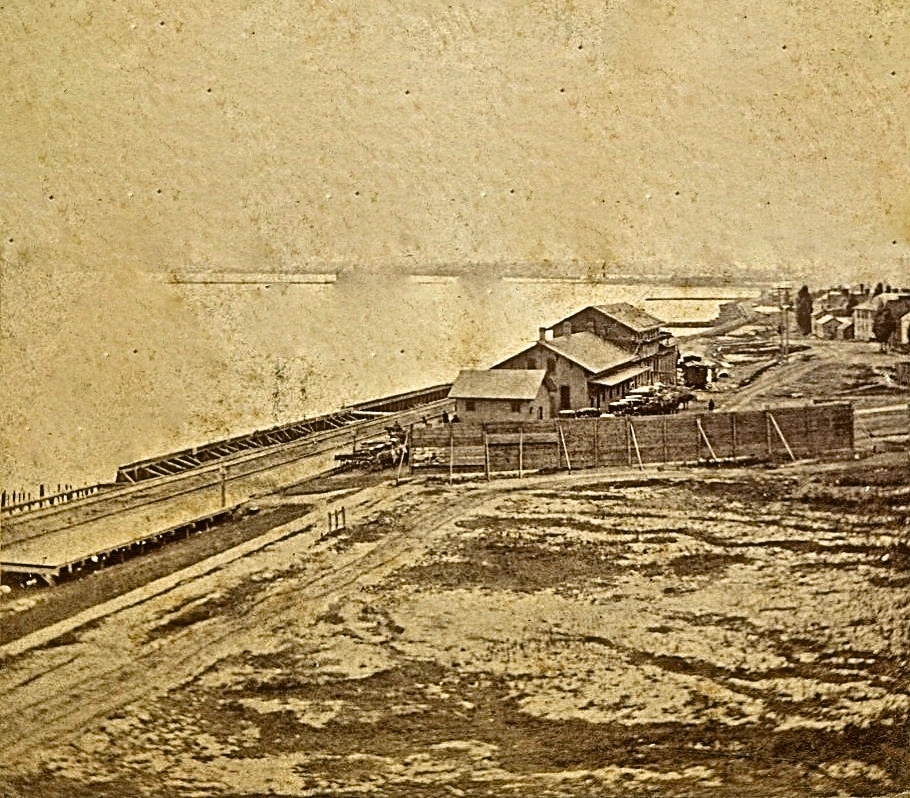 Until the 1870s Milwaukee’s lakefront would be largely ignored as the 1857 harbor improvements would divert all shipping traffic to the Milwaukee River. But in 1871 that would change. This was when Charles Meyer, of Fond du Lac, established the Milwaukee & Northwestern Railway Co. The objective was to provide a link between Milwaukee and Fond du Lac.

In 1872 the name was changed to the Northwestern Union Railroad, but it soon failed as many businesses did in the depression of 1873. The Chicago & North Western Railway company saw an opportunity and acquired the railroad and completed the new line in 1873. The company had from the first been opportunistic. The Chicago and North Western Railway company actually started (in 1859), after purchasing the assets of the bankrupt Chicago, St. Paul and Fond du Lac Railroad, and it would go on to purchase a number of railway lines.

This photograph is a view of their new Milwaukee depot, a rather modest structure which would be replaced by a far grander one in the late 1880s. The railroad would find an easy route through through Downtown by simply laying track right on the beachfront of Lake Michigan. The sandy bluff would provide a convenient supply of landfill.

The grander, Chicago & North Western Railway Depot at its peak served 98 trains per day, but by the post-World War II era its usage had plummeted and in 1966 the Chicago & North Western had moved all train lines to what is now the Milwaukee Intermodal Station on W. St. Paul Ave. In 1968 the lakefront depot was torn down. Yet much of the rail line’s right-of-way was retained and today the section running north has been converted to a popular bicycle and walking path.

3 thoughts on “Yesterday’s Milwaukee: When the Lakefront Was At Its Ugliest?”