Created by Sojourner center and UWM students, it's available to 99 percent of smartphone users.

By Andrea Waxman, Milwaukee Neighborhood News Service - Apr 6th, 2015 10:22 am
Get a daily rundown of the top stories on Urban Milwaukee 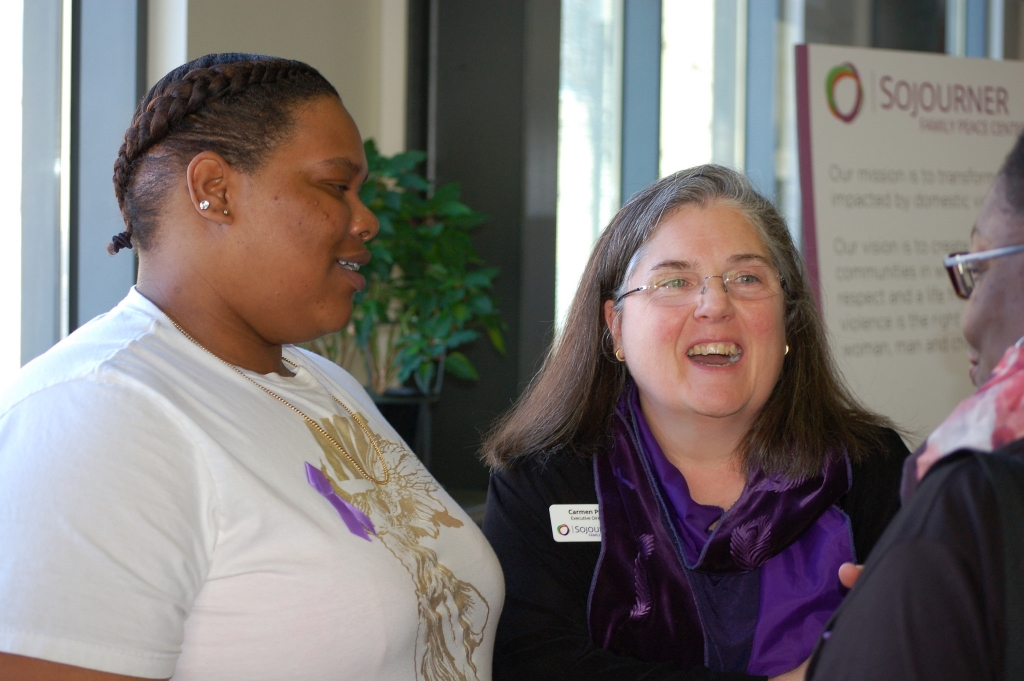 The app was created by students at the University of Wisconsin Milwaukee’s App Brewery, in collaboration with Sojourner Family Peace Center (SFPC).

“I know that it’s very scary for (abused women) to reach out for help,” said Belinda Pittman, executive director of Nia Imani Family, Inc., a long-term women’s shelter in the Amani neighborhood. She added that creation of the app is “absolutely great.”

The mobile app, a powerful and discreet tool for connecting directly to police and other emergency services, also contains comprehensive information about managing safety as well as resources for finding longer-term solutions.

LaToshia Thompson, director of shelter services at The Cathedral Center, a downtown homeless shelter for women and families, noted that the ability to easily access information and to hide the app if necessary will be very helpful for those at risk of domestic violence.

“Anytime you can provide tools for people fleeing domestic violence, it’s a good thing. The more tools they have, the better,” added Kim Theno, director of resource development at the Cathedral Center.

Carmen Pitre, SFPC executive director, said the center always is looking for opportunities to get information “into the hands of people in a way that’s more efficient and effective and accessible.” Although Sojourner serves about 9,000 clients a year, “There are far more people … in this community, in every ZIP code, that are struggling with violence and the impact of violence.”

In addition to allowing users to call police, shelters and other advocacy organizations by tapping an icon, the app contains lists of programs and services, a quiz to evaluate whether a relationship is abusive, and information on safety planning, restraining orders and teen dating. A “hide” feature, allows users to make the app vanish instantly. It is available in English and Spanish and is being translated into Russian, Pitre said.

The free app can be downloaded on both Apple IOS and Android smartphones, which hits 99 percent of the market share,” according to Dustin Hahn, App Brewery project manager. Anyone wishing to get the app can find it at the online Google Play and iTunes app stores. As soon as a user activates the app, a tutorial guides her through its features.

Pitre, Mayor Tom Barrett, County Executive Chris Abele and UWM officials lauded the project at a recent event announcing the launch of the app. They spoke about the power of collaborating to solve community problems and enhance the quality of life in Milwaukee and southeast Wisconsin. 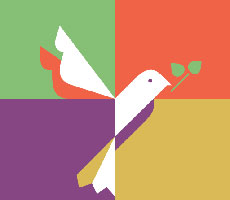 The dove logo is featured on the Sojourner mobile app. (Photo courtesy of UWM)

Magda Peck, dean of the Zilber School of Public Health, and Tom Luljak, vice chancellor of UWM, called it an example of the “Wisconsin Idea.” A guiding principle of the UW system since 1904, the Wisconsin Idea is that an important function of the university is to improve people’s lives beyond the classroom.

Mayor Barrett called Sojourner “a progressive force in the community” and contrasted it with “a regressive era” in state government. He criticized Republican lawmakers for supporting a bill to end the 48-hour waiting period required for purchasing handguns. Noting that the bill would have the greatest negative impact in the area of domestic violence, Barrett said, “I think we have to put our collective energies into coming up with solutions that prevent violence and do not create more violence.”

Garada, a survivor and former client of Sojourner, said she came to speak from her own experience and to represent other survivors as well. “I wish this app was … here when I was going through my problems,” she said.

Luljak noted that the students who created the app chose the project themselves and were not paid for their work. “We allow our students to select the projects that they are going to dedicate many, many hours to and this is one that was very special to them,” he said.

UWM senior Anthony Jesmok, one of the founders of the App Brewery and a member of the Sojourner app development team, said the project gave him an opportunity to make an impact and to save lives. “I think about that every day.”

Garada urged those who are living in violent relationships to use the app. She cautioned them not suffer alone or wait until it’s too late.