"Milwaukee’s walkability is really a great asset for those of us that live downtown." 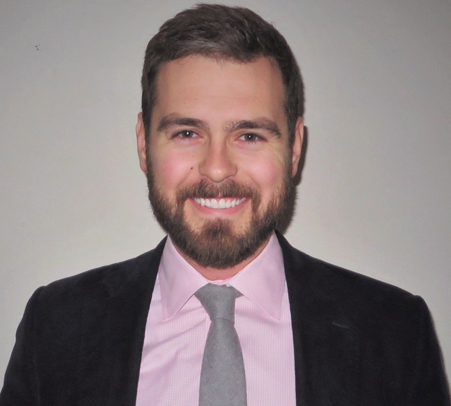 My job title is Research Analyst for Fiduciary Management, Inc. (FMI), an investment firm located in downtown Milwaukee. I search for and study businesses in several industries and write reports (for internal purposes) on businesses that we believe to be undervalued. The task is always kept very interesting by the variety of companies and geographies that we consider, but while there is infrequently a need to travel, it is more often than not a solitary trade. Because the role can be solitary, it has been important to find a couple of organizations that are always bringing new people together (tip of the hat to NEWaukee).

At the end of 2009, I left a similar job in downtown Boston (a major hub for this sort of work) for my current job and life in Milwaukee. I have roots in the Milwaukee area, but like others who have left for several years and then returned, I was never well acquainted with the city as a kid, so almost all of it felt brand new to me. After five years, my “to-do-or-visit” list has not gotten any shorter.

What do you think of Milwaukee as a place to work and do business?

I think Milwaukee is a great place to work. Others in our industry must agree, because there are really quite a few interesting investment firms in Milwaukee. My work commute, a ten minute walk, is the best. Limited public transportation options are widely discussed, but Milwaukee’s walkability is really a great asset for those of us that live downtown.

How does Milwaukee vary from other cities you’ve lived in/visited?

Having lived in Boston for several years, I will draw my contrasts here. First a disclaimer: I really enjoyed living in Boston. Now, let’s go to the numbers (and distort them just a little). Milwaukee is part of the 39th largest Metropolitan Statistical Area (MSA) in the United States (though Nielsen ranks Milwaukee a bit higher at #35 as a “DMA,” for TV market purposes). Boston is part of the 10th largest MSA, but Boston is constantly feeding an inferiority complex by comparing itself to New York in every way possible. The funny thing is that the 2013 actual population of Boston proper (646 thousand) has more in common with Milwaukee (599 thousand) than New York City (8.2 million). Yes, the population in the surrounding areas starts to weaken my argument, but you get the point. I have come to prefer a city that is more realistic in its sense of self. It is often said that people in the Midwest are actually nicer, and I think this may be one of the reasons why.

What do you think of Milwaukee as a place to socialize and play?

I want to use this space to commend Milwaukee’s progress in two areas over the past five years. First, the restaurant scene feels like it has been turned up to eleven. I have fallen way behind on my list of cool new places to try (and this is just the list for Walker’s Point). Second, there are more places and better options for “being active.” I can count at least nine gym or work-out locations and at least a couple of bike shops (and Bublr Bikes!) downtown that did not exist five years ago. As such, Milwaukee is becoming even more creative in its efforts to combine “activity” with beer holding and even beer drinking. We now have The Milwaukee Beer Run. I think it is great that Fore! Milwaukee (golf simulators) seems to having some success, and I should note that I have seen some folks break a real sweat at Evolution Gastro Pong (as it is now called). There are now even places like Splash Studio and 42 Lounge that cater to those who prefer their “with beer” activity to take place below the wrists.

What strikes you as the most unique thing about Milwaukee?

The Lake! The lakefront gets a lot of attention, but I am talking about the actual lake. Get out there. Go take a sailing lesson at the Milwaukee Community Sailing Center (MCSC) or rent a kayak or a pontoon boat (there are actually plenty of places on the river to stop for lunch or a drink). Getting out on the water is so much more accessible here than it is in a place like Chicago. So far, both Uber and Lyft have rebuffed my suggestion to start a seasonal Milwaukee river taxi, but I still think that would be great (think about it NEWaukee).