Oh, the records Walker would set, including first county exec rising to president and biggest age deficit between president and first lady. 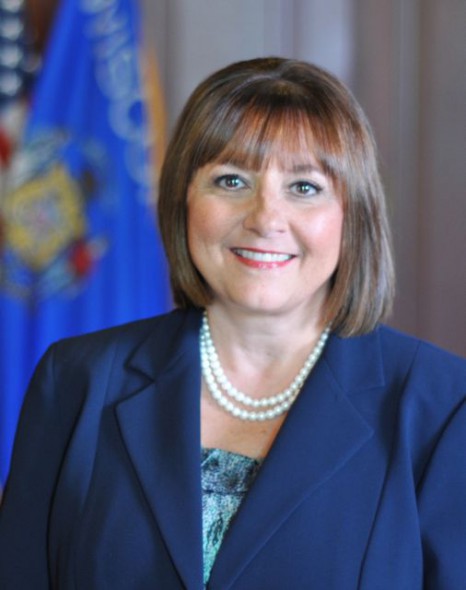 It’s been his ambition since at least since at least college, and if Scott Kevin Walker becomes the nation’s chief executive on January 20th, 2017, he will set some new records that will live on in Wikipedia. But the most dramatic record smashing will be accomplished by his wife, who will be by far the oldest first lady, compared to the age of her president, in American history.

President Scott K. Walker would be 49 years, 79 days old on his inauguration, displacing James A. Garfield from the number 8 position among the youngest presidents.

Presidents who were once County Executives [1st]*

*Scott Walker would be the first person to become president who had formerly held the title of “County Executive.”

However, this comes with an asterisk. Harry S. Truman, before Walker the most recent president lacking a college degree, served as the Presiding Judge of Jackson County, Missouri from 1927-1935. The elective office, which did not require a law degree (although Truman studied for one), was an administrative, not judicial position. The title was changed to “County Executive” in 1973.

The only former County Executive to appear on a Presidential ballot was Republican Spiro Agnew of Maryland, who was Richard M. Nixon‘s first vice president before resigning in disgrace. Agnew was elected the County Executive of Baltimore County in 1962. Agnew, like Walker, used his county position as a stepping stone to the Governorship, running as a reformer and an outsider.

Tonette T. Walker would be the third oldest woman to become first lady of the United States. On January 20th, 2017, when the new president is inaugurated, Tonette Walker would be 61 years, and 92 days old.

The oldest woman ever to become First Lady was  Anna Symmes Harrison, wife of  William Henry Harrison, who became first lady in 1841 at the age of 65 years, 222 days. Her husband died a month later, before Mrs. Harrison made it to Washington. She never lived in the White House, but instead survived another 23 years, helping to raise her grandson and future president Benjamin Harrison.

The second oldest woman to become First Lady is Barbara Pierce Bush [Mrs. George H. W.], who was 63 years, 226 days old when she became first lady. She is still living, and is the mother of former president George W. Bush. The likelihood of older first ladies being the ancestors of future presidents should give Mrs. Walker some consolation as she takes her office in the East Wing. She has two sons who are interested in politics, as is she.

First Lady Older than Her Husband in Years [1st]

Among the seven first ladies (including herself) to be older than their husbands, Tonette Walker would take first place by more than seven years.

Tonette Walker, who was widowed at 30 before marrying the 26-year old Scott Walker in 1993 at age 38, would be the fourth widow to serve as First Lady. There were also three widows who married future or past presidents but never served as first ladies. The full list, please:

Martha Washington is the first widow to be first lady. She was 25 when her first husband, Daniel Parke Custis, died. She was 27 when she married the younger man who would become the nation’s first president.

Thomas Jefferson was married to Martha Wayles Skelton, who had been widowed at 20. She died, at 33, before Jefferson took office, and was never first lady.

Dolley Madison was the widow of John Todd when she married future president James Madison at 27 in 1804.

Millard Fillmore married Catherine Carmichael, a wealthy widow, in 1858, five years after the end of his term. She was never first lady.

Benjamin Harrison married widow Mary Scott Lord when he was 62 and no longer president. At 37, she was 25 years younger than the former president. She was also the niece of the former president’s older first wife, Caroline Scott Harrison. His children, “horrified,” did not attend the wedding of their father and young second cousin. She, too, was never first lady.

Edith Bolling Galt Wilson was the widow of a Washington, D.C. jeweler when she married President Woodrow Wilson in December, 1915. That was the most recent wedding of a sitting president. Nineteenth century presidents John Tyler and Grover Cleveland also married while in the White House.

4 thoughts on “Plenty of Horne: Wikipedia Edits for President Walker”