By Dave Schlabowske, Bike Federation of Wisconsin - Feb 20th, 2015 11:26 am
Get a daily rundown of the top stories on Urban Milwaukee 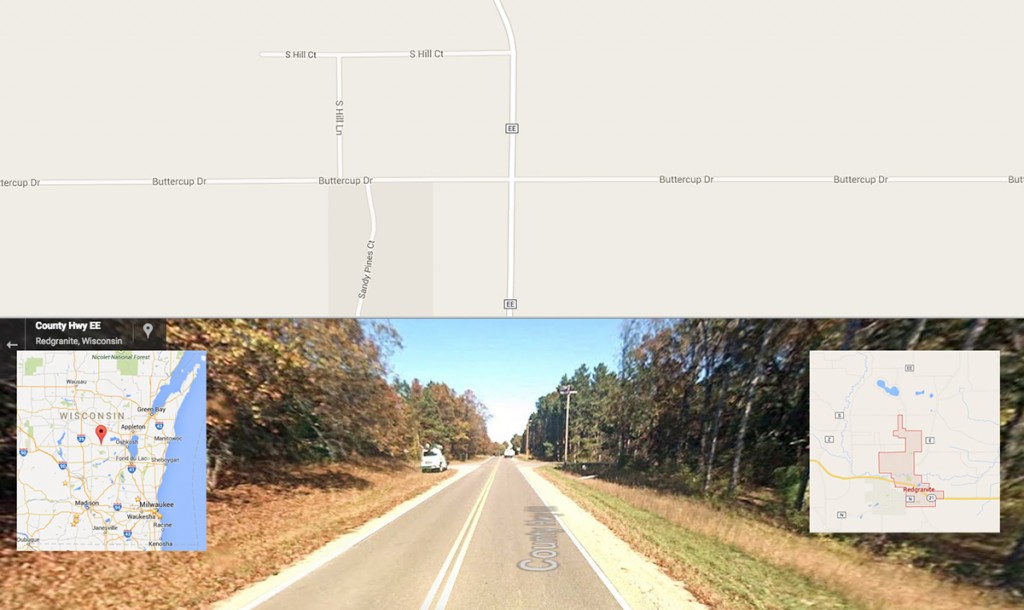 Streetview shows County EE does not have paved shoulders in the area near the fatal crash.

The tragic death of cyclist James Shafer in Waushara County over Valentines Day weekend – the first-such fatality of 2015 – might have been prevented had the road he’d been riding on had a paved shoulder or paved trail. Paving that shoulder and building new trails to prevent future tragedies, improve health and boost local economies are somewhat less likely to happen under Governor Scott Walker’s proposed state budget.

A key part of his proposed 2015-2017 budget involves the Transportation Alternatives Program (TAP), one of the few programs at the federal or state level to help fund projects for cycling and walking. Walker has proposed eliminating all state support for TAP, which stood at $2 million over the last two years. (It had been more in previous years.) His action would leave the federal money in the program. That’s about $14 million over two years. So, all told, the governor’s 100 percent cut in state funding for TAP would mean a 14 percent cut to the entire program. On a percentage basis, the complete elimination of state funding for this program dwarfs the much-discussed, 13 percent cut in state funding for the UW System.

In the current grant cycle about two-dozen grants were awarded to local governments while several dozen were turned down. There’s much more demand for the program than available resources even under its current funding level.

To make matters worse, in the most recent federal transportation act, passed in 2012, the overall funding for TAP (which had been three separate programs) was reduced. So, the governor’s budget is really a double-whammy.

Since the inception of these programs (which have had various names over the years) in 1993, about 700 projects have been funded all over Wisconsin.

Here are some examples of projects that were awarded in 2014:

The program requires a 20 percent local match, which creates local buy-in and helps the money go further. So, this has really been a great partnership between the national, state and local governments. The governor would take the state out of the partnership entirely from a financial perspective, yet the state would still approve the projects.

One of the arguments against TAP is that funding for it comes from federal and state gasoline taxes and, since bicyclists and pedestrians don’t pay those taxes, projects that benefit them shouldn’t be funded from gas tax revenues. So, let’s address those concerns head on. 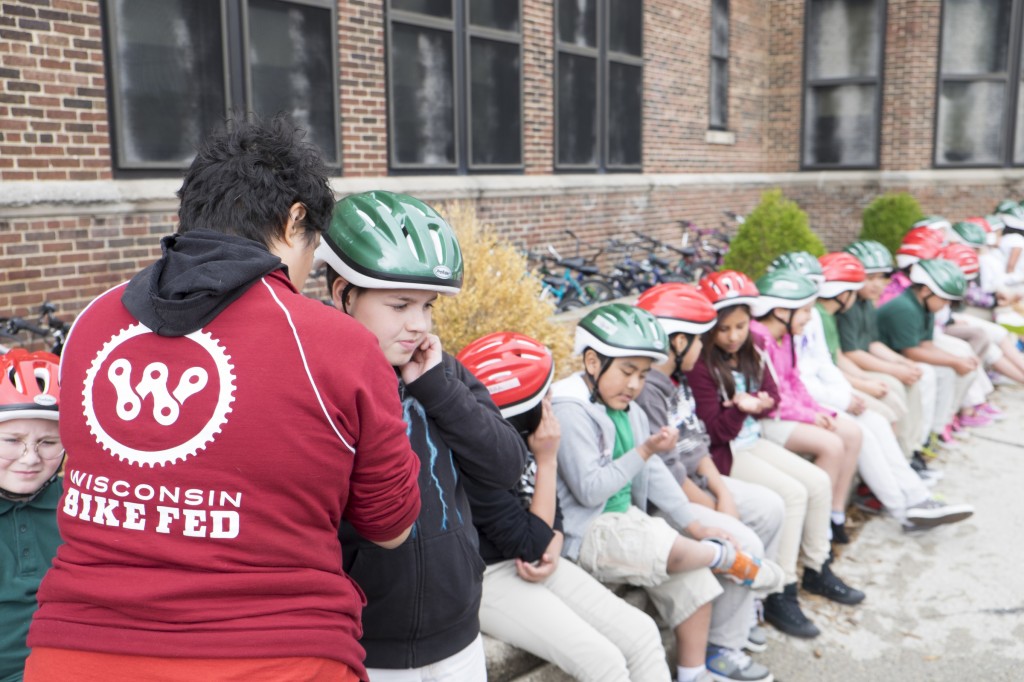 First, most of us who ride bikes also drive cars. We do pay gas taxes; we just don’t pay them when we bike, although even there many of us drive to locations where we do recreational cycling.

Second, as motorists we don’t pick up the full tab for driving either. Most roads and streets are under local jurisdictions and so their building and repair is handled through the local property tax, not gas taxes.

Third, as cyclists we put virtually no wear and tear on roads. For those of us who commute or do errands using our bikes we’re contributing to society by saving our streets, taking up less space on those streets, creating less demand for expensive car parking and contributing nothing to air and water pollution.

Fourth, some of what might be built with cyclists in mind is also good for drivers. Take that paved shoulder that might have saved the life of James Shafer. Paved shoulders also create safer stopping areas for drivers and they prolong the life of the road.

At only $2 million, TAP accounts for far less than one percent of the almost $1.4 billion the Wisconsin DOT says it needs over the next two years to make up the difference between current revenues and road construction and maintenance needs. As such, it’s important to note that eliminating this funding was not the idea of the DOT. It was not in the department’s proposed budget. Instead, the cut came directly from Gov. Walker.

So, where do we go from here? We are working towards a budget amendment to restore the $2 million to be offered in the Joint Finance Committee sometime this spring. We’ll keep you updated as that vote gets closer.