Chapman's, the city's first department store for upscale buyers, was the last word in elegance for Milwaukee. 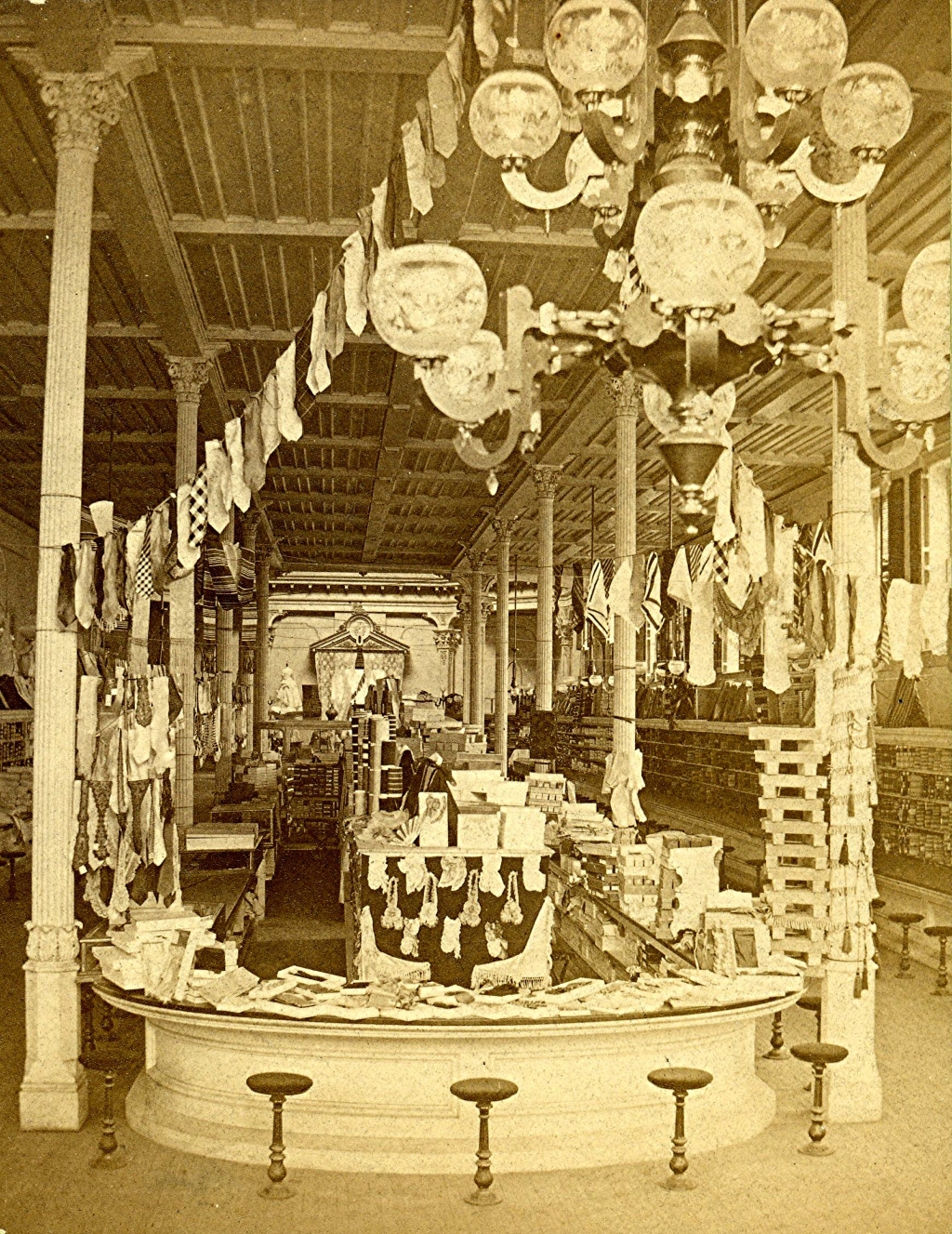 The new T.A. Chapman department store was the height of retailing elegance, definitely for the up-scale market of the day. This is an 1873 view of the new store on the street level by the main entrance. There were three levels.

Note the elegant glass gas chandelier, the ornamental cast-iron columns and the coffered wooden ceiling. All very attractive but not especially fireproof.

Note the wide array of merchandise. There are handkerchiefs and men’s ties suspended from the ceiling. Some of the ties are quite gaudy for the conservative Victorian era! There are rows of stools where customers would sit while clerks bring the merchandise to them. Chapman’s was way ahead of future department store rivals.

As we noted in previous our story, the opening of this store had less-than-ideal timing, coming just as the Panic of 1873, an economic depression that would last six years, hit the country. But Chapman’s was a huge success anyway and would last at this location, advertising itself as “The Store for Quality Merchandise,” until it went out of business in 1981.