Another retail store run by another Glorioso, and the selection of clothes and shoes looks lovely. 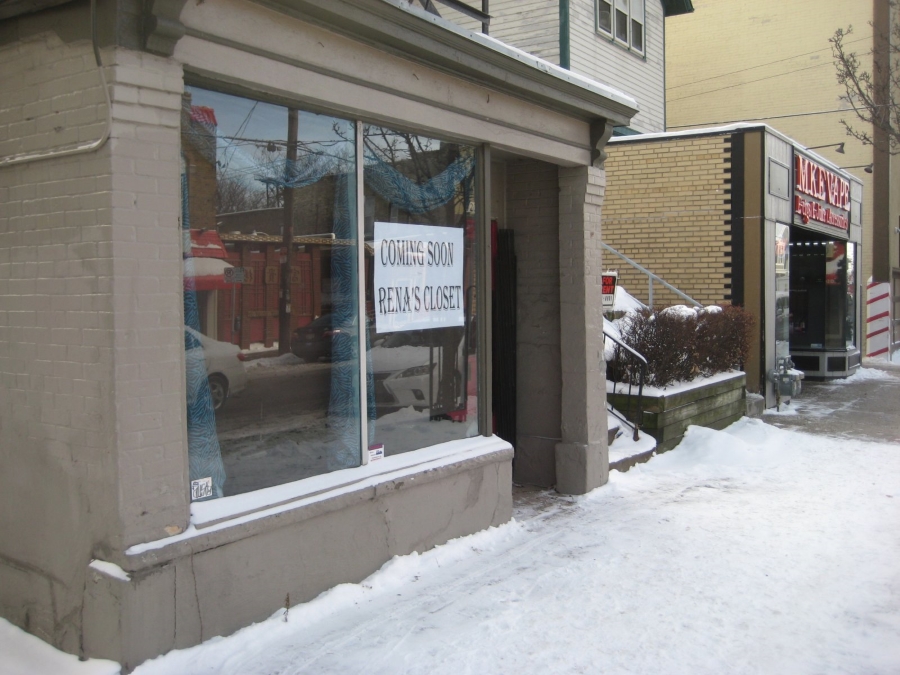 I’m not sure what the activity level is at the Chase Bank Middle-Market Commercial Customer Service Department these days, but it has to be a whole lot less lively than it was for the 30 years that Rena Glorioso worked there.

The bank let her go in December, she said, and it didn’t take more than two weeks of inactivity for this diminutive bundle of energy to begin getting “antsy” for something to do, as she tells me.

So she decided to open a Brady Street boutique.

“Rena’s Closet : A Little of this and a Little of that,” is scheduled to open in mid-January, she says.

It had better open. “I’ve already got two months of rent into this,” she said during a recent visit as she flitted around readying the store at 1023 E. Brady St. You don’t last 30 years in a bank by throwing money away. 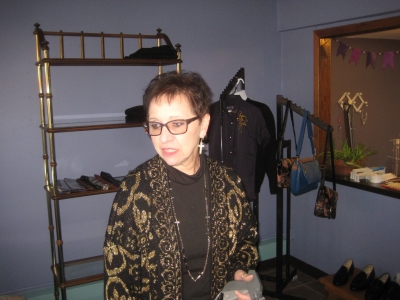 The little of this and that in the shop includes “Women and men’s slightly used and new clothing, knickknacks and jewelry,” she wrote on a Twitter message in December.

On the freshly painted walls hang displays of men’s and women’s clothing, including some buttery soft shoes and silky men’s ties in the front room of what had been an accounting or real estate office — when it hadn’t been vacant.

To the east of the store is Art Smart’s Dart Mart & Juggling Emporium, Fazio’s cleaners and Peter’s barber shop. Next door to the west is a vape shop, and on the corner is Glorioso’s Italian Market, founded by Rena’s late father Joe Glorioso in 1946.

Her shop may be a new adventure for Glorioso, but it is in her blood.“I used to help at the store across the street when I was a child,” she remembers, glancing out the curtained window at the original Glorioso’s location, now used as a kitchen and demonstration area.

Glorioso has short brunette hair that matches the frames of her designer eyeglasses. She wears white cross earrings, a lovely pullover top and a gold embroidered sweater accented with a gold chain. Only a glance at her foot slippers gives a clue that this is her working outfit while she puts her shop together.

Heavens knows what she wears when dressing up, but Rena’s Closet is full of choices. On a table are matching red shoes, belts and handbags alongside an elegant brown leather envelope bag. More purses, including a sumptuous yellow evening bag, hang in a closet within Rena’s Closet. A floral-patterned dress on a mannequin appears ready to waltz onto center stage, provided you’re svelte enough to fit into it.

If not, there are plenty of alteration shops in the vicinity, and Rena looks like she is handy with a needle herself.

Leaving the place where she had worked since the days it was the Marine National Exchange Bank was tough, she says, but she has no hard feelings and just a few regrets. “There are some people I miss greatly from work,” she says. But they will all be invited to some special pre-opening events, Glorioso adds.

Even with three decades of employment experience behind her, it is understandable that Glorioso, considering her situation, continues to work. People in this family don’t tend to die until they are in their nineties, so she’s probably got a third of her life ahead of her. Glorioso’s dad, Joe, was 91 when he died in October 2013. Her octogenarian uncles Eddie and Ted still work in the family grocery, while Ted also moonlights running a jewelry and gold store across the street upstairs from the old shop. Her brother Felix co-manages the grocery with Ted’s son Michael, himself retired from a successful career in the beverage industry.

“My dad would spend his two weeks in Florida every year. He’d get antsy and go to the grocery store there and rearrange the produce,” she remembers.

Not only is the family store convenient — a note on the door tells delivery people to drop off packages there if she’s not around — so is Glorioso’s home.

Rena Glorioso lives next door to the home where she grew up, on the very same block as her store, and doesn’t even have to cross the street to get there. Now, that’s an ideal urban commute. 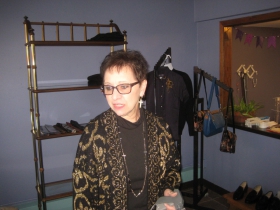 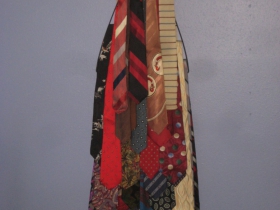 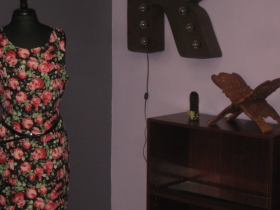 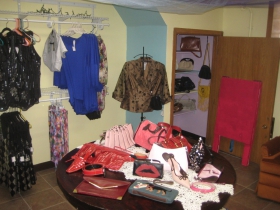 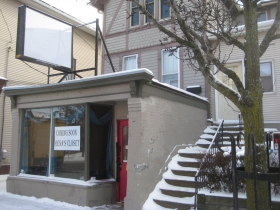 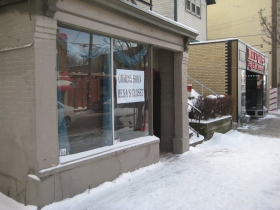