By Brendan O’Brien, Milwaukee Neighborhood News Service - Jan 2nd, 2015 11:14 am
Get a daily rundown of the top stories on Urban Milwaukee 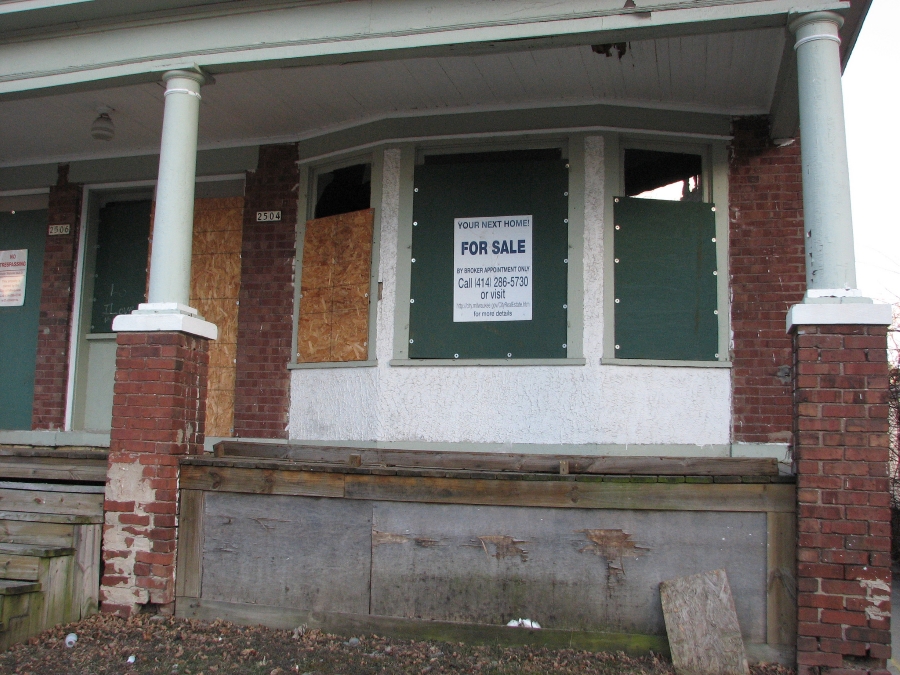 After years of dealing with the violence and poverty that surrounded her and her three children, Sytoria finally moved out of Milwaukee’s central city.

She found a nice, quiet and clean apartment in a safe suburban community, where she could keep the doors unlocked at night. But the 30-year-old black child care worker who makes $10 an hour was in for a rude awakening.

“We couldn’t afford to live way out there … it wasn’t pay check to pay check any longer, it was more like robbing Peter to pay Paul,” she said outside of her apartment at the corner of 34th and Center streets, where she helped a friend grill baby-back ribs.

After a few months of paying $875 in 2012, Sytoria (who asked that we not use her last name) made the difficult decision to move back to the city, where she now pays $500 in rent and must deal with deadly violence and sub-par schools, she said.

“Safe is what you make it, as you got to know who to talk to and who not to talk to. We just watched someone get shot down on this damn street,” she said. 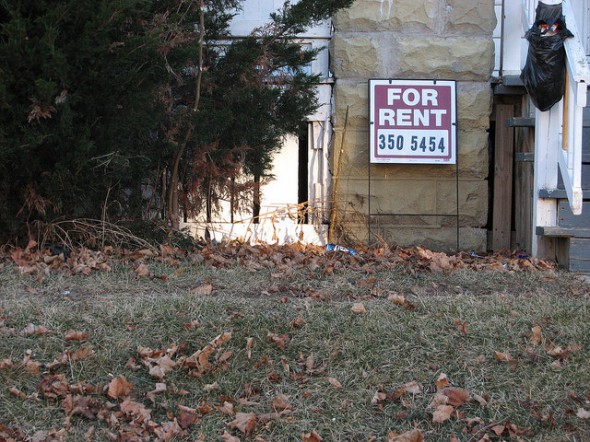 Although the Fair Housing Act passed more than 40 years ago, Sytoria and many like her who reside in the city have no choice in where they live, according to said Bill Tisdale, president and CEO at Metropolitan Milwaukee Fair Housing Council.

“Fair housing is about people making their own decisions and that those decisions are not made for them,” he said.

The act, an outgrowth of Lyndon B. Johnson’s Great Society, which included the War on Poverty, calls for the U.S. Department of Housing and Urban Development to combat discrimination in the rental or sale of housing.

Adopted in 1968, it also calls for “affirmatively furthering fair housing,” bureaucrat-speak for a proactive attempt to increase access and equal opportunity to housing as a way of reducing segregation. But the Fair Housing Act as an affirmative action tool to “dismantle the ghetto and those barriers that prevent individuals from having equal access,” has lagged, Tisdale said.

“We have some communities that don’t even have rental housing,” he said. “So if I’m going to make a choice as to what community to live in, my choice has already been made for me based on affordability.”

Sytoria lives in the most racially segregated city in the United States, according to a widely cited study by the Martin Prosperity Institute. Other studies during the last three decades have also shown strong links among segregation, poverty and violence in major cities such as Milwaukee.

“The historical question is whether the Fair Housing Act in and of itself could have ever achieved a level of racial integration and equity that we criticize it for not having accomplished,” said Kurt Paulsen, a professor of urban and regional planning at University of Wisconsin-Madison. “In many ways, patterns of segregation and concentrated poverty are the unfinished agenda of the Civil Rights era.”

Paulsen partly blames the high levels of segregation in urban areas such as Milwaukee on residential zoning laws and development plans in the suburbs that greatly dissuade or outright prohibit affordable housing. These laws have gone unchallenged by HUD due to political resistance and underfunding, he said.

In addition to addressing restrictive zoning and development plans in neighboring municipalities, other affirmative action approaches include ensuring that lending patterns are in compliance with the law and insurance rates for houses are fair, Tisdale said.

“So what we look at as far as the effectiveness of the act is not only if people are complying, but are they taking these extra steps to ensure that these barriers are broken down,” Tisdale said. “That’s a much slower process.”

One of the most aggressive but rarely used ways suburban zoning restrictions that cause segregation can be challenged is by withholding community development block grants, a financial instrument used by the federal government to help fund local projects.

Withholding funding could increase under a HUD Affirmatively Furthering Fair Housing proposal that requires municipalities to develop a desegregation plan.

Tisdale said that suburbs have an obligation to advance fair housing, but many do not make any attempt either to allow or develop affordable housing. Some municipalities mask their intentions by restricting family housing, a code word for describing housing for minorities who tend to have larger families, he said.

“Those are the kinds of things we are battling. It’s subtle. It’s not like it was in the 1960s when you went out and got a door slammed in your face,” Tisdale said.

The affirmative enforcement of the Fair Housing Act butts up against current political realities in terms of how much the federal government should dictate state and local policymaking and community development, according to Paulsen.

“If you believe in a free market in housing and property rights, then why can’t a developer build multi-family housing in your community that is responding to market demand?” Paulsen asked. “When zoning says only single-family homes are allowed to be constructed here, is that really ‘housing choice and the free market,’ or is it a very high degree of government regulation combined with strong federal subsidies?”

Tisdale suggests that access to affordable housing outside of the inner city is the key to breaking the generational cycles of poverty in cities. His proof is the Gautreaux Project, a housing-desegregation project in the Chicago area that began in 1966 as a result of a lawsuit filed by a public interest law group against the Chicago Housing Authority and HUD that resulted in more than 7,000 black families moving into more affluent white suburbs.

Stan, a 57-year-old black welder, who did not wish to give his last name, suggested that inner city residents don’t want to move to the suburbs, regardless of what studies show. Although many people in his neighborhood struggle financially, they find comfort in living near family and friends, he said.

“It’s like the house you were raised in. You are more comfortable in that house where you were born and raised in than somewhere else, so they tend to stay,” said Stan, a homeowner near Chambers and 18th streets. “The people have got to want to change.”

Zoning restrictions and the lack of affirmative action enforcement in housing are more responsible for segregation and inner city poverty than a lack of will on the part of poor people to work or to obtain an education, Paulsen said.

“There’s an ideology … that seems to suggest that people’s lot in life is mostly due to forces within their control and therefore the wealth of the suburbs is due to virtue and effort, and the poverty in the central city must therefore be due to some deficiency either within individuals or cultures,” Paulsen said.

“But when you think about fair housing and the structure of metropolitan development patterns, you come to understand that ideology is exactly wrong.”