Created by Casper Hennecke, it became the subject of a popular Milwaukee postcard. 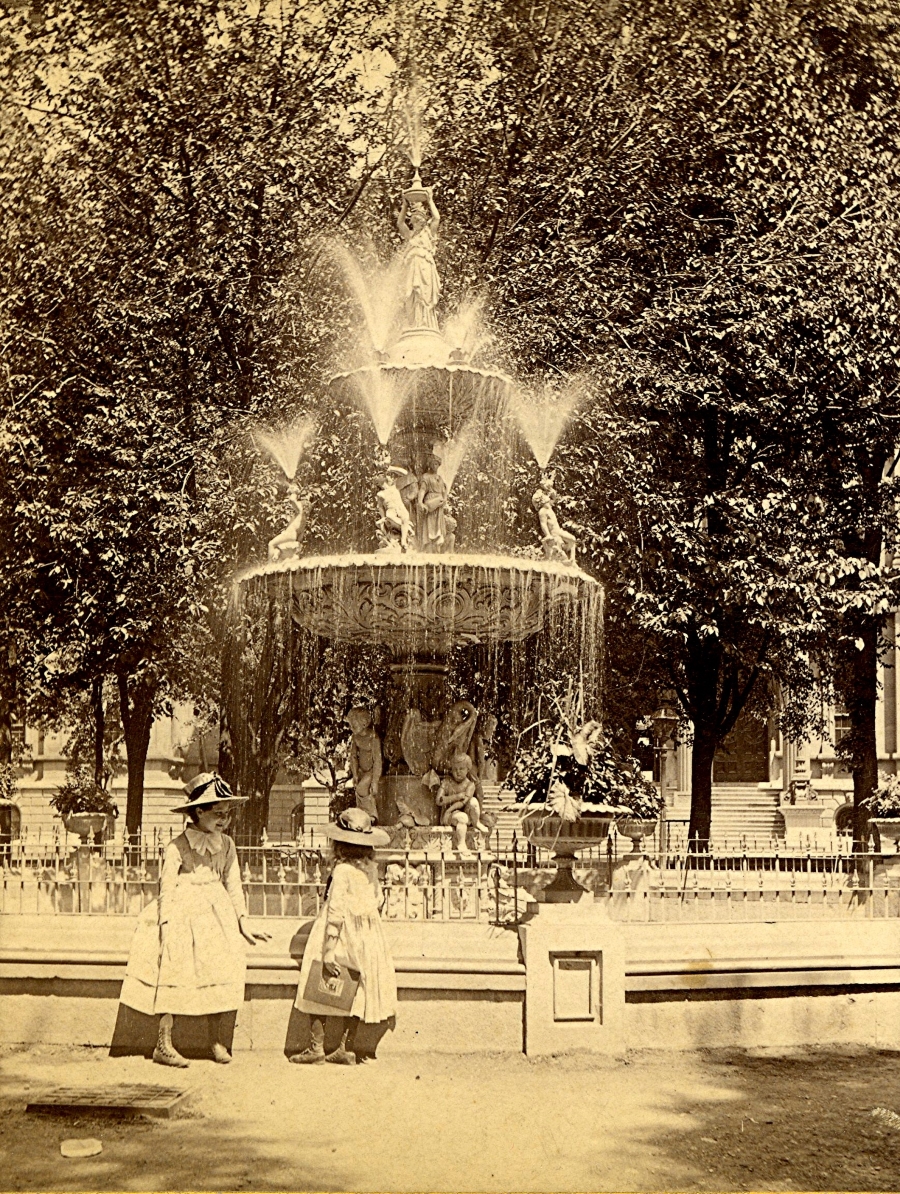 When the new Milwaukee Courthouse was completed in 1873 this grand new building called for improvements to the public square. By 1877 the improvements would be in place with an ornamental fountain as its centerpiece. This is a view of the fountain taken about a decade later by noted photographer H. H. Bennett, who did many classic photos of Milwaukee from this era.

Water nymphs with flutes perch on the larger of the fountain’s two cast iron bowls, and the bottom of the fountain was supported by a cluster of winged cherubs. It was designed by Hennecke and Co. Casper Hennecke was a German immigrant who lived in Milwaukee and specialized in creating art work, statuary and fountains from the mid to late 1800s until his death in 1892. This fountain was a very popular subject of Milwaukee postcards.

Hennecke built another similar, but smaller fountain installed one year later at the Soldiers Home. The two have sometimes been confused.

Unfortunately after the demolition of this courthouse in the late 1930s, this fountain would languish and ultimately be removed. Its fate remains a mystery.